In our weekly roundup, we look at train routes through Germany and far beyond, difficult-to-translate German phrases and how much you need to earn in Germany to be considered well-off.

Travelling by train in Germany and beyond

After the stress of the past few years with Covid and a turbulent 2022, people are excited to get out and explore. So there’s been lots of excitement in the past few weeks as we’ve discovered new international train routes connecting more parts of Germany with the rest of the world. For instance, starting at the end of March, Sweden’s national railway SJ is extending its night train to Berlin.

The company launched its night train between Stockholm and Hamburg in September last year, but it will soon stretch the EuroNight service to Berlin, which is great news.

But it’s not just northern Germany that’s benefitting from new routes. The southwest also has new daily services with sleeper cars to transport people to exciting destinations further south. For instance, there’s a new Nightjet service starting at the Baden-Württemberg capital and heading to Göppingen, Ulm and Augsburg before ending up in Venice. We chatted more about international train travel in the Local’s Germany in Focus podcast this week - check it out here.

We’re visiting the world of football this week, because this tweet demonstrates how German idioms can be a little confusing to non-native speakers… and often do include a reference to “Wurst”. 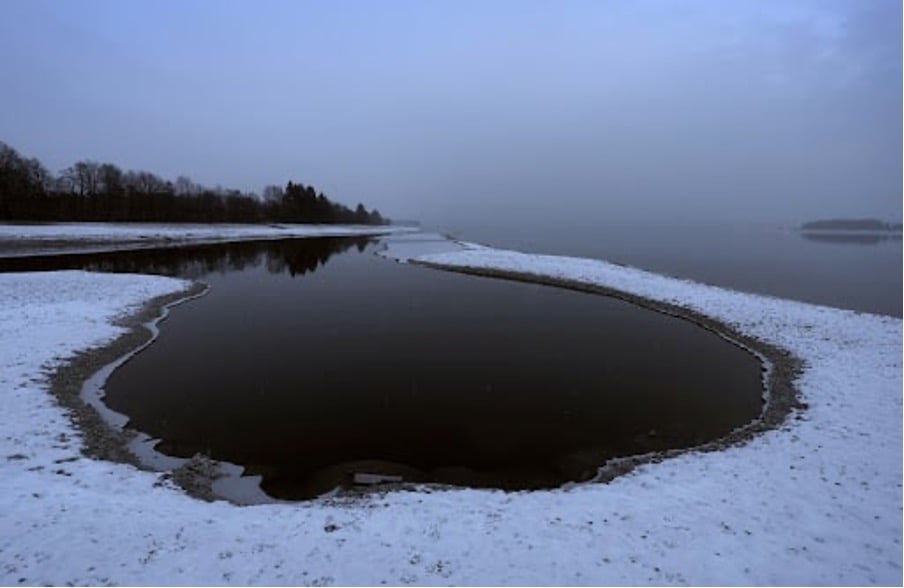 As winter weather returned abruptly to Germany this week, this photo shows the remaining water of the Forggensee in the snow. The reservoir, fed by the River Lech, is drained for the winter season. The lake is also known as the Roßhaupten Reservoir and lies north of Füssen in Ostallgäu, Bavaria.

You might be wondering how much you have to earn in Germany to be considered well-off. Of course, that depends on where you are living, whether it’s the likes of Hamburg or Munich - where the cost of living is higher - or a smaller town. Plus an income doesn’t bring in other assets that rich people often have, like more than one property or shares.

One of The Local’s journalists Aaron Burnett recently dug up the most recent figures (from the end of 2021), which found that a single person bringing in €3,700 a month after taxes qualifies as rich as Germany - because it puts them in the top 10 percent of earners. For a couple without children, the combined salary is €5,550.

Meanwhile, the Institute for German Economy (IW) data says that a net monthly salary of €4,560 would place a single person in the top one percent of earners. And for a couple without children, it amounts to €7,190.

However, the Labour Ministry sees it differently. It says that anyone who earns triple the average monthly net German salary (€1,900) qualifies as rich - that would amount to €5,700 per month.