Volodymyr Zelensky, President of Ukraine, speaks via livestream during a demonstration by the Europa Union Frankfurt against the war in Ukraine earlier in 2022. Photo: picture alliance/dpa | Sebastian Gollnow

Zelensky will make his speech Thursday via video link at the five-day annual fair, which attracts tens of thousands of visitors from around the world and hundreds of exhibitors.

His wife, Olena Zelenska, is also due to speak at a side event.

Russian state institutions usually in charge of running their nation’s stand have been banned with prominent opponents of President Vladimir Putin instead given the stage.

The fair “has maintained close ties to the Ukrainian book industry for many years”, said the event’s director, Juergen Boos.

“We therefore want to offer direct support to our Ukrainian colleagues now as they withstand the Russian attack.”

The 2022 edition marks a return to near normal after what Boos called “two difficult years” because of the coronavirus pandemic. The 2020 fair was almost fully digital, while last year’s was muted with many authors joining only via video link.

This year’s event has no restrictions, although the number of countries represented – over 80 – is still below the level at the last pre-pandemic fair in 2019.

One of the most high-profile Ukrainian attendees will be Zhadan, a writer, translator and musician, and a key figure in the country’s literary scene.

The author, who has put his writing career on pause as he focuses on humanitarian aid and supporting the Ukrainian army, will read his poems at the fair and be interviewed.

While several other prominent events have been planned around Ukrainian writers and publishers, the fair will also offer a platform to Russian
dissidents and opponents of Putin.

Popular Russian science fiction writer Dmitry Glukhovsky – recently labelled a “foreign agent” by Moscow and put on a wanted list after denouncing
the war in Ukraine – will also be appearing.

Lighter subjects are also on the agenda, however, with an in-depth look at #BookTok, a growing community on social media network TikTok where users make
short videos reviewing and discussing books.

Spain is this year’s official guest of honour, and the fair will be opened Tuesday in the presence of Spain’s King Felipe VI and his wife Queen Letizia, as well as German President Frank-Walter Steinmeier.

The huge gathering dates back to the Middle Ages, with the first fairs taking place shortly after the Gutenberg printing press was invented in nearby Mainz in 1436.

Meanwhile, on Monday Swiss author Kim de l’Horizon shaved their head on stage after winning the prestigious German Book Prize on Monday, in a show of solidarity with the women protesting in Iran.

“This award is not just for me,” the author, who identifies as non-binary, told the audience at the award ceremony in Frankfurt.

“I think the jury chose this text also to send a signal against hatred, for love and for the fight of all those people who are being suppressed because of their bodies,” they said.

After being announced as the winner for their debut novel “Blutbuch” (Blood book), the moustachioed author took to the stage and sang a song, before using an electric razor to shave off their hair on the podium.

The German Book Prize honours the best German-language novel of the year and comes with a €25,000 prize.

The award ceremony traditionally precedes the start of the Frankfurt book fair, which runs until Sunday.

Iran has been rocked by a wave of protests since 22-year-old Mahsa Amini’s death last month, days after she was arrested by the morality police in Tehran for allegedly violating Iran’s strict dress code for women. 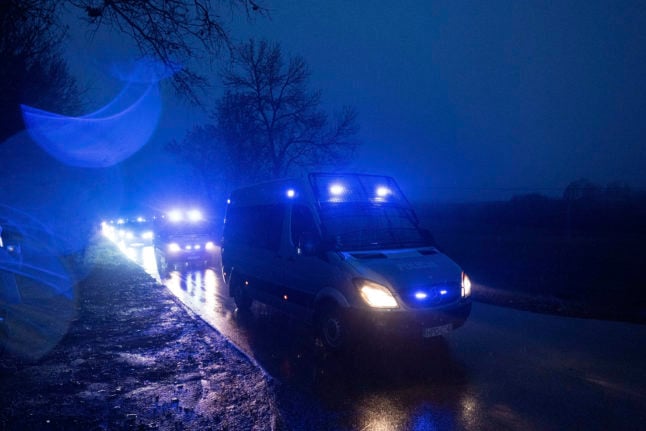