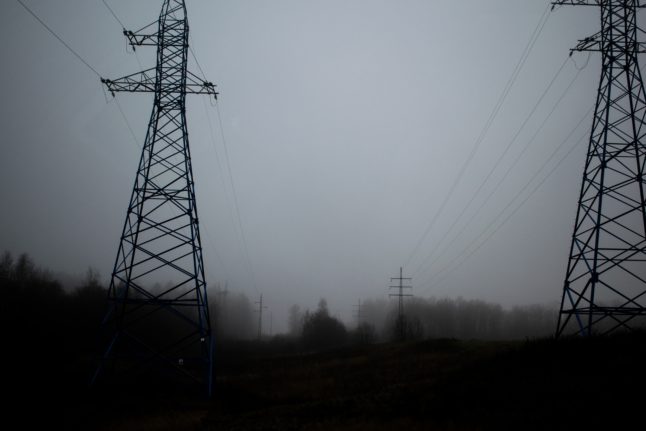 There's plenty you can do to prepare for a power outage. Photo: Nick Fox on Unsplash

Although full-scale blackouts are unlikely, Germany’s grid authority warned in September that if gas shortfalls led people to switch to using electrical heaters en masse, then certain regions could be at risk of short blackouts as the power grid could become overloaded.

We’re worryingly dependent on electricity – it’s not just lights and myriad electronic devices that need power, but heating and water systems, too. So although power outages are generally resolved in a matters of hours at most, it’s good to be prepared in the event that it takes a bit longer to get things back up and running again.

Germany’s Federal Office for Civil Protection and Disaster Assistance (BKK) agree. “Regardless of the current situation”, BKK considers it “advisable to generally think about the consequences of a power cut as part of your own precautions”, Tagesschau reported.

Here are some things you can do to make sure you’re prepared in case the lights do go out this winter.

What if there’s no light?
The BBK advises that people prepare for power cuts by keeping emergency alternatives at home. Think candles, matches, lighters and torches – ideally solar or battery-powered ones (don’t forget the spare batteries!) – but you can also get emergency wind-up ones. Glowsticks can also be a fun way of providing some light (and amusement).

What about if there’s no heating?
Although less than five percent of Germans use electricity to heat their homes, power’s still needed for gas or oil heating to work (for example, circulation pumps and controls need it). So no electricity does still equal no heating.

You’ve got an easy alternative if you’ve got a fireplace or a wood-burning stove, just don’t forget to stock up on coal, wood and kindling.

Even if you don’t have these, BKK say it may be possible to get an alternative heating source installed in your home – but you’d need to seek expert advice on the practicalities of this.

Or just do it like they did in the olden days – pick one room to spend most of your time in, shut all the doors so that heat can’t escape and cuddle up in warm clothes, blankets and sleeping bags, if you have them. If you’re using candles for light, though, you’ll still need to ventilate the room regularly to make sure you’ve got enough oxygen – candles and people need that O2!

What can you do about electronic devices that need charging?
Make sure you keep things like laptops and mobile phones fully charged as standard. It’s a good idea to invest in some solar-powered battery chargers or power banks, too, just in case there’s an outage.

Having an old-school wind-up radio can also be helpful in the event of an extended loss of power. Not only is it a potential source of entertainment, but if all your electronic devices conk out, at least this way you’ll be able to hear the news or any broadcasts from the authorities if the outage isn’t resolved quickly.

And if you’re thinking your landlord might supply an emergency power generator to help you out, you might be disappointed.

“If the landlord is not responsible for the power failure, for example if the energy supply fails, then the tenant has no right to an emergency generator,” ” said the chairman of the Stuttgart Tenants’ Association, Rolf Gassmann, Tageschau wrote.

What about cooking?
Maybe you’ve got an older gas-fired oven, in which case this might work without electricity. Otherwise, hunt out a camping stove (plus fuel) or, if you’ve got some outside space, maybe a wood or gas-fired barbeque or grill.

All of these should only be used outdoors because of the risk of carbon monoxide emissions or gas leaks.

What about food supplies?
You don’t need to go full on survivalist ‘prepper’, but as a rule of thumb, it’s recommended to stock up on about ten days’ worth of food and drink.

Each person will need about two litres of water per day. For food, keep some tins, grain products and other non-perishable foods  – like long-life milk, canned soup, tinned fish and dried fruit and nuts – that don’t need refrigerating in the cupboard.

Helpfully, BKK have put together a checklist (in German) of different food types and amounts you’d need for ten days, as well as a list to tick off to make sure you’ve got all your bases covered in the event of an emergency.

How long will food keep for in the fridge/freezer?
This varies a bit from manufacturer to manufacturer, but roughly speaking, food will remain cold for up to four hours after a power outage in a fridge and will hold its temperature in a full-sized freezer for up to 48 hours.

Anything else?
Keep a bit of cash in the house as cash points may not work if the power is out.