“A halt to expulsions is the right step, which should be decided as soon as possible by the states,” which govern deportation policy under Germany’s federalist system.

Faeser said the Islamic republic “is cracking down on peaceful protest with brutal violence”, even as young women “rebel with unbelievable courage against rule by violence and oppression”.

“We must do everything we can here in Germany for the protection of the courageous Iranian civil society,” she added.

The minister from Chancellor Olaf Scholz’s Social Democrats (SPD) was speaking after Lower Saxony, one of Germany’s 16 federal states, announced a stop of deportations to Iran.

The region’s interior minister, Boris Pistorius, also of the SPD, said he would advocate such a moratorium nationwide at the next meeting of his state counterparts.

Germany expelled 25 people to Iran in the first half of this year, following 28 people in all of 2021, according to the federal Interior Ministry.

Demonstrations have continued since last month and have claimed dozens of lives, according to human rights groups.

The European Union said Tuesday it was weighing tough new sanctions against Tehran over the brutal clampdown.

After a fierce exchange of blows between politicians from the governing traffic-light coalition and the CDU/CSU parties, the Bundestag passed their so-called “right of opportunity to stay” (Chancel-Aufenthaltsrecht) law on Friday.

In the parliamentary vote, 371 MPs from the traffic-light coalition parties – the Social Democrats (SPD), Greens and Free Democrats (FPD) – voted in favour of the bill. A total of 226 parliamentarians voted against, including 157 CDU/CSU MPs, 66 MPs from the far-right Alternative for Germany (AfD) party and three independents.

Politicians from the left-wing Linke party, as well as a number of CDU/CSU MPs and three FDP MPs, were among the 57 who abstained.

The law aims to provide a new path to residency for people who had lived in Germany on a ‘tolerated stay’ permit for at least five years by October 31st, 2022. This group will now be given 18 months to fulfil the criteria for permanent residency, which includes proving at least B1 German language skills and showing that they can financially support themselves.

However, people who have committed crimes or given false information about their identity won’t have the opportunity to apply for a residence permit.

READ ALSO: How Germany is planning new path to residency for migrants

What exactly is a ‘tolerated stay’?

A tolerated stay permit, or Duldung, is granted to people who are theoretically barred from staying in Germany but are, in practice, unable to leave. That could be due to their health, caring duties, the situation in their home country or a lack of identification papers.

It’s estimated that around 136,600 people have been living in the country on this status for at least five years, including people who have sought asylum but whose applications have been turned down.

Germany has historically dealt with these tricky situations by suspending deportation and instead offering a ‘Duldung’, which allows the person in question to stay for the time being.

More recently, special statuses for migrants who end up in vocational training or work have been added, enabling some migrants to enter training or employment while living on a tolerated stay permit.

However, the situation for many has remained precarious. Since tolerated status is meant to be temporary, authorities often end up issuing multiple permits over time, causing stress and uncertainty for migrants and additional paperwork for the state.

How will life change for this group of people?

For those who speak a bit of German and have a secure livelihood, things could become a lot easier in future.

Those who have been here at least five years will be given an 18-month permit which will give them time to switch from a tenuous tolerated status to official permanent residency. In addition, people aged 27 or under and particularly well-integrated adults will be given this opportunity after just three years of residence.

This in turn would allow them to take up work or training, become self-employed, start a business and also claim social benefits.

Most importantly, they will have the security of knowing that they are allowed to remain in the country as long as they want to and will be able to show an official residence permit to employers, landlords and public authorities. 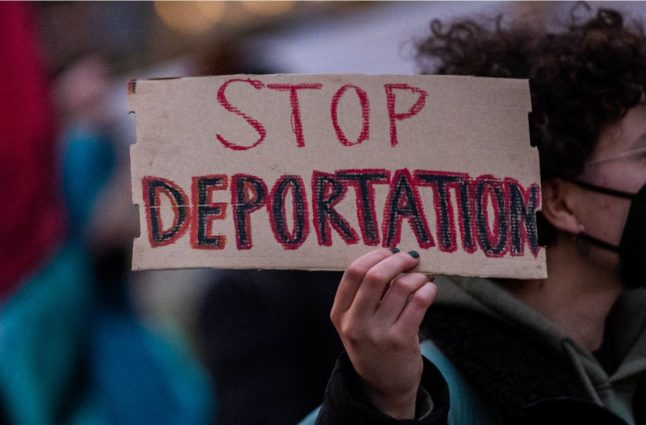 A woman holds up a ‘Stop Deportation’ sign at a protest outside Berlin-Brandenburg airport. Photo: picture alliance/dpa | Christophe Gateau

What’s more, they should also have an easier time when trying to reunite with close family members.

However, some people could still slip through the net. According to official statistics, 242,000 people currently live in Germany on a tolerated status – meaning than more than 100,000 won’t be covered by the new law. And this will also be the case for people who end up with a Duldung in the future.

Even among those who have been here for five years or longer, one key condition for permanent residency – proving their identity – could remain a major hurdle. However, the law does offer people a chance to get around this if they have taken “necessary and reasonable measures” to clarify their identity.

READ ALSO: How to get fast-track permanent residency rights in Germany

What has the response been to the new law?

Unsurprisingly, the governing SDP – who drafted the law – have argued that their approach will finally give people a humane route to staying in Germany on a permanent basis.

“We are ending the current practice of chain toleration,” said Interior Minister Nancy Faeser (SPD), referring to the practice of giving multiple tolerated status notices over time. “In doing so, we are also putting an end to the uncertainty that often lasts for years for people who have long since become part of our society.”

Adis Ahmetovic, who grew up as a child as a ‘tolerated’ migrant, spoke in the Bundestag of his own difficulties and said he had even faced deportation orders. “It clearly didn’t work, because now I’m an elected MP,” he said, adding that the right of opportunity law was a move towards “fairness, participation, recognition and respect”.

However, not everyone has been positive about the change, with the CDU and CSU parties in particular speaking out against it. Deputy parliamentary party leader Andrea Lindholz (CSU) told the government it would be better to focus “on those who are really entitled to protection”. 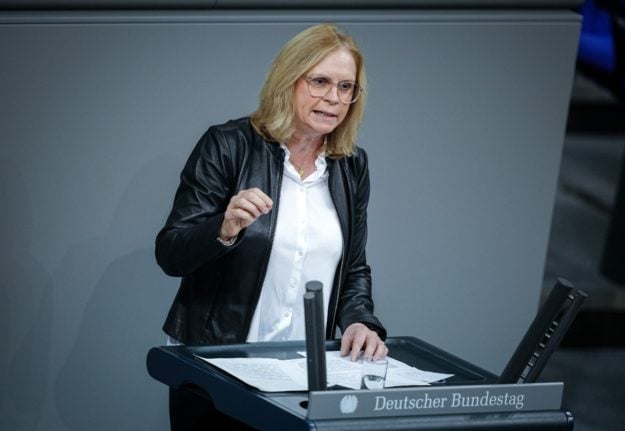 For well-integrated long-term tolerated migrants, there are already enough exceptions and pragmatic solutions, she added.

Axel Ströhlein, president of the Bavarian State Office for Asylum and Repatriation, also criticised the fact that the path to residency would only apply to people who had already been deemed ineligible for asylum or protection from deportation. He said the new regulation would undermine the meaning and purpose of the right to asylum and could send the signal that a lack of cooperation is worthwhile and leads to a residence title.

Others, however, welcomed the change but said it didn’t go far enough.

Kristian Garthus-Niegel of the Saxon Refugee Council had spoken out in support of the Linke’s proposed amendment to effectively end the ‘tolerated’ status by removing the cut-off date for long-term residence specified in the law. This amendment was rejected in the Bundestag.

READ ALSO: ‘Dangerous and wrong’: Why German MPs are clashing over citizenship plans

Are there any other important changes to know about?

Yes. Skilled workers who come to Germany will also have an easier time bringing their family over in future as the government has permanently waived language requirements for spouses of highly qualified workers.

In addition, they want to make language and integration courses far more widely available and speed up the process of applying for asylum in future.

People who have committed crimes or who are considered dangerous, on the other hand, will be removed from the country more easily and swiftly. 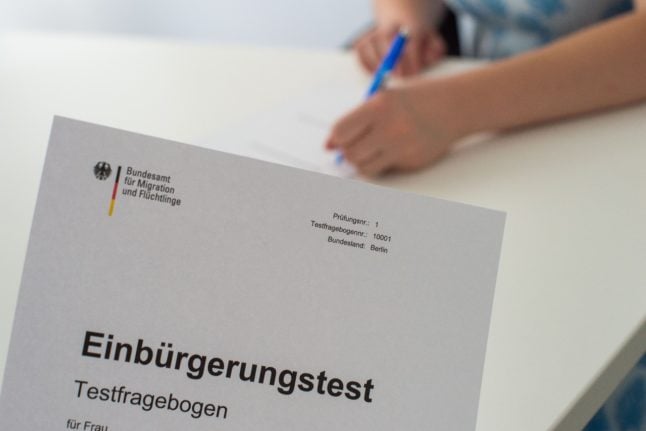