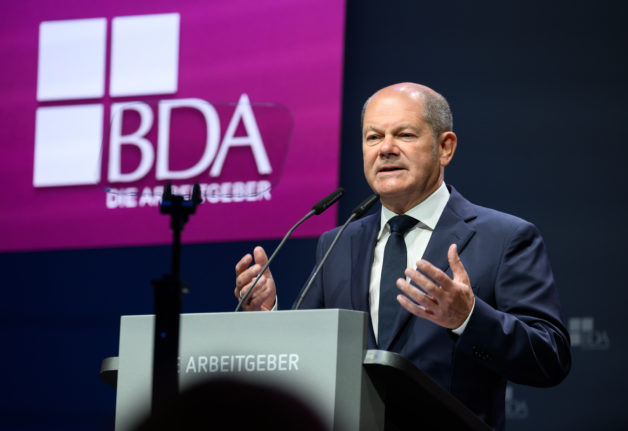 Russia has dwindled supplies of gas to Europe following the invasion of Ukraine, sending the price for the fuel soaring and dragging up the cost of electricity in its wake.

Non-gas electricity companies, such as nuclear, solar or renewable firms, had been able to “make extra profits because the price is determined by the electricity produced with gas”, Scholz said in a speech in Berlin.

Germany and the European Union have developed proposals to cream off windfall profits from non-gas producers to ease the pressure on consumers and companies sinking under the weight of soaring bills.

“We will now push this through with great speed so that we can relieve the burden,” Scholz said.

“You can be sure that this will happen at the speed necessary to get it under control this winter,” Scholz said.

Germany has raced to fill up its gas storage tanks ahead of the energy-intensive season and rushed to build gas terminals to import new
supplies from elsewhere.

Europe’s biggest economy has also restarted mothballed coal power plants, and earlier this month decided to keep two nuclear plants on stand-by through mid-April instead of completely ending the usage of atomic energy by the end of the year.

The government has also unveiled a €65 billion plan to ease the pressure of energy-price inflation, including cash for pensioners and
students.

READ ALSO: Who benefits most from Germany’s inflation relief package?

But warnings are mounting Germany is heading for a recession, with influential think-tank the Ifo institute predicting Monday the economy will shrink by 0.3 percent next year.

Economy Minister Robert Habeck said a downturn could be prevented if energy prices were brought down, although it would be “hard” and “demanding”.

“We can of course work against it. And if we now seriously discuss economic aid, energy price brakes and the correct political measures, then of course we can avert it,” he said.

The sharp increase in the cost of electricity was the “biggest challenge” for Germany’s flagship auto industry, the VDA industry association said Tuesday.

Around 95 percent of companies surveyed by the VDA said they were heavily or very heavily burdened by rising prices, making Germany “uncompetitive”, in the opinion of the lobby group.