The German government will take a 30-percent stake in energy giant Uniper as part of a rescue plan to shield it from the energy crisis caused by the war in Ukraine, the company said Friday.

The plan "comprises a capital increase of approximately €267 million ($271 million) for an issue price of €1.70 per share", which will lead to "a shareholding of the (state) in Uniper of approximately 30 percent", Uniper said in a statement.

The group will benefit from a public loan of "up to €7.7 billion" in mandatory convertible bonds that will eventually become shares.

An increase is also planned in the credit line available to the firm via the public lender KfW from two to nine billion euros, Uniper said.

"Uniper is a company of vital importance for the economic development of our country and for the energy supply of our citizens," Chancellor Olaf Scholz told reporters after the announcement.

Uniper also said the German government was planning to introduce a general mechanism for all gas importers to pass through the replacement costs for missing Russian gas to consumers as of October 1st.

This measure, long requested by the energy giant, could cause the country's gas bills to explode - a development Scholz pledged to cushion with government measures.

Moves by Moscow to curtail supplies to Germany since mid-June have forced Uniper to turn to the more expensive spot market for gas to supply its customers, leaving the energy group saddled with the extra cost.One of the biggest importers of Russian gas, Uniper is a key part of Germany's energy infrastructure and its biggest gas storage operator. 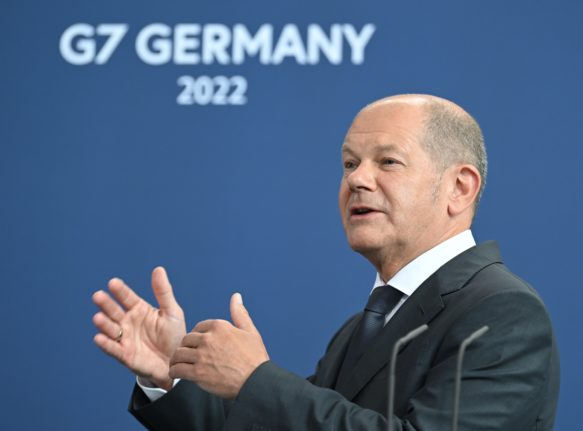 While the German government has mandated stores to be filled ahead of the winter, the short supply has also forced Uniper to withdraw gas from its own booked storage capacities.

The group made a request for a bailout from the German government on July 8th.

Since then, negotiations have been ongoing between Uniper, the German government and the Finnish Uniper parent company Fortum.