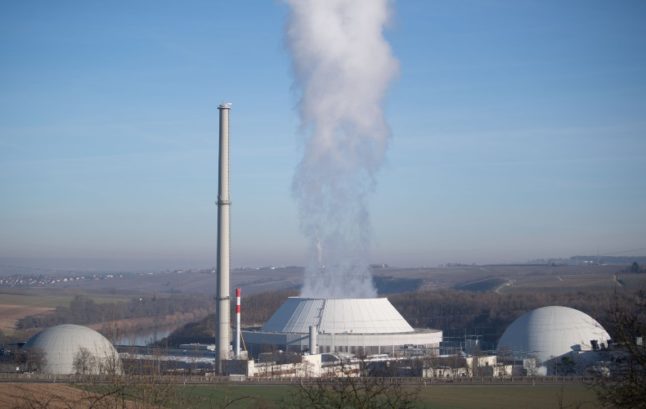 Steam comes out of the cooling tower of unit 2 of the Neckarwestheim nuclear power plant in Baden-Württemberg. Photo: Marijan Murat/dpa

The German government could be preparing the ground for a surprise U-turn on its policy of closing down all its nuclear power plants by the end of 2022.

On Monday a government spokeswoman said that a second stress test on the security of the country’s energy supplies would be used as the basis for any decision to keep the nuclear power stations running for an additional six months.

The first stress test – an attempt to assess how prepared Germany was for any Russian decision to cut off gas deliveries – was done shortly after the Russian invasion of Ukraine began in February.

Since then the situation has become more serious, with Russia’s state-owned gas supplier, Gazprom, closing down the Nord Stream pipeline for scheduled repair works. The German government says it expects that Gazprom will not reopen the pipeline within the planned schedule.

The spokeswoman from the Economics Ministry said on Monday that any decision on nuclear would be made on the basis of facts and analysis. “We are now calculating again and will then decide on the basis of clear facts,” she said.

She added that the results of the second analysis are expected “in the next few weeks”.

Nuclear energy still accounts for some six percent of German electricity supplies. Producers have said that new reactor rods are available to be bought for the reactors so as to keep them running.

But nuclear energy is unpopular among the Green party, which is part of the traffic light coalition and has its roots in the anti-nuclear demonstrations of the 1970s.

Under current law, the three nuclear power plants – Isar 2, Emsland and Neckarwestheim 2 – must be shut down by December 31st at the latest.

At the time they argued that a small contribution to the country’s energy supply would be countered by major economic, legal and safety costs.

On Monday, Green leader in the Bundestag Britta Haßelmann made clear that her party still opposed extending the lifetimes of the remaining nuclear stations.

“There is a social consensus to phase out nuclear power, and we will not jeopardize that,” she said.

“Wanting to solve a gas shortage with nuclear power is and remains a sham debate,” she argued.

The centre-right CDU party has welcomed the news of the second stress test.

The party’s environmental policy spokeswoman, Anja Weisgerber, said on Monday, that “the government must ensure the security of supply and consider all necessary options for this. This includes the temporary continued operation of the last three nuclear power plants.”

She added that “we have been pointing out a possible electricity shortfall, especially in the south, for months.”

The FDP, a junior member of the government, made clear on Monday that it favoured keeping the nuclear power plants running into 2023.

“We must do everything we can to close the looming gas gap. The extension of nuclear power plant lifetimes can make a significant contribution to this,” FDP party secretary Christian Dürr told Welt TV.