A car crashed into people, and the the window of a store on Tauentzienstraße in Berlin. Photo: picture alliance/dpa/AP | Michael Sohn

The silver Renault Clio with a Berlin licence plate first drove into a crowd at the corner of Tauentzienstraße and Rankestraße, before returning to the road and then ramming into the window of a Douglas perfume and make-up store on Marburger Straße, about 150 metres away.

While on the pavement, it crashed into a group of secondary school students on a class trip. A female teacher with the group from a school in Bad Arolsen, a small town in the central German state of Hesse, was killed. A male teacher was seriously injured, the Hesse state government said in a statement.

At least 14 people are injured, including six with life-threatening injuries.

The crash, which happened shortly before 10.30am, took place on Tauentzienstraße in the west of the city – just across from Breitscheidplatz, where an Islamic State group sympathiser ploughed a truck through a Christmas market in 2016, killing 12.

Police have not said whether the crash on Wednesday was intentional.

The 29-year-old driver was briefly detained by passers-by before being handed over to police after the car smashed through the shop front, according to police.

Berlin police chief Barbara Slowik said the driver was in hospital and “at this time, we do not have conclusive evidence of a political act”.

Later Wednesday, however, Berlin interior minister Iris Spranger said on Twitter that “according to latest information” the attack seemed to have been “committed by someone suffering from psychological problems”.

Spranger earlier denied media reports a letter of confession was found in the car, but said there were “posters with remarks about Turkey”.

However, security sources said the car did not belong to the driver and cautioned that the contents of the vehicle may not be his.

On Thursday morning, Berlin mayor Franziska Giffey (SPD) said it had become clearer that “it was the act of a severely psychologically impaired person”. She said police were trying to talk to the suspect.

A spokesman for the Berlin police said that investigations were continuing.

Around 130 emergency workers were on the scene, and several streets were closed off after the alarm was raised.

Some people were airlifted by helicopter for treatment.

“There are seriously injured people among the more than a dozen injured,” Berlin police spokesman Thilo Cablitz said in the afternoon. 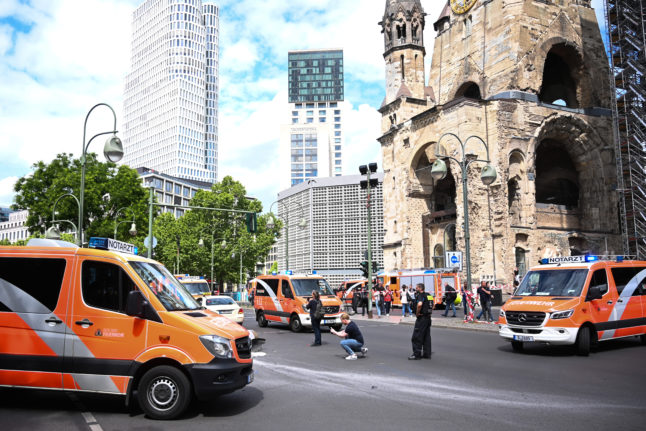 The area around the Gedächtniskirche (memorial church) in Berlin was closed off after the crash. Photo: picture alliance/dpa | Fabian Sommer

Eyewitnesses said the car was travelling at high speed before the crash.

Frank Vittchen, a witness at the scene, told AFP he was sitting at a fountain nearby when he “heard a big crash and then also saw a person fly through the air”.

The vehicle drove “at high speed onto the pavement and didn’t brake”, he said, with its windows shattering from the impact.

“It all happened so fast,” he said.

READ ALSO: Berlin in shock after cars ploughs into pedestrians

Another witness who would only be named as F. Kacan said the driver had ploughed his car into the perfume store, and “then he suddenly took off running on the street and we were able to stop him”.

The crash took place in the Charlottenburg district near Kurfürstendamm, known as Ku’damm. It’s a busy area with lots of shops, offices and tourists.

Police posted on Twitter to ask witnesses for video recordings or photos to help with their investigation. They also asked people not to circulate pictures of the crash online.

Berlin police set up a telephone hotline for relatives of those caught up in the incident.

Berlin’s mayor Giffey (SPD) also referred to the number, saying: “It’s particularly important to us that relatives don’t find out about this from any other channels – Twitter and uploaded pictures or whatever.”

Giffey called it a “dark day for Berlin”. 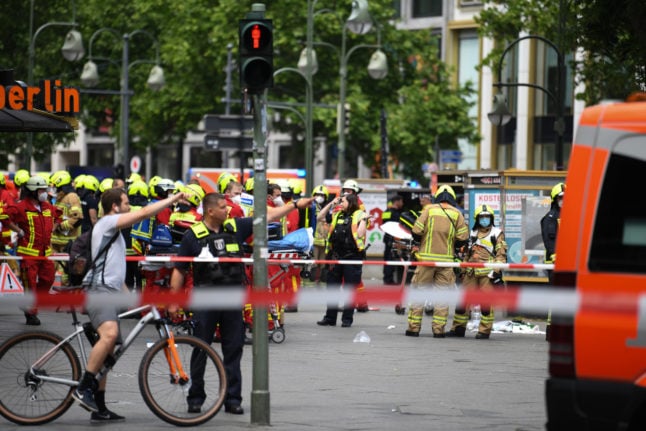 Germany on alert for car attacks

Germany has been on high alert for car ramming attacks ramming since the deadly 2016 Christmas market assault, with most carried out by people who were found to have psychological issues.

In December 2020, a German man ploughed his car through a pedestrian shopping street in the southwestern city of Trier, killing four adults and a baby.

Earlier the same year, a German man rammed his car through a carnival procession in the central town of Volkmarsen, injuring dozens of bystanders, including children. He was sentenced to life in jail last year.

In January 2019, another German national injured eight people when he drove into crowds on New Year’s Eve in the western cities of Bottrop and Essen. He was later taken into psychiatric care.

In April 2018, a German man crashed his van into people seated outside a restaurant in the city of Münster, killing five before shooting himself dead. Investigators later said he had mental health problems.

During the football World Cup in Germany in 2006, a German man rammed his car into crowds gathered to watch a match at the Brandenburg Gate in Berlin, injuring some 20 people. The driver was later committed to a psychiatric hospital. 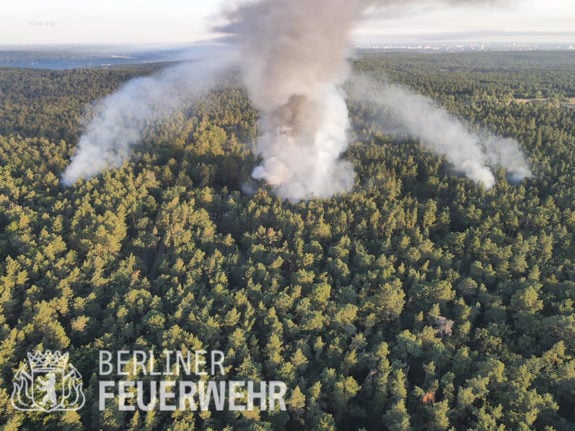 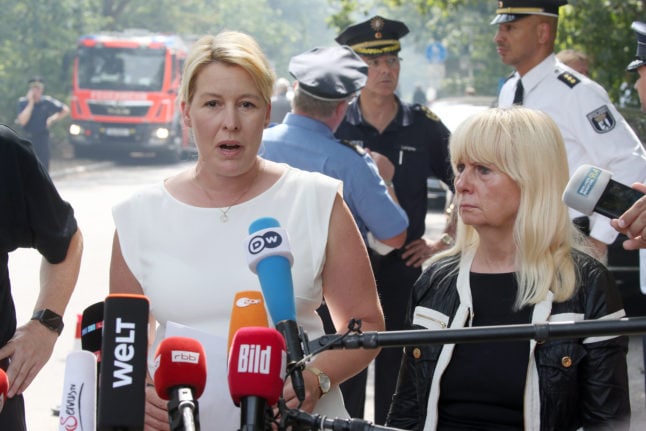 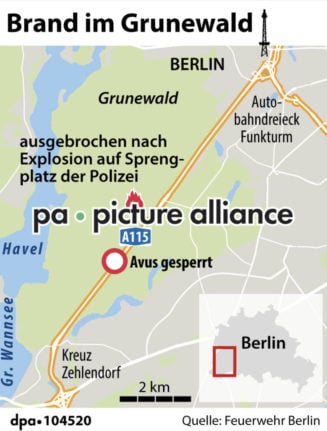