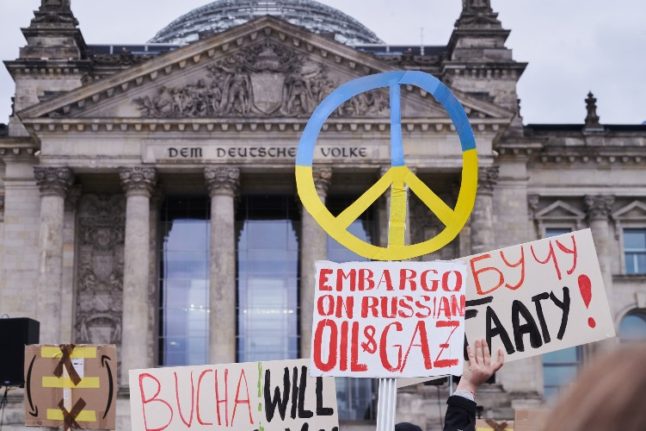 A protest against the Russian war in Berlin in April. Photo: dpa | Annette Riedl

Before Vladimir Putin’s invasion of Ukraine at the end of February, Germany was heavily reliant on natural gas imports via pipelines from Russia. More than half of all its natural gas needs came through the Russian pipelines.

The Economy Ministry claims that it has already managed to significantly reduce this reliance to the point where 40 percent of the gas being delivered to Germany is now coming from Russia.

However, most experts agree that cutting out this remaining 40 percent will be more difficult.

Why is gas so important?

Germany has been trying to transition away from carbon-heavy fossil fuels for the past two decades as part of plans to make the country carbon neutral. Few other countries in the world have invested as heavily in renewable energies.

At the same time, Germany decided a decade ago to shut down its nuclear power plants. There are still three running but they are set to be switched off at the end of this year.

Renewables can’t do everything though. They are still only used in the electricity sector. Natural gas has therefore become much more important due to the fact that burning it releases less C02 than the burning of coal or oil.

Without getting too technical, natural gas has become more important to German energy needs in both relative and absolute terms over the past three decades.

It is the main resource for heating houses through the winter, it is used by industry for high-temperature production processes, and it is increasingly important for electricity production.

Without any natural gas, Germany’s industrial heartlands would have to close down factories, households would freeze through the winter and there could be blackouts during periods of low wind.

How easily could Russian gas be replaced?

There is general agreement among experts that Germany could not completely replace the gas that it buys from Russia with imports from elsewhere. That’s because it is not simply a case of buying gas from another supplier.

Germany currently lacks the infrastructure that is needed to import gas from the US, for instance. American gas has to be liquified first and then shipped over to terminals where it is turned back into gas. Germany has never built such terminals and is reliant on neighbouring countries for the use of their already strained facilities. 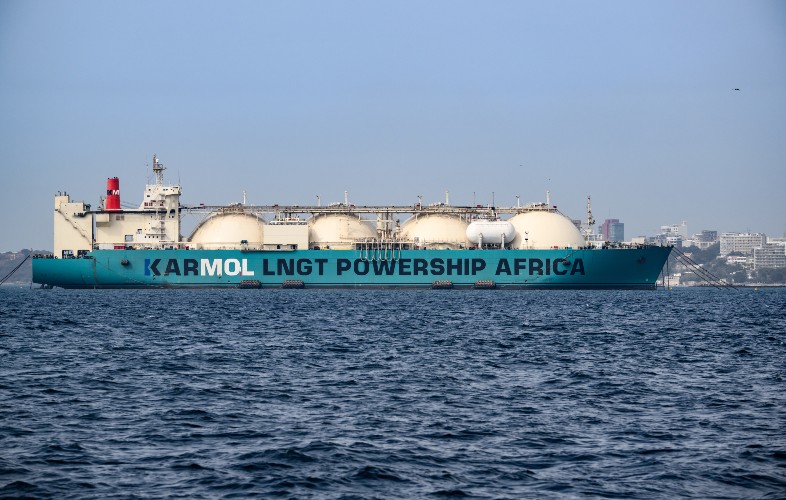 Germany also still imports significant quantities of natural gas through pipelines from gas fields in the Netherlands and Norway.

However, the Netherlands have decided to stop extraction at a large onshore field at Groningen and have so far resisted pressure to reverse this decision.

There has also been some talk of tapping into Germany’s own deep-lying shale gas reserves. But fracking has been de facto banned since 2012 and it seems unlikely that the current government will reverse its stance on a practice which is unpopular with voters.

Despite the difficulties involved, Veronika Grimm, one of Germany’s so-called economic wisemen, is convinced that increased imports from elsewhere can have a big short-term impact.

“We definitely do have the capacity to bring in more imports. It wouldn’t be enough to replace all Russian supplies in one fell swoop, but it could substitute between 25 and 50 percent,” she told Manager Magazine.

Grimm belongs to the optimists among German economists who believe that an embargo would be manageable.

Saying the resultant recession would be similar to the one of 2008, she said: “It would be expensive. but we could do it if we needed to.”

German economists have been arguing over just how painful a gas embargo would be.

Moritz Schularick, an economist from Bonn University, published a model in March that estimated that an immediate ban would cost the German economy 120 billion euros.

“That may sound like a lot, but we could absorb it. It wouldn’t be the end of the world,” Schularick told Handelsblatt newspaper.

The optimists among German economists say that much of the damage could be avoided through energy saving measures. They point to calculations by the Federal Association of the Energy and Water Industry which found that gas consumption could be cut by up to 20 percent through improving energy efficiency.

Such measures could be as basic as asking people to put draft excluders under their doors, encouraging households to turn their thermostats down by a degree or two, or requiring employees to go back into home office to save on heating costs for offices.

However, other economists are much more worried about the consequences.

They caution that some of the energy saving measures proposed would take years or decades to implement. They also criticise their peers for claiming that their mathematical models are not sophisticated enough to account for all the unforeseen side effects that an embargo could have.

“Such an energy embargo would be unique in history and would have a considerable impact on the economy,” Achim Wambach, chair of the Centre for European Economics, told Handelsblatt.

“There would be political economic effects, just think of the yellow vests in France. Politicians also have to take this into account when making their decisions,” he added.

According to Wambach, the government should rely more on the judgement of industry, which has real life experience with gas consumption, than on models produced in universities. 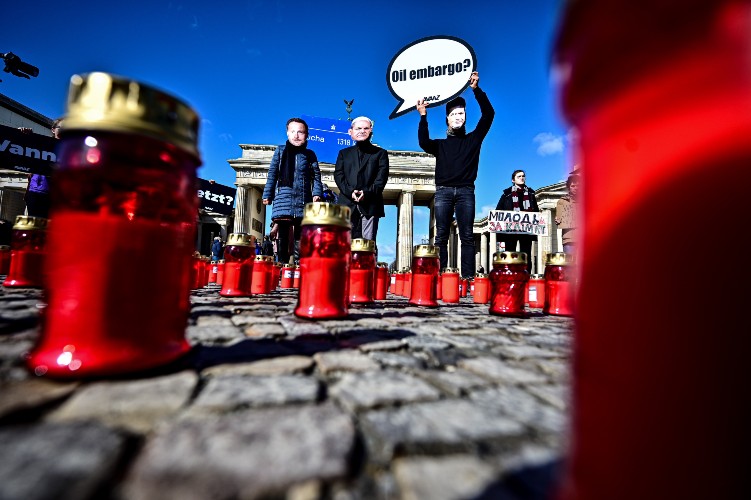 And the warnings coming from industry are loud and clear. They say that an embargo would trigger a massive economic crisis, leading to factory closures and mass unemployment.

“A gas embargo would have catastrophic consequences for industry in Germany and for the people in our country,” Werner Baumann, vice-chair of the Chemical Industry Association, told Bild am Sonntag newspaper.

Baumann warned that industries are so interlinked that production stops in one sector would unleash chain reactions.

“Regardless of whether we are talking about medicines, crop protection, food packaging, the manufacture of cars, or the construction of houses, the products of the chemical industry can be found in virtually all product groups,” he said. The result would be “a wave of unemployment the likes of which we have not seen for many years.”

The steel industry has also warned that an embargo would “lead directly to production interruptions, short-time working and possible job losses.”

Hans Jürgen Kerkhoff, head of the Steel Trade Association, said that “without natural gas from Russia, steel production would not be possible at present.”

Germany has the largest steel industry is in the EU. Kerkhoff warned that steel shortages would spread into other sectors. “Steel is the basic material and starting point of almost all industrial value chains,” he said.

Workers’ unions are also worried about what an embargo would mean for their members.

The German Trade Union Confederation (DGB) has rejected an embargo, saying that it could “bring about significant slumps in the labour market” and cause “entire supply chains to collapse.”

If a gas embargo were to lead to critical shortages, the government would activate its “contingency plan for gas” which would allow the Federal Network Agency to ration supplies and prioritize some sectors over others.

Private households, hospitals and care homes would have priority. Meanwhile food production and pharmaceuticals would likely have priority over other industries.

The agency’s head, Klaus Müller, told Die Zeit this week that energy intensive leisure venues such as saunas would be some of the first venues to have to close in the event of shortages. But he also suggested that private homes could have their gas rationed.

Meanwhile, a law created during the oil crisis of the 1970s, would allow the Economy Minister to order a nationwide speed limit on the autobahn or a ban on driving on Sundays.

Several observers have also noted that an embargo would further drive up inflation, which is already at levels not seen in decades.

For years, Germany has been able to take advantage of affordable energy from Russia to give itself a competitive advantage on global export markets. Experts predict that higher energy costs will rob parts of German industry of this advantage and could lead to job losses in the long term.

On the other hand, the government has already committed to becoming “largely independent” of Russian gas by 2024. This means having to buy more expensive liquified gas from further afield, something exports say will drive up production costs in the long run anyway.

“The resulting higher energy costs are likely to mean that parts of German industry will no longer be competitive and we will see accelerated change in our economic structures,” says economist Grimm. “That seems to me to be a much bigger challenge than the embargo itself.”