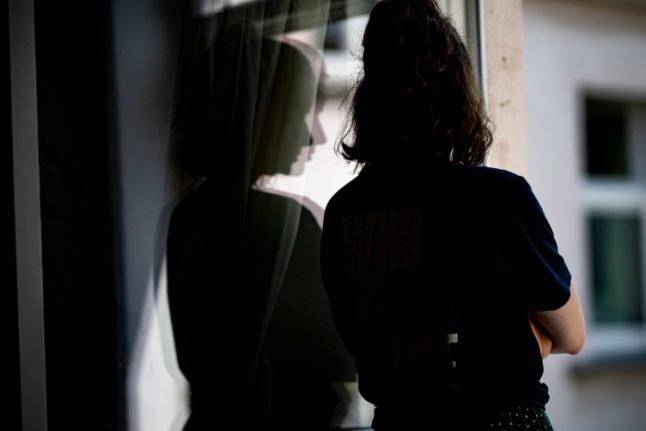 A woman looks out of the window of her apartment. Photo: dpa | Fabian Sommer

Bavaria has become the first state in Germany to cut down mandatory quarantine to just five days. State Health Minister Klaus Holetschek claimed that the move was made to bring Bavaria into line with the length of quarantine in other countries.

Who does it affect?

As of midnight on Tuesday, residents of Bavaria who have tested positive for an infection with Covid now only need to quarantine for five days as long as they have not displayed acute symptoms within the last 48 hours of this time period.

Once the five-day period is up and they are showing no symptoms, they don’t need to wait for a negative test to leave quarantine.

If someone still has ‘acute’ symptoms then they need to stay at home until they have gone away for at least 48 hours, or for a maximum of ten days.

“We appeal to people to behave responsibly,” he said. “We recommend wearing a mask for a while after the end of isolation and keeping contacts to a minimum.”

Previously, the quarantine rules stipulated that convalescents had to stay at home for a period of ten days, which could be shortened to seven days on the basis of a negative test.

The move has been backed up by the Bavarian Office for Health and Food Safety (LGL). Its boss, Christian Weidner, said that “if acute symptoms such as fever or a cough are still present after five days, it can be assumed that the person is still contagious. If the symptoms subside, it is advisable from a scientific point of view to wait another 48 hours until the quarantine can finally be terminated.”

What about close contacts?

Under the new rules close contacts are no longer required to quarantine at all.

Up until now, contact people had to go directly into a ten-day quarantine. This did not apply to people who had had a third dose of the Covid vaccine, or to people who had recently recovered from an infection.

“We continue to ask those who have been infected to inform their close contacts,” Holetschek said. “To the close contacts, we also recommend reducing contacts and working in home office if possible, and voluntarily self-testing for five days.”

Staff in health and care sectors

At the same time, people employed in sectors where they care for people vulnerable to the virus still face stricter rules.

Once their period of quarantine is over, they’re only allowed to return to work once they have tested negative with either an antigen test or a PCR test.

Voluntary quarantine on the way?

Holetschek also made clear that a further relaxation of the rules could be on the way.

“If the rate of infection keeps dropping then a voluntary quarantine could follow,” he said.

State health ministers are to meet on April 25th to discuss next steps and Holetschek suggested that he would push for “developing a timeline to move forward on when isolation will no longer be mandatory.”

Federal Health Minister Karl Lauterbach originally planned to make quarantine voluntary starting in May. But after facing sustained criticism in the German press he announced a U-turn on an evening chat show.