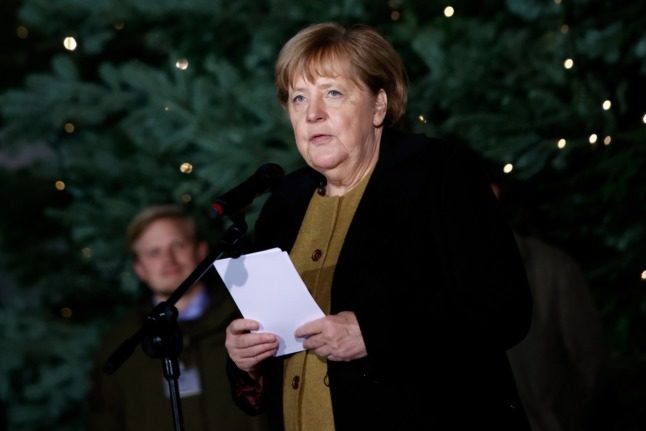 “Culture and leisure nationwide will be open only to those who have been vaccinated or recovered (from Covid),” Chancellor Angela Merkel said after a meeting with the country’s regional leaders.

Merkel said the same rule – known as 2G in Germany – would also apply to the retail sector. It means that people who are eligible for vaccination but choose not to get it will be barred from entering non-essential shops across the country.

There will also be contact restrictions ordered on the unvaccinated.

Merkel added that clubs and discos would have to close in areas with a high Covid incidence.

The outgoing Chancellor also spoke out in favour of compulsory vaccinations, which parliament is due to vote on soon.

“Given the situation, I think it is appropriate to adopt compulsory vaccination,” she said.

“You can see from the decisions that we have understood the situation is very serious,” Merkel said, adding that the measures should be seen as “minimum standards” and different regions could also impose their own tougher curbs.

She said there needed to be an “act of national solidarity” in Germany to reduce the number of infections.

What else do we know about the rules?

Merkel said there would be nationwide restrictions for the unvaccinated. Private gatherings in public or private spaces involving unvaccinated people or those who haven’t recently recovered from Covid will have to be restricted to the person’s own household and no more than two people from another household.

Children up to the age of 14 are exempt.

2G rules for culture and retail

As we mentioned above, only people who have been vaccinated or who have recovered from an infection will be allowed to enter shops and cultural and leisure events. The 2G rule, which is already in place in some states, is to be extended nationwide and will apply regardless of incidence. The rule would also apply in the retail sector, with the exception of shops for daily needs.

The unimmunised will also be banned from Christmas markets.

Clubs and similar venues are to be closed in areas where the Covid incidence rises above 350 new infections per 100,000 inhabitants.

It is understood that, if the incidence exceeds this threshold, states can adopt stricter measures such as bar and restaurant closures, alcohol bans and restrictions on gatherings as well.

Following the scrapping of the ‘epidemic situation of national importance’ – a legislative clause that gave the states the power to implement lockdowns and other measures – the new government will amend the Infection Protection Act yet again to allow for future lockdowns.

This means that the current lockdowns in Saxony and Bavaria can continue beyond their current December 15th expiry date if necessary.

In schools, masks are to be compulsory for all grades – even in places where they have not been so far.

Pharmacists and dentists could give shots in future

The government and states want to see dentists, pharmacists and nursing staff be allowed to vaccinate against Covid.

The number of spectators for sports, cultural and other major events will be significantly restricted. In future, a maximum of 30 to 50 percent of the seating capacity can be used. Indoor events can have a maximum of 5,000 visitors and outdoor events a maximum of 15,000.

Like last year, the sale of firecrackers and fireworks on New Year’s Eve will be banned again this year in Germany. This is aimed at supporting emergency services and avoiding gatherings of large crowds.