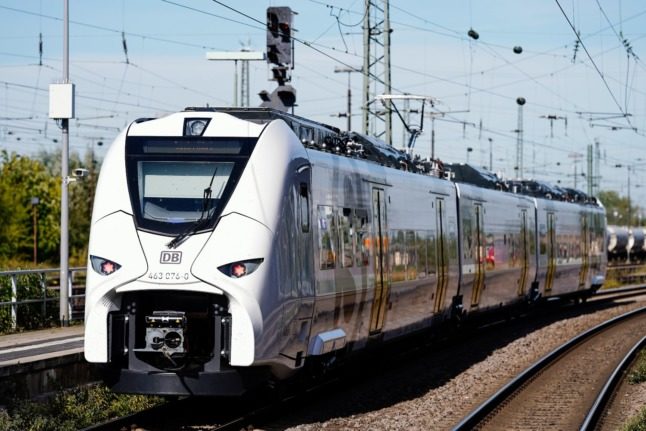 Only around 27 million people – those living in Germany’s large cities and metropolitan regions – have access to very good local public transport (known as ÖPNV in German), a new report shows.

For about 55 million people living in the suburbs or rural areas, access to public transport is significantly reduced and often insufficient, said the analysis by the Deutsche Bahn subsidiary and mobility startup ioki.

There is a dense network of 230,000 bus and train stops in Germany. But less than half of the access points in rural areas are served hourly or more frequently. In big cities, meanwhile, 80 percent of residents have access to at least an hourly service.

When it comes to the question of how the further expansion and networking of transport modes in local transport can work, the German Association of Towns and Municipalities is asking for support.

“The federal government is called upon here,” Managing Director Gerd Landsberg told the Funke Mediengruppe newspapers. The necessary expansion of public transport links shouldn’t be left for individual municipalities to fund, he added.

During the pandemic, the demand for public transport has declined due to lockdowns and more people working from home. It means the car experienced a renaissance as an individual means of transport.

However, there is the potential to attract more public transport customers: the number of people who have to travel long distances to get to work in Germany stands at more than 3.4 million.

For better connectivity, more on-demand shared taxis should be used as part of public transport, the report by ioki said.

“Flexible vehicles that are on call via app and go to the next bus or S-Bahn station could offer public transport to around 25 million people,” ioki managing director Michael Barillère-Scholz said. He added that Deutsche Bahn had integrated 330 of these on-demand services into its public transport system, carrying around seven million passengers.