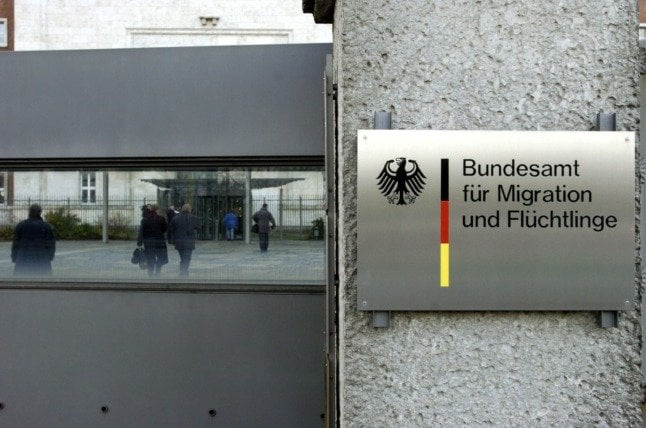 The Ministry for Migration and Asylum Seekers in Nuremburg. Photo: picture-alliance / dpa/dpaweb | Peter_Roggenthin

What counts as ‘foreign’ in Germany?

When discussing the migrant population in Germany, you might hear a few different terms used – with some overlap between them. The first, Ausländer (foreigner), generally refers to anyone without a German passport: first-generation migrants, refugees and expats that aren’t naturalised, as well as some children of migrants who have opted to keep their parents’ nationality.

The second category is people with a migration background (Migrationshintergrund), who may be naturalised Germans but were born elsewhere, or have at least one foreign-born parent. The term Migrationshintergrund entered into political parlance in 2005, when a micro-census in Germany started looking more deeply into the backgrounds of people living in Germany – both with and without German passports.

Since then, discussions of Germany’s migrant population has become much more nuanced than simply splitting people up based on their nationality. Nowadays, statisticians and pollsters understand that people with German passports are a diverse group and that many naturalised Germans have strong ties to other parts of the world.

People with a migration background make up a significant proportion of the German population as a whole. More than a quarter – 26.7 percent – of the population was either born elsewhere or has at least one parent who was born elsewhere. That’s almost 22 million people.

Meanwhile, at the end of 2020, around 11.4 million foreigners were living in Germany without a Germany passport. That equates to 12.6 percent of the population. Of these non-Germans, around 6.1 million are men, and 5.3 million are women.

The remaining 15.3 million people are German nationals who come from a multi-nationality family. This group accounts for 14 percent of the German population as a whole.

Due to the strong historic ties between Turkey and Germany, it’s perhaps unsurprising that people with a Turkish passport make up the largest Ausländer group in Germany. According to the latest government statistics, around 1.5 million Turkish ‘foreigners’ live in Germany – though in many cases, the term ‘foreigner’ may be a little misleading.

In the 1950s and 1960s, Germany opened up its borders to a large group of so-called Gastarbeiter, or guest workers, who contributed to rebuilding the country after World War Two. Many of these people came from Turkey and went on to start families here – but despite being here for decades on end, many have never become German, possibly due to Germany’s tough dual nationality rules.

In fact, a number of people who were born in Germany and have never lived in Turkey are still considered foreigners due to their Turkish nationality.

One example is ex-professional football player Mesut Özil, who grew up in Germany as a Turkish citizen and eventually surrendered his Turkish nationality in order to play for the German national team. Despite his German upbringing, Özil repeatedly complained that he was caught between the two countries and generally held accountable for anything that went wrong in the team’s performance.

“I am German when we win and an immigrant when we lose,” he famously said in a statement announcing his retirement from the German team in 2018. Mesut Özil practices ahead of a match in the 2014 World Cup. Though born in Germany, Özil felt he was always considered an “immigrant”. Photo: picture alliance / dpa | Marcus Mueller-Saran

In addition to this group of so-called Ausländer, younger first-generation migrants who’ve moved to Germany more recently also count among the 1.5 million Turkish foreigners in the country.

There are around 2.75 million people with a Turkish background living in Germany, and around half of them have either a German passport or dual nationality.

Many come from post-communist countries

The next two biggest groups of foreigners in Germany are people from former communist countries, most notably Russia and Poland.

The influx of people from Russia can also be seen as markers of Germany’s history. Before reunification, many Russians settled in the communist GDR, and afterwards, an even larger number moved from Russia or East Germany to the West.

Between 1992 and 2000 – after the Berlin Wall had been razed to the ground – around 550,000 Russians came to live in Germany. Many of these were ‘repatriates’: ethnic Germans whose ancestors had moved to Russia several centuries earlier during a great period of emigration towards the East. According to government statistics, there are about 3.5 million Russian speakers living in Germany today.

Most foreigners have automatic residence rights through the EU

As the swathes of Brits who rushed to move to Germany before the Brexit transition period cut-off date will tell you, migration to Germany has been largely driven by free movement.

Looking at the residence rights of foreigners currently living here, the vast majority have no need for a visa, since their EU citizenship gives them a mostly unlimited right of abode.

As the below chart from Statista shows, more than five million foreign nationals are living in Germany from other countries in the EU. In recent years, there has been a large wave of migration from countries like Italy, Croatia, Bulgaria and Romania. They also enjoy free movement as EU member states. Of the non-EU nationals, around 2.5 million have permanent residency, while around 250,000 are here on a temporary residence permit such as a student, freelance or work visa.

As you might expect, migrants from Syria – who are mostly refugees – make one of the largest non-EU groups in Germany, coming second only to Turkey.

A third of migrants have the right to vote

The fact that a minority of migrants have voting rights is reflected in the proportion of migrant MPs elected to the Bundestag.

Though German voters elected their most diverse parliament ever in September 2021, just 11 percent of the new cohort have a migration background. Experts believe this has a lot to do with Germany’s tough rules around citizenship and naturalisation, which invariably make it harder for foreigners to become politically active.