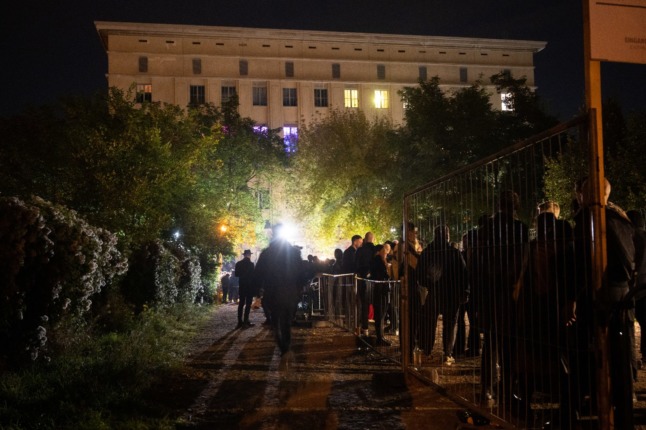 The Robert Koch Institute (RKI) on Wednesday said 17,015 new Covid infections were registered in Germany within a day. A week ago, there were 11,903 new infections, the previous day 6,771 infections were logged.

The nationwide 7-day incidence of new Covid infections went up for the seventh day in a row. On Wednesday it stood at 80.4 Covid infections per 100,000 people within a seven-day period. On the previous day the incidence was 75.1, a week ago 65.4.

Meanwhile, 92 deaths were recorded in Germany within 24 hours, a similar number to a week ago.

The number of Covid-19 patients admitted to ICU wards per 100,000 residents within seven days – the most important parameter for a possible tightening of Covid-19 restrictions – was 2.13 on Tuesday, up from Monday when the incidence was 1.92.

READ ALSO: Is Germany seeing a high number of Covid cases and hospitalisations?

The significant increase in the number of infections may be due to the return of travellers during the October holidays. RKI boss Lothar Wieler warned on Monday that holiday traffic could lead to “more infections from abroad”.

The below chart from Our World in Data shows the rising trend of Covid cases in Germany per million people compared to other countries. Noticeably, the UK is seeing extreme Covid cases numbers.

As The Local reported, Germany’s Health Minister Jens Spahn believes Germany can end its pandemic emergency situation on November 25th, although he said some measures should continue.

The recognition of an “epidemic situation of national relevance” is a special clause in the German constitution which overrides parliamentary checks on the executive branch. It allows the government and states to put in restrictions such as mandatory face masks or Covid entry restrictions to indoor spaces.

There’s a mixed response in the view of the rising Covid numbers.

The German Association of Towns and Municipalities supports the move. “I think it is wrong to continue the state of emergency after almost two years of the pandemic,” Association Director Gerd Landsberg told the Rheinische Post.

But the state governments in Rhineland-Palatinate, Saxony, North Rhine-Westphalia and Thuringia called for uniform nationwide solutions to continue in the fight against Covid.

“Nobody wants to see a patchwork (of regulations) in dealing with the pandemic in Germany after the epidemic situation of national importance has ended,” said Rhineland-Palatinate health minister Clemens Hoch (SPD).

He also stressed that “it will not be realistic for us to lift all measures from November 25th – Jens Spahn knows that too.” He said he would like to see an “orderly, uniform transitional regulation” from the federal government.

The social ministry in Saxony said the step to end the epidemic emergency situation seemed “premature” in view of the infection incidence and the number of Covid patients in Saxon hospitals. Health ministers will have to “find a responsible solution”, the ministry said.

Heike Werner (Left party), who’s the health minister of Thuringia, said that Spahn had “rightly pointed out that a formal end to the epidemic situation does not equate to an end to the pandemic”. And in view of “sharply rising infection figures” in Thuringia, called for the continuation of measures, “at best on a nationwide basis”.

Meanwhile, the first Covid outbreak at the famous Berlin nightclub Berghain – which is only open to people who are vaccinated or have recovered from Covid – has been detected.

According to the Berliner Morgenpost, at least 19 people have been infected with Covid at a party there. A total of 15 of them live in the Friedrichshain-Kreuzberg district. Four others affected live in other districts of Berlin.

According to the spokeswoman, about 2,500 people have been contacted so far. This had been done with the help of the attendance list, which the health department requested after the first Covid case surfaced.

The club opened its indoor space on October 2nd for the first time since the forced shutdown in March 2020. The club is only open to people who’ve been vaccinated (geimpft) or have recovered from Covid (genesen) – so-called 2G rules. People who are unvaccinated are not allowed to enter the club, even with a negative Covid test.