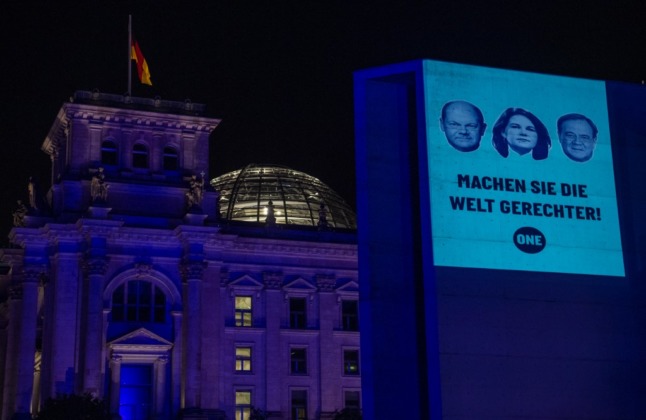 The 33-year-old is a founding member of “Tax Me Now!“, an initiative bringing together 47 of the wealthiest names in Austria and Germany that wants to put social justice at the top of the agenda in Europe’s biggest economy’s election campaign.

Schwarz has given 500,000 euros ($590,780) to the ecologist Greens, offering strong backing for the party that wants to bring back wealth tax, and reform inheritance tax.

The current economic system “pushes money upwards” into the hands of a few people, he said in an interview with public broadcaster ZDF, urging fairer distribution across the population.

As Chancellor Angela Merkel prepares to leave the political scene after the September 26th elections, a glance back at the socio-economic record of her 16-year reign offers a mixed picture.

Under her watch, Germany has regained its spot as Europe’s economic engine, today fully rehabilitated from the “sick man of Europe” image that plagued it in the 1990s and early 2000s.

From 1995 to 2001, Germany grew on average 1.6 percent a year, almost a whole percentage point lower than the rest of the EU at the time, as it absorbed the costs for reunification, and in 2003 it suffered a recession.

But its fortunes turned around, and a yawning gap in well-being between east and west has narrowed, even if differences still persist.

GDP per head in the ex-communist east outside Berlin, under 40 percent of the German average in 1990, was closer to 75 percent in 2021, according to a report by the economy ministry.

But the relative prosperity belies other inequalities that have only worsened in the coronavirus pandemic.

Just one percent of the country’s population controls 35 percent of its wealth, according to a study published in 2020 by the German economics institute DIW.

Deep-rooted poverty
With the pandemic heaping unprecedented economic turmoil on the population, calls have grown for a fairer redistribution of wealth in the country.

READ ALSO: Who is hardest hit by the pandemic financially in Germany?

Besides the Greens, both the poll-topping Social Democrats and the far-left Linke party are in favour of a return of the wealth tax, struck out of the statute books in 1997, or a reform of inheritance tax.

And both the SPD and Greens want to up the minimum wage to 12 euros, up from the current 9.60 euros, a remedy in their view to another flaw of the German economic miracle: relatively low pay and precarious employment.

When she came into office, Merkel inherited a set of sweeping reforms aimed at making work more flexible, known as the Hartz laws, from her predecessor social democrat Gerhard Schroeder.

The reductions in the length of unemployment benefits and the new conditions attached to them pushed thousands of jobless towards a system of generally poorly paid “mini-jobs”.

The number of people in these jobs increased by 43 percent between 2003 and 2019, up to 7.6 million workers in an active population of 42 million.

But they were taking home small wages.

Hospital on strike
Before the pandemic, around one in six or 15.8 percent of people in Germany lived at risk of poverty — a measure defined as a monthly pay of under 1,040 euros, according to a 2021 study coordinated by the federal statistics agency Destatis. The figure was just under 11 percent in the 1990s.

Among the most vulnerable, the percentage “consistently” faced with the threat of poverty has doubled since 1998.

The success of the Merkel years was built on “an enormous shadow army of low-paid workers”, said sociologist Oliver Nachtwey.

“Almost 20 percent of employees in this country are in this category. If you add part-time jobs to the four million full-time posts, Germany has one of the largest low-paid sectors in the OECD with around eight million people,” he said in an interview with Spiegel weekly.

With a monthly gross salary of 1,850 euros, Suheyla, who does not wish to give her last name, does not think of herself as a “poor worker”.

And yet, as a nurse at one of the biggest hospitals in Berlin, raising two children, she says she has difficulty “getting to the end of the month”.

Suheyla has, along with colleagues, since the beginning of December been striking for better pay and working conditions. 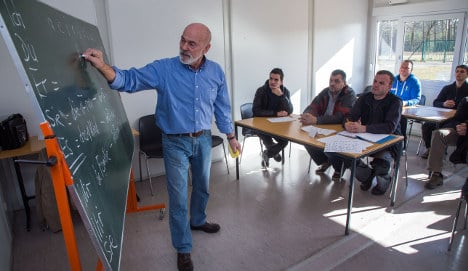 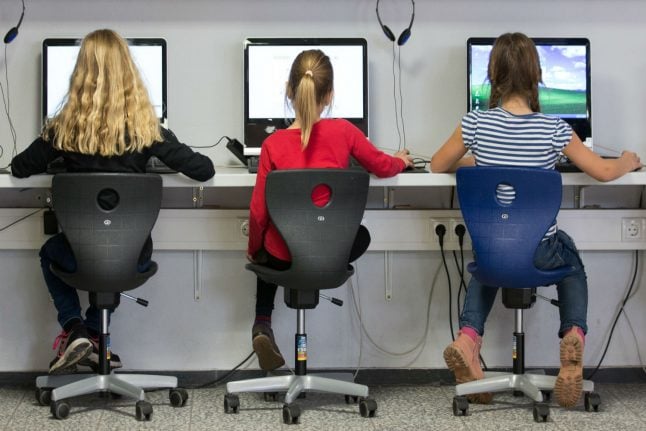