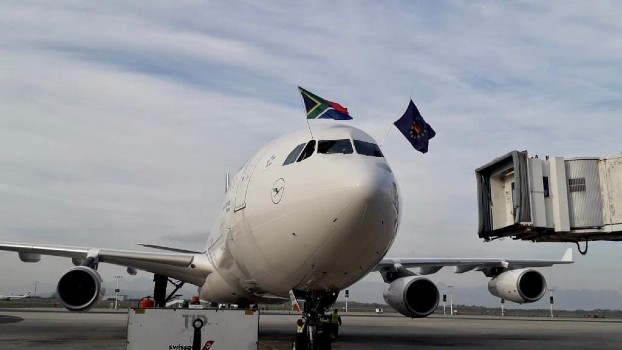 South Africa was one of nine African states that the RKI removed from its list of countries of variant concern this week, after the Beta variant which was first identified in the rainbow nation has been pushed out by the more infectious Delta strain.

Due to the fact that the Delta variant is also dominant in Germany, it can no longer be considered a variant abroad by the RKI.

South Africa was first classified as an area of variant concern six months ago, meaning that non-German nationals who did not have residency in Germany were banned from travelling from South Africa. Exceptions were only made for professional sports people and those travelling for medical reasons.

The ban caused massive disruption to the career plans and private lives of South Africans who had been offered training or university places in Germany, or those who have loved ones living in the Bundesrepublik.

As The Local reported earlier this month, a South African activist group comprised of workers, students and cross-border couples urged Germany to rethink its ban due to the fact that the Beta variant made up just a small fraction of all new cases in the country.

The other eight countries in Africa to be removed from the list are Namibia, Botswana, Eswatini, Lesotho, Malawi, Mozambique, Zambia, Zimbabwe.

All of these countries are now classified as high incidence areas. Non-vaccinated people arriving from them will have to go into an immediate 10-day quarantine when arriving in Germany, but can end the isolation after five days by testing negative for the coronavirus.

For people who have been inoculated with a vaccine that is approved by the European Medicines Agency, the quarantine rules will no longer apply.

The changes come into effect at midnight on Sunday.

The easing of the rules is also likely to offer a significant boost to the South African tourism industry which has seen travel from Europe plummet over the past 18 months.