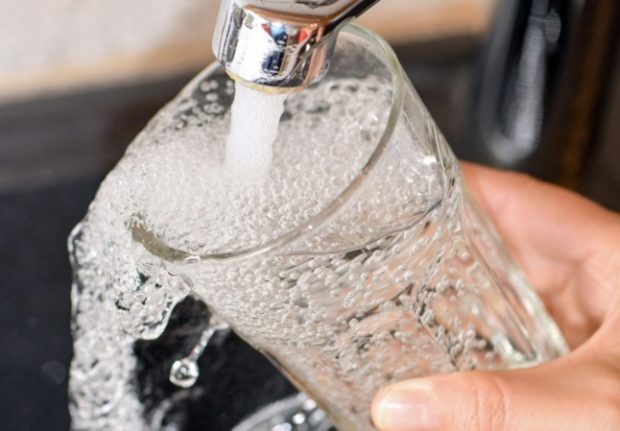 A refreshing drink of tap water - but it's not so common in Germany. Photo: picture alliance/dpa/dpa-Zentralbild | Patrick Pleul

First of all let’s discuss the quality – across Germany it is safe to drink water from the tap, known as Leitungswasser in German.

According to the Environment Ministry, water in Germany “is of excellent quality and is one of the most strictly controlled food products”.

There can be differences depending on where you live, though. In Berlin, for instance, the water is hard and you can get a lot of limescale around your kettle. Some people buy filters for this reason. But the water is still clean and safe.

“Provided there are no lead pipes in the house, you can drink it without any problems,” they said.

They do advise that you should let the water run until it becomes cool before using it for drinking.

“Water that has been standing in the pipes is no longer fresh,” the Consumer Centre said. “Always run water for drinking or cooking until it comes out of the tap cool. This can take up to 30 seconds. The first gush of water in the morning or after a vacation can be used for watering flowers, rinsing or cleaning.”

Many Germans are still in favour of buying bottled water rather than drinking from the tap.

It’s so popular that in 2019 Federal Environment Minister Svenja Schulze publicly called for more environmental and climate protection through turning to tap rather than bottled water. Schulze also promised that Germany would install more water fountains in streets.

Tap water in Germany is “flawless,” the Social Democratic (SPD) politician said at the time.

Anecdotally we’ve also heard that some Germans may find it strange if they’re offered tap water instead of bottled water when they visit someone’s home because it’s simply not the norm to do that.

Another factor could also be that most Germans prefer sparkling water, which you cannot get from the tap.

Tap water can be difficult to get at restaurants

You may be used to receiving a jug of ice cold tap water on your table when you dine out in other countries. But in Germany that is not something you’ll usually get.

And even if you ask for some Leitungswasser, you may receive some strange looks or be refused it completely. This anti-tap water culture has lead the Local team to break out in a sweat every time we dare think about asking for tap water in a restaurant.

Although the culture has changed in recent years due to the international influence, tap water at the dining table or at a café is still not part of the dining experience in Germany unfortunately.

The below sign from a restaurant in Saxony tells guests:  “We would like to point out that our tap water is not suitable for drinking.”

Remember the different words for water

If you do simply order Wasser in a restaurant, you will be asked if you want it mit oder ohne Kohlensäure/Gas (with or without gas). So if you want tap water, you’ll have to ask specifically for Leitungswasser. As we mentioned earlier, you might not get it.

If you do want bottled water there are different words for that:

You can ask for Sprudelwasser, Mineralwasser, Sprudel or Selters. All of those mean the same thing: Sparkling water. Other words you might see to describe sparkling water include spritzig and prickelnd.

You can also ask for Wasser ohne Kohlensäure/Gas or stilles Wasser if you’re looking for non-carbonated water.