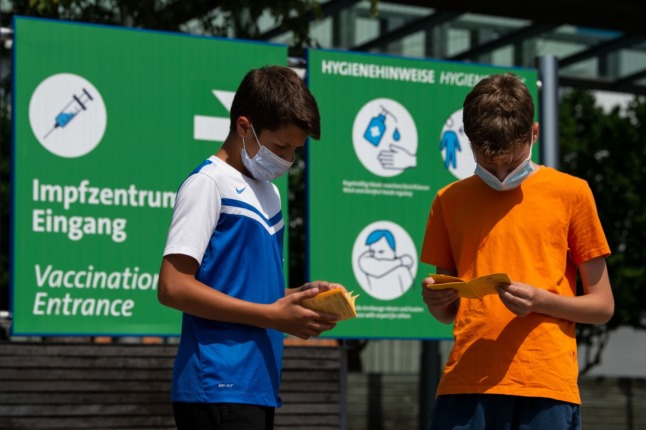 Youngsters over the age of 12 at a vaccination centre in Hanover in July. Photo: picture alliance/dpa | Swen Pförtner

Germany’s Health Ministry wants to open up vaccination centres to all 12 to 17-year olds in a bid to get more younger people vaccinated.

That’s according to a new draft paper set to be discussed on Monday by federal Health Minister Jens Spahn and state health ministers.

“All states should offer vaccinations for 12 to 17-year-olds at vaccination centres,” the ministry wrote in the draft proposals that were sent to states before Monday’s meeting.

The government also wants to see schools and universities offering the jab.

“This can contribute significantly to a safer start to teaching and learning after the summer vacations,” said the government’s draft paper.

In some states, vaccination campaigns are already planned at schools. Schleswig-Holstein, for example, wants to encourage older schoolchildren to get vaccinated.

From August 19th, mobile teams will be sent out to offer the jab to students aged 12 and older, as well as all employee. Some other states are planning similar drives.

READ ALSO: Masks, Covid tests, jabs and vaccinations: How German children are returning to the classroom

Can younger people get a Covid-19 vaccine in Germany?

Yes – but the advice is a little cloudy.

In June, Germany’s STIKO vaccine commission, which advises the government on vaccination matters, only officially recommended the vaccine only for 12-17 year olds if they have pre-existing conditions – such as diabetes or obesity – or if they live with people at high risk from Covid.

That’s the case despite pressure from German politicians who want STIKO to issue a blanket recommendation to all children over 12.

Adolescents who don’t fall into those categories are still allowed to get vaccinated in Germany if they consult with their parents and doctors.

But the cautious STIKO guidance has, understandably, slowed take-up of the vaccine among younger age groups.

Up to July 21st, around two percent of children and adolescents between the ages of 12 and 18 had been vaccinated in Germany, reported Spiegel.

Germany is desperately trying to get as much people vaccinated as possible over fears of a fourth wave fuelled by the more transmissible Delta variant.

In May, the European Medicines Agency (EMA) approved the mRNA Covid-19 vaccine by BioNTech/Pfizer for children aged 12 and over. Recently, the Moderna vaccine was also approved in Europe for the younger age group of 12 to 17.

What is the STIKO vaccine commission saying?

On Monday the head of STIKO, Thomas Mertens, said the advisory board was sticking to its decision.

Since children and adolescents have a relatively low risk of getting seriously ill with Covid-19, the risk-benefit assessment of illness or vaccination is different than for adults, according to the experts.

READ ALSO: Covid infection rate goes up – but vaccines having impact on hospitalisations

Mertens told radio station NDR Info on Monday: “We say we can’t make a general recommendation until we have the necessary reliable data in this regard.”

STIKO’s role is purely to give advice, and the government can choose to go a different route.

Germany has so far been hoping that children get vaccinated as fears grow over Covid cases spiking in schools after summer. But now it looks like the government wants to step it up and pro-actively encourage more families to have children vaccinated – in contrast the STIKO advice.

Mertens said on Monday that STIKO feels political pressure to change the advice.

However, he said, this had no influence on their actions. “It may well be that we will change our recommendation, but certainly not because politicians have spoken out,” Mertens said.

Mertens added that this discussion detracts from the issue of achieving a high vaccination rate among 18 to 59-year-olds who are more likely to suffer severe illness if they contract Covid.

Why is this topic controversial?

There is currently a debate worldwide on whether or when children should get vaccinated against Covid, with countries holding varying viewpoints.

In July, vaccine advisers in the UK recommended delaying vaccines for most young people under 16. They said that it was down to the very low rates of serious disease in this age group. However, the UK has recommended vaccinating children aged 12-15 if they are at higher risk of Covid due to certain underlying health conditions.

Countries like France, Italy, Spain the US and Israel are generally offering the vaccine to adolescents regardless of whether they’re a risk group.

What are politicians saying across Germany?

SPD health expert Karl Lauterbach said Monday that STIKO was taking an “outsider’s position” and urged them to rethink.

He said studies on the vaccination of children show that an infection with the Delta Covid-19 variant is more dangerous than vaccination.

Baden-Württemberg health minister Manne Lucha, of the Greens, is in favor of vaccinations for young people.

Approval also came from Saxony-Anhalt. Saxony-Anhalt’s acting health minister Petra Grimm-Benne (SPD) said: “The demand for this (vaccinations in children) is there.”

The state is already planning special vaccination campaigns for adolescents.

But criticism came from the Free Democrats (FDP) which questioned why health ministers would go against STIKO advice. 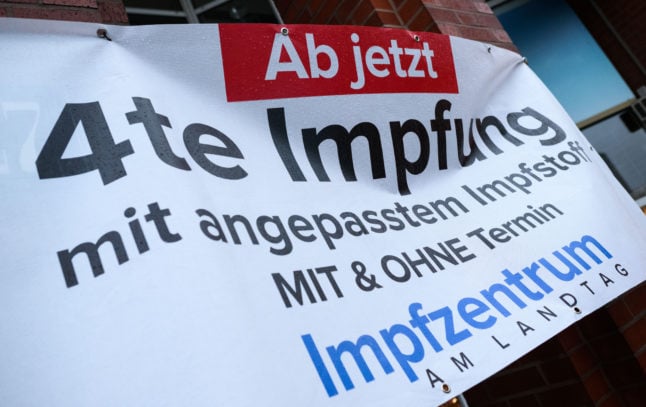