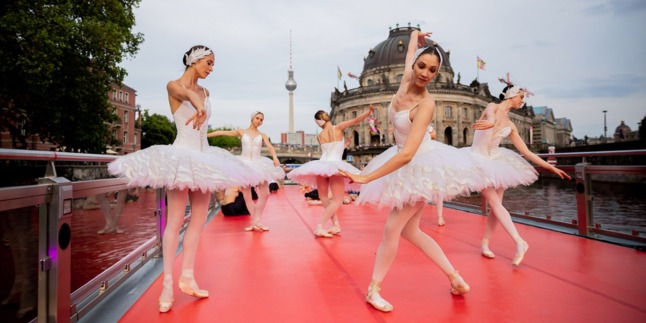 States run by the centre-left Social Democrats (SPD), in particular, have expressed a need for standardised rules across the 16 Bundesländer.

The SPD side called for basic rules for spectators at major indoor and open-air events depending on both the coronavirus incidence and vaccination rate.

They also said they wanted to see mandatory mask requirements, or proof of vaccination, recovery or a negative test, to be put in place.

Currently there are no set Germany-wide rules for major events, with most states enforcing their own participant caps for outdoor festivals, concerts and cultural events which are still taking place.

Berlin mayor Michael Müller (SPD) said it’s especially important to set uniform rules due to events which travel from state to state, such as concerts or sport matches.

However the Berlin Marathon organisers announced this week that the 35,000-participant strong event would likely still continue as planned – but with a safety plan and restrictions.

The Euro 2020 football championship (which was postponed from last year) also starts on Friday, with several upcoming games to be hosted in Munich’s Allianz Arena. Around 14,000 fans will be allowed into the stadium, which can normally accommodate 75,000 guests.

The rules for spectators for the Euro 2020 vary across countries, with Budapest being the only city to allow full fan capacity. However, there are uniform rules for all matches, such a mandatory masks and maintaining a minimum distance of 1.5 metres.

Bavarian state premier Markus Söder said it was “premature to open up too much, too soon”.

Although the current coronavirus situation is very positive, there is growing concern every day about developments in Britain, where the Delta variant of the virus, originally detected in Indian, is spreading rapidly, the CSU leader said.

Therefore, he said, not everything can happen now without rules. “We should not be rash,” Söder stressed.

He added that this applies in particular to dealing with major events, as every event – whether a rock concert or football match – must be assessed very differently.

In addition, both the incidence figures and a high vaccination rate are decisive, he added.

On Friday morning the Robert Koch Institute (RKI) reported a seven-day incidence of 18.6 for every 100,000 residents, down from 19.3 the day before. It also reported 2,440 coronavirus infections within one day, down from 3,165 a week ago.

However, the number of people who died from or with the coronavirus within a day grew compared to the previous week. Within 24 hours on Friday morning the figure stood at 102 new deaths, whereas a week ago it was 86.

Around 47 percent of the German population has had at least one jab, and 24.8 percent are fully vaccinated.