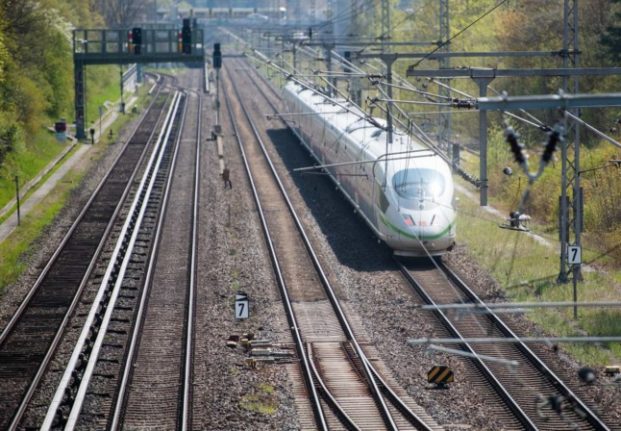 “In the future, reimbursement via smartphone will be child’s play and done in five minutes with just a few clicks,” announced Deutsche Bahn CEO Richard Lutz earlier this week.

“Our customers no longer have to search for train numbers or submit paper tickets. With this, we are making compensation much easier.”

In general, customers can get 25 percent of their fare back from Deutsche Bahn if they arrive at their destination at least one hour late. For a delay of two hours, half of the fare is refunded.

Until now, travellers had to print out the so-called passenger rights form after a delay, fill it out and send it to DB by mail.

They could also hand in the application at one of the travel centres in the train stations. For years, customers have been criticising this time-consuming procedure.

Numerous startups even sensed a gap in the market and offered a corresponding online service themselves: Customers submit their delay and train information digitally to the companies, which then take care of the analogue correspondence with DB for a commission.

Online reimbursement is just one part of DB’s general digital restructuring. The state-owned company is gradually converting and expanding its app, the DB Navigator.

Eighty percent of all bookings are now handled online, it said.

For some time now, travellers have also been able to check in by smartphone on the train. But it’s also now possible to automatically transfer reservations in the event of an unscheduled train change.

The new refund option, however, does not mean the end of the passenger rights form, said DB. Anyone who wants to can continue to claim their money back via the paperwork route.

The passenger association Pro Bahn spoke out favour of the new option.

“This is part of a modern railroad, that you can fill out this refund form electronically,” honourary chairman Karl-Peter Naumann told DPA.

“It is important that the railroads also continue to offer the analog passenger rights form alongside this.

There are still many people who prefer this way.”

Yet the need for refunds may become fewer and further between in future. A total of 81.8 percent of all long distance and regional trains through DB arrived at their destination on time in 2020, the highest number in 15 years.

The year before the rate stood at 75.9 percent. Deutsche Bahn considers a train to be on time if it arrives less than six minutes after the scheduled time.

The company reported particularly high punctuality in regional transport, with 95.6 percent of all DB Regio trains reaching their stations on schedule.

Yet according to DB, about half of the increase in punctuality was due to the restrictions caused by the pandemic. It remains to be seen whether the company will stay on track amid the summer travel season.