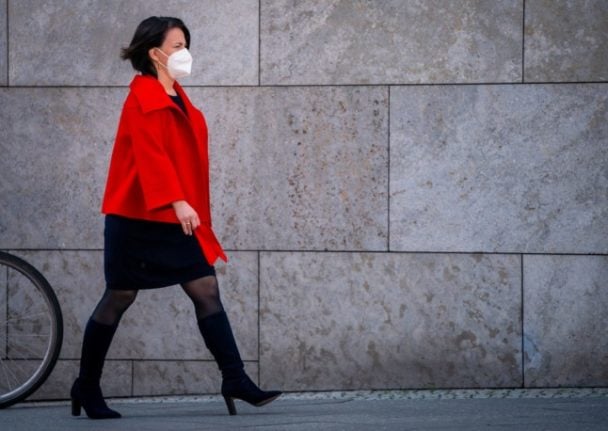 “It was a stupid oversight,” Baerbock, 40, said Thursday, adding that she had flagged it up immediately when she noticed the error.

But her opponents immediately leapt on the slip-up just four months before September 26th elections.

Markus Blume, general secretary of the CSU, accused the Greens of “hypocrisy and double standards” over the payments, part of which was paid by the ecologist party as bonuses for recent electoral successes.

“The fact that the capitalist-critic Greens are paying their leaders bonuses for successes is grotesque,” he said.

The Süddeutsche newspaper said that the case did not amount to a corruption scandal like one that had snagged Chancellor Angela Merkel’s conservatives.

“But it weakens (Baerbock), because her campaign thrives from being more upstanding that her competitors,” it noted.

A survey published Friday by broadcaster ZDF showed Baerbock’s popularity sliding to 0.5 on a scale of minus five to five. Two weeks ago, she was at one point.

In comparison, Merkel who topped the chart, was at 2.1. In terms of ranking, Baerbock was now trailing Greens co-chairman Robert Habeck who lost out to her for the chancellor candidate nomination.

Overall as a party, the more relevant measure under the German electoral system, the Green party is still neck-and-neck with Merkel’s CDU-CSU conservatives.

READ ALSO: Majority of Germans ‘in favour of a new government’

Merkel’s centre-right CDU and its Bavarian CSU sister party have been roiled by damaging allegations about MPs profiting from face mask deals early on in the pandemic, forcing three lawmakers to step down.