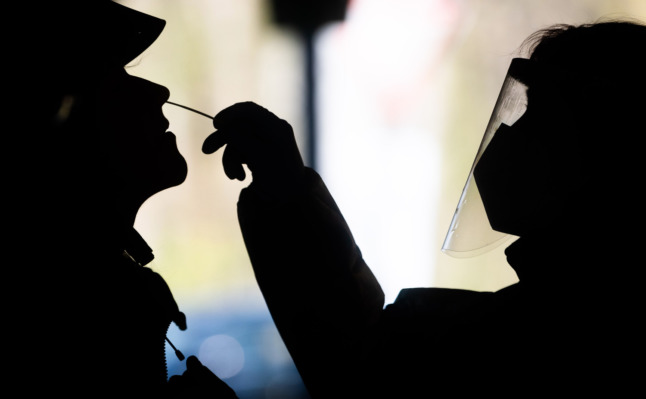 The Covid-19 mutant B.1.617, newly classified as a cause for concern, has so far been detected in only a few samples in Germany, “but its proportion has been steadily increasing in recent weeks,” according to an RKI report on Wednesday evening.

So far, its share in the samples tested is less than two percent, according to the RKI.

The variant B.1.1.7, originally detected in Britain, by far remains the dominant mutation found in Germany. As in previous weeks, this variant accounts for more than 90 percent of the samples tested.

Variants B.1.351 (originally from South Africa) and P.1 (detected initially in Brazil), which are also classified as worrying, continue to play a minor role: according to the RKI, their share in recent weeks has remained constant at 0 to 1 percent and 0 to 0.3 percent, respectively.

On Friday Germany reported a decrease in Covid-19 cases, with the lowest 7-day incidence of the virus (96.5) since mid-March.

The Indian variant has recently been classified as a concern by the World Health Organization (WHO).

But the RKI says there is currently still a lack of knowledge on how dangerous the variant is.

India is experiencing a dramatic surge in Covid cases, with hundreds of thousands of infections being reported daily among its population of 1.38 billion people. Several countries, including Germany, are providing medical supplies and support.

Germany banned travel from India in April, allowing only citizens and residents to enter.