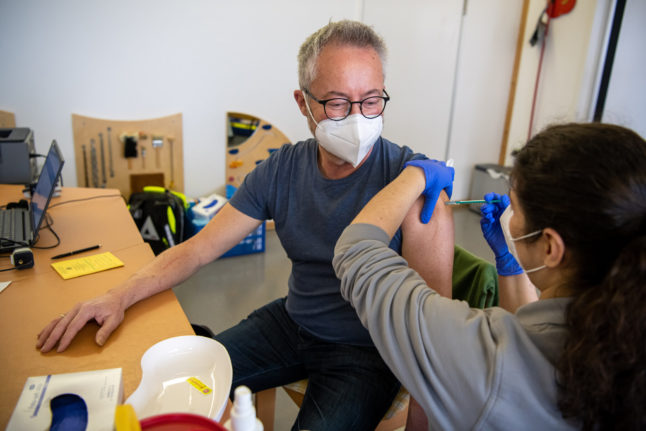 “The core problem so far has unquestionably been the lack of vaccinations,” Stiko boss Thomas Mertens told the Augsburg Allgemeine newspaper.

Saying that he could understand why so many people have been frustrated by the pace of the rollout, he added that the rate of vaccination should pick up markedly next month.

“I think that there will be such an increase in available doses in the second and third quarters, that the vaccine centres will no longer be able to use them all,” Mertens predicted.

While the UK, USA and Israel have forged ahead with their vaccination programmes, Germany and other EU countries have been slowed down by supply shortages and limits set on the use of the AstraZeneca vaccination.

On Thursday March 4th, the Stiko changed its recommendations for the AstraZeneca jab, saying that it now also recommended it for use on people over the age of 65.

Initially, Stiko said there was not enough data on its effectiveness in older patients, but a study showing that the vaccine had significantly reduced hospitalisations in Scotland persuaded the commission to change its mind.

Hundreds of thousands of doses of the AstraZeneca vaccination are reportedly sitting unused in German storage facilities.

Meanwhile, German states are still having to deal with significant shortages in supply.

Baden-Württemberg confirmed on Saturday that it had stopped delivering vaccines to its hospitals so that the supply to vaccine centres could be secured.

“The continuing shortage of vaccine supplies means that the vaccine doses which have been given to our state will be delivered in the coming weeks to the vaccination centres,” the state health department said.

Hospital staff have been at the front of the queue in Germany’s vaccine priority list since the vaccine programme began, receiving their jabs at the same time as those over the age of 80.

Baden-Wurttemberg says though that all “high risk” staff – those who come into regular contact with Covid-19 patients – have now been vaccinated, meaning that priorities need to be focused elsewhere.

Hospital staff will now have to register for appointments at vaccine centres in the southwestern state.

“We are not happy about this, nor can we really understand it,” said Hans-Georg Kräusslich, head virologist at Heidelberg University Hospital.

“For example, we wanted to vaccinate the students who are doing their clinical semester, as well as other staff. Now everyone has to register at the vaccination centres where the workload is already high.”