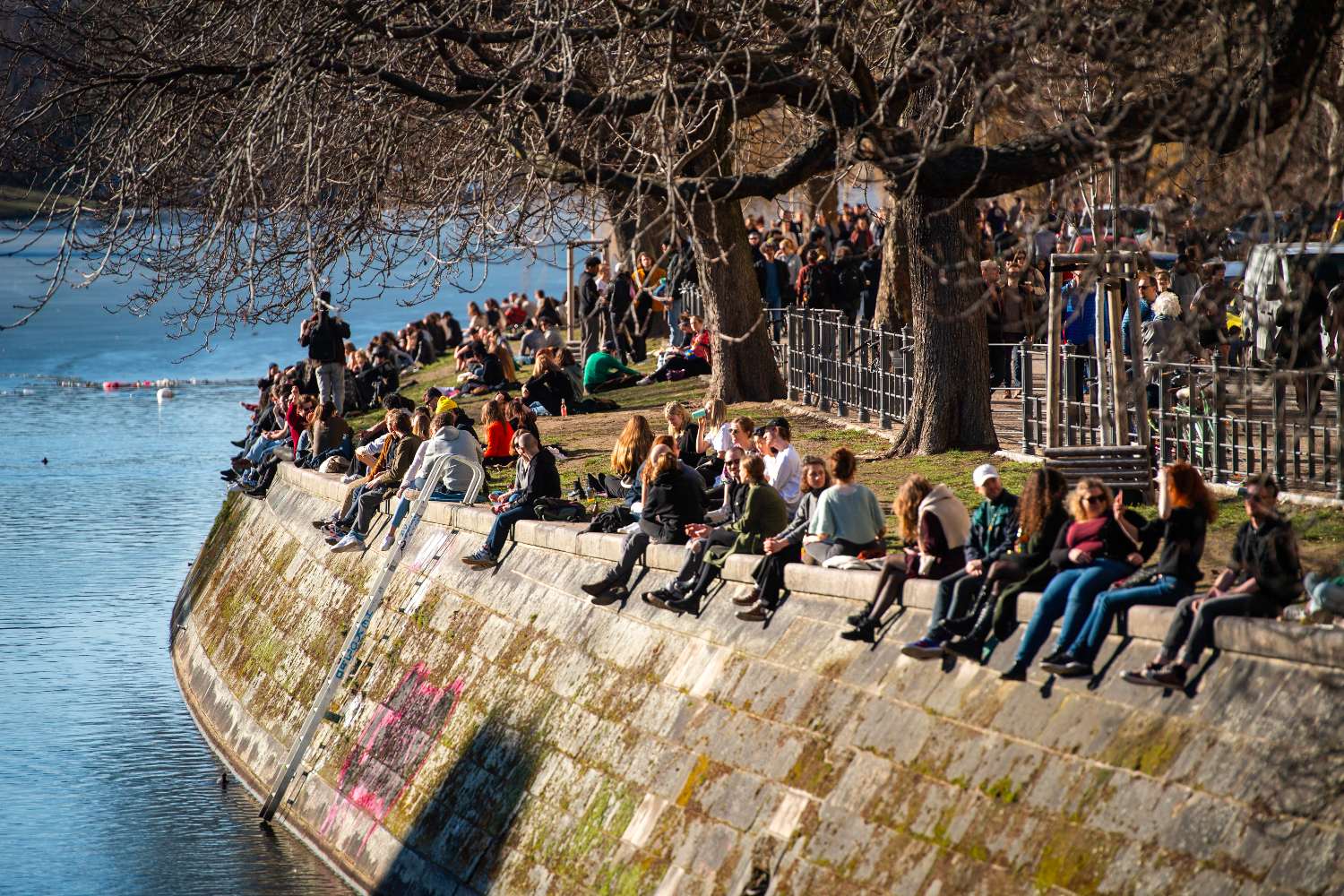 People sitting by the Landwehr canal in Berlin on Sunday. Photo: DPA

German states can reopen more of public life when the number of Covid-19 cases per 100,000 people in seven days reaches 35 – the so-called 7-day incidence.

This target was decided by Chancellor Angela Merkel and state leaders at their most recent talks in response to the spread of Covid-19 variants. Previously an incidence aim of 50 was discussed.

But in a letter to the Berlin Senate, the capital's 12 public health officials said that a new approach is needed to allow the capital to open up and live with coronavirus while protecting vulnerable groups.

They said it is “not helpful to link containment measures to incidence rates of 20/35/50”, according to the statement, which was viewed by Tagesspiegel.

READ ALSO: How and why Germany tightened its target for lifting lockdown restrictions

Instead, the health experts propose “intensive infection prevention measures” for the elderly and other vulnerable people. They say that measures for other groups who are less affected by Covid-19, such as schoolchildren, should be toned down.

“These incidences do not represent the true incidence of infection,” the medical officers wrote, adding that the numbers depend on testing capacities and people's willingness to be tested.

“This leads to fluctuations that do not reflect the infectious situation,” they said.

The health experts argued that it makes a difference whether the infections come from cluster outbreaks or widespread contagion, and also which age or risk groups are affected.

They instead suggest that measures should be geared to the consequences of Covid-19, and that an incidence analysis based on age should be created as an “early warning system”.

So-called “no-Covid” strategies – which have been put forward by some scientists and involve getting the infection cases down as low as possible, were slammed by the capital's medical officers. These do “not do justice to the realities of life”, they said, as they disregard other public health issues.

The heads of the district health offices also call on the Senate to provide financial resources to educate people “especially on the scientific standard of vaccinations”. A high level of vaccination coverage is “a crucial pillar” to be able to afford relaxations of measures.

On Monday, as in many other federal states, classes one to three in Berlin were returning to the classroom.

However, compulsory attendance is suspended (meaning parents do not have to send their child to school if they don't want to), and classes are alternated with online learning.

The number of cases per 100,000 residents in seven days in Berlin has been falling in recent weeks, but is beginning to creep up. On Monday, it was 57.3 – up from 56.5 the previous day.