Cleaning robot Franzi makes sure floors are spotless at the Munich hospital where she works, and has taken on a new role during the pandemic: cheering up patients and staff.

"Can you move out the way, please? I need to clean," trills the robot in German when people block her pre-programmed cleaning route.

"You need to move! I really want to clean!" she squeaks at those who still don't get out of the way. And if that doesn't work, digital tears begin to stream from her LED-light eyes.

"Visitors are not allowed in the pandemic, so Franzi entertains the patients a bit," says Constance Rettler of Dr. Rettler, the company in charge of cleaning the Neuperlach hospital that provided the robot.

Three times a day, Franzi bustles through the clinic's entrance hall, her feet automatically mopping the floors. Amused patients take photos of her, and some even stop to chat to the metre-high robot.

"Ah, there you are my friend," cries one elderly lady with a drip on her arm upon catching sight of Franzi.

"One of our recent patients came down three times a day to talk to her," smiles Tanja Zacherl, who oversees hospital maintenance.

Created by a company in Singapore, Franzi was originally named Ella and spoke English before coming to Munich early this year.

Yet her German is perfect as she tells her interviewers that she "never wants to grow up" and that cleaning is her passion.

When prompted, she can also sing classic German pop songs and even rap. 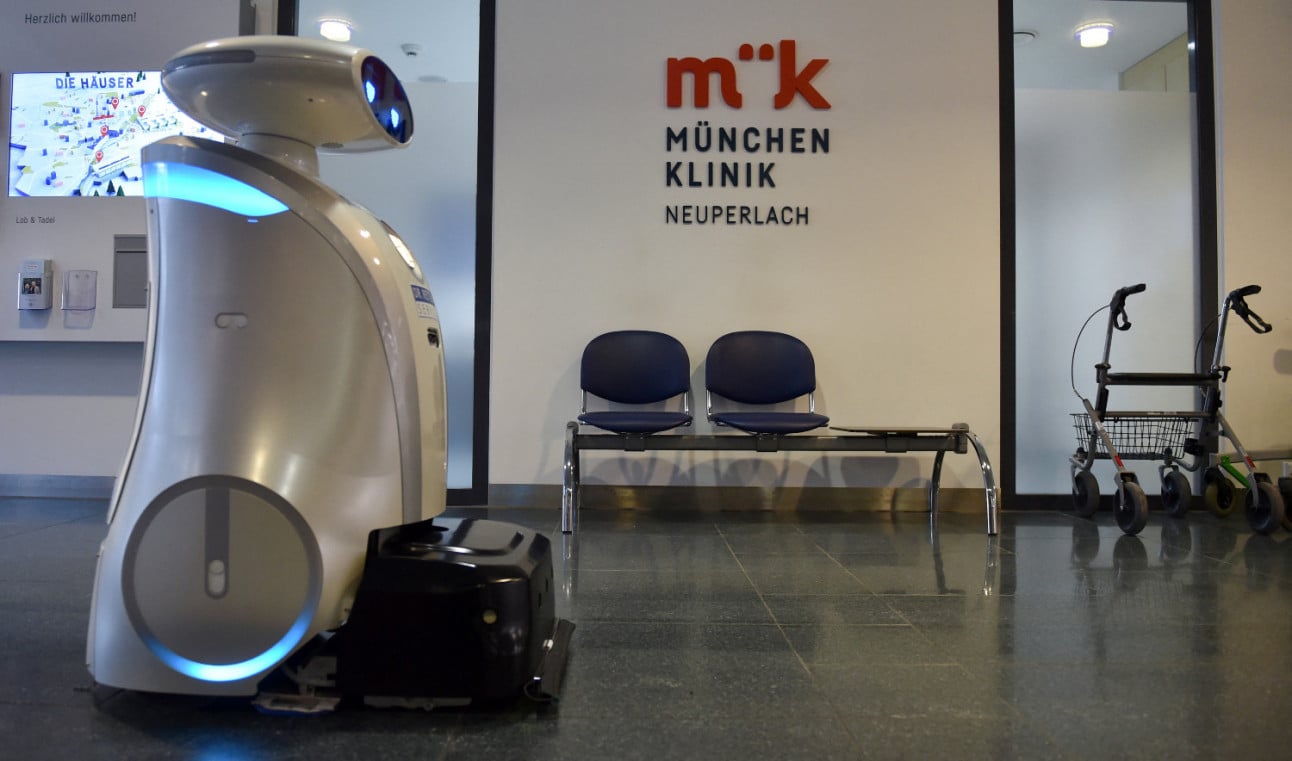 Rettler is adamant that the robot is not taking jobs away from real human beings but instead is supposed to "support" her flesh-and-blood colleagues, who have become harder to come by during the coronavirus pandemic.

"With the pandemic, there is lots of extra disinfecting work to be done in hospitals," says Rettler.

"While Franzi is cleaning the floors, our employees can concentrate on doing that."

A robot has its limits however. It is still unable to get into tight
corners, and if it hits an obstacle, it bursts into tears and remains stuck until rescued by a human.

Yet Franzi also has a reason to be cheerful. After a test phase of several weeks, she appears to have settled in at the Neuperlach hospital.

Rettler's company has therefore decided to keep her there permanently rather than deploy her elsewhere.