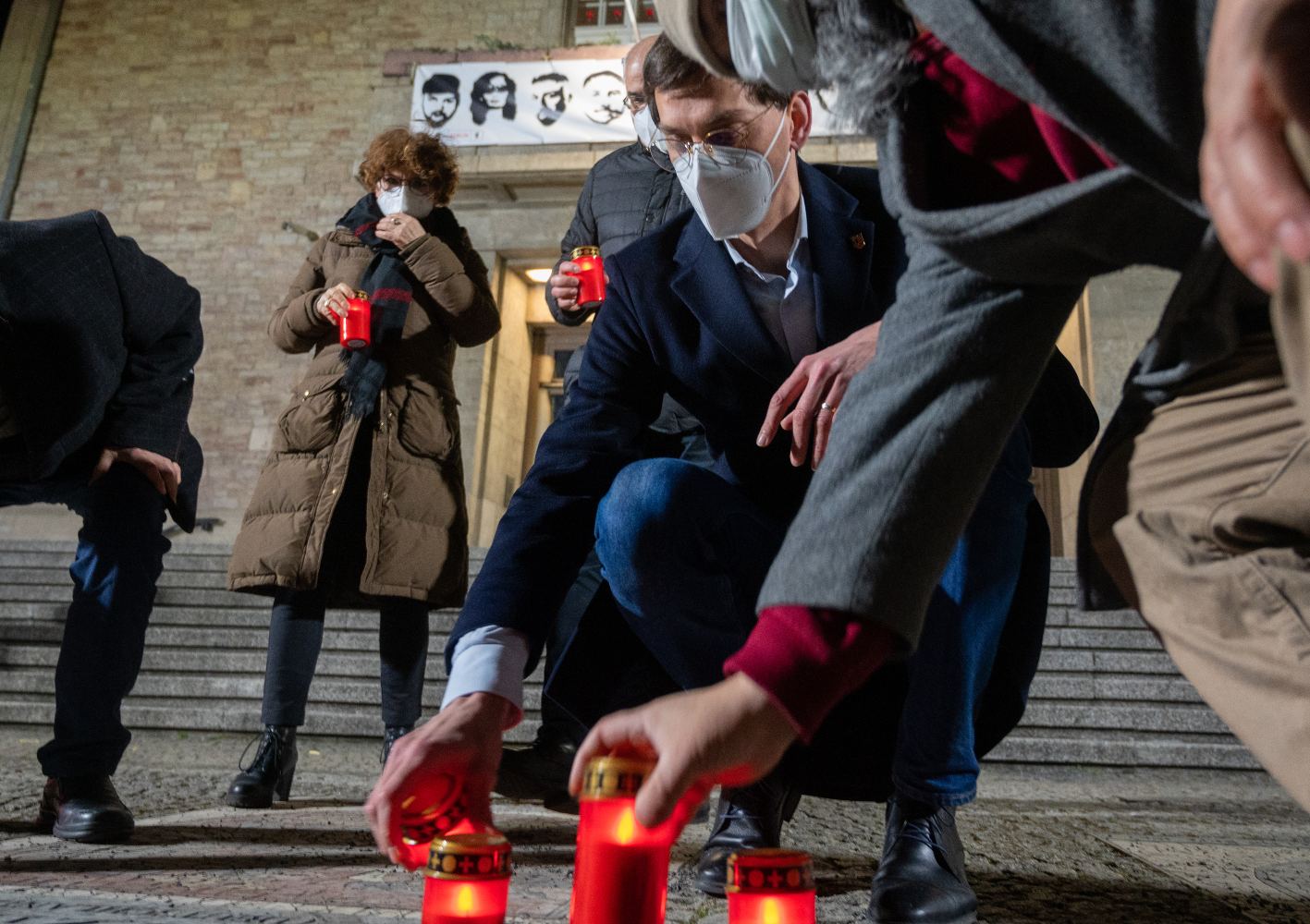 Martin Hikel, mayor of Berlin-Neukölln, set out candles for victims of the attacks on Thursday evening in front of the district's Rathaus. Photo: DPA

A year after nine people were killed in a racist shooting in the German city of Hanau, President Frank-Walter Steinmeier
on Friday urged all Germans to unite against far-right extremism.

“Has the sadness gone? Has the pain subsided, the anger gone? Have all questions been answered? No. Absolutely not,” Steinmeier told around 50 people gathered at an event in Hanau's Congress Park, scaled down due to Covid-19 restrictions.

“But as federal president I ask you: Let us not allow this evil act to divide us,” he said.

The deadly shooting at a shisha bar and a cafe on February 19th, 2020 shocked Germany and fuelled fears over far-right terror.

But 12 months after the deadly shootings at a shisha bar and a cafe, victims' relatives say too little has been done to shed light on the attack and ensure that such atrocities will not be repeated.

Gunman Tobias Rathjen, 43, completed his killing spree on February 19, 2020 by turning the gun on his mother and himself, leaving behind a 24-page “manifesto” of right-wing extremist views and conspiracy theories.

The investigation into what happened is still ongoing, with many questions unanswered and little known about the attacker.

“There can be no public criminal trial against a dead attacker in which the victims can ask questions. This makes it all the more important to fully clarify the background,” he tweeted.

Rathjen lived with his parents in Hanau. He was a sports shooter and legally owned several weapons, but was not known to police.

In November 2019, however, he had filed a criminal complaint about a “secret service organisation” which he accused of “tapping into people's brains” in order to “control world events”.

In 2002, he was diagnosed with paranoid schizophrenia, which apparently remained untreated.

Relatives of the victims have lately focused their attentions on Rathjen's father, who they believe was partly responsible for the crime.

They have filed a 16-page criminal complaint against the 73-year-old for being an accessory to murder, according to a report in the Süddeutsche Zeitung newspaper.

They believe he had a controlling relationship with his son, knew about plans for the attack and encouraged it.

The families have also criticised the police response on the night of the attack, complaining the emergency number was busy and they could not get through.

They also believe the emergency exit of the bar at the second crime scene had been locked on police orders.

So far, a total of 42 family members of the victims have received about €1.2 million in compensation from the federal government, with more potentially in the pipeline, according to the Ministry of Justice. 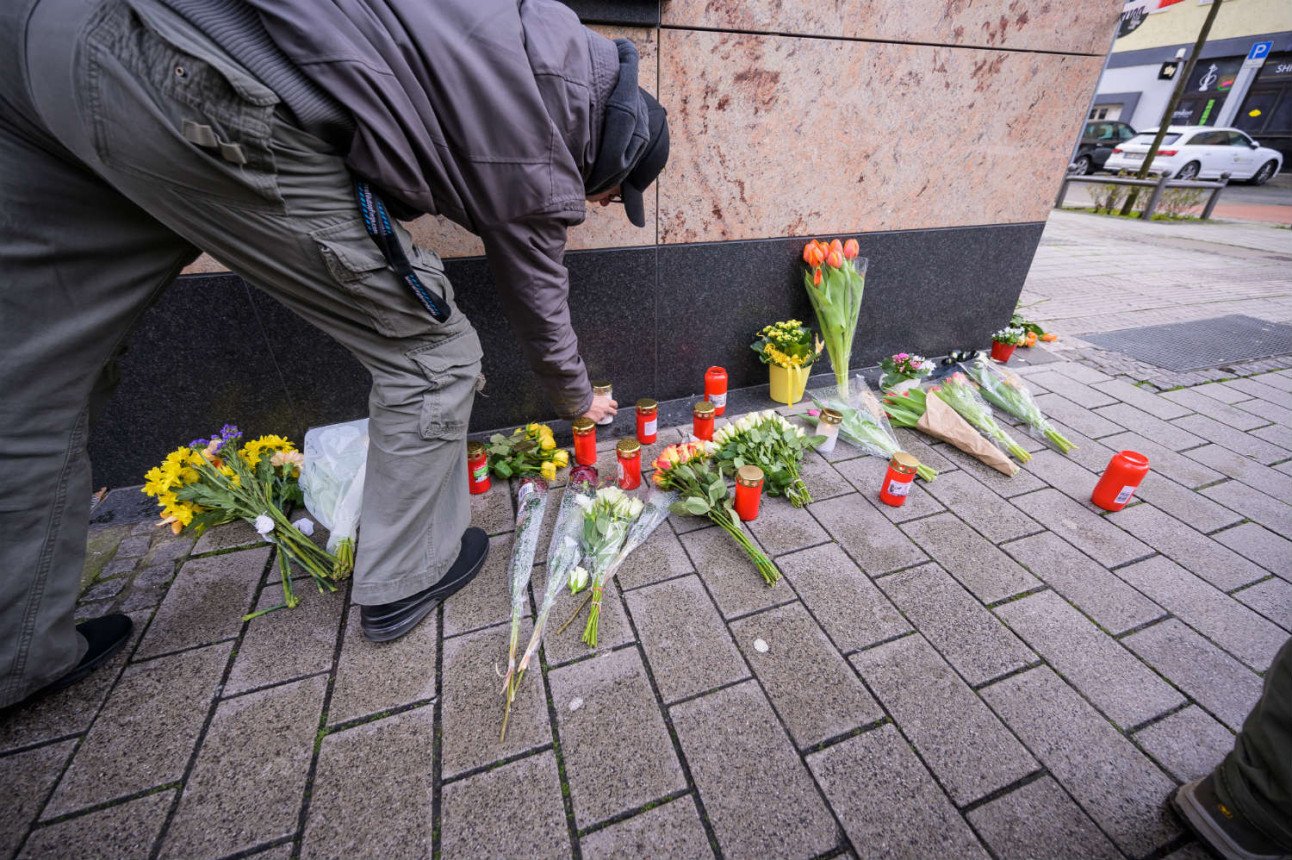 Flowers being laid in Hanau for victims of the attacks on February 20th, 2020. Photo: DPA

Organisations across Germany called for decisive action against racism and right-wing extremism ahead of the anniversary of the attack on Friday.

“For those affected, Hanau is potentially (still) everywhere, all the
time,” Atila Karaborklu, chairman of the TGD society for the Turkish community in Germany, said in a statement.

Right-wing extremism and racism are now taken more seriously at the political level, but are still not a high enough priority in Germany, he said.

“We need an even clearer awareness in the interior ministries that right-wing extremist attacks, for example on Muslims, are not an abstract danger, but a concrete one,” he told the Neue Osnabrücker Zeitung on Friday.

Chancellor Angela Merkel noted the upcoming anniversary in her weekly podcast at the weekend, saying: “Racism is a poison. Hate is a poison.”

Merkel also referenced a cabinet committee set up in response to the Hanau attack to combat right-wing extremism and racism.

In early December, the government adopted a package of 89 measures drawn up by the committee aimed at tightening punishments for right-wing extremists and protecting victims.

The measures include making it a criminal offence to publish “death lists” on which extremists list their enemies, and the introduction of a new criminal offence for anti-Semitic or racist incitement.