Is Merkel's legacy in danger as Germany grapples with slow Covid-19 vaccine rollout?

After weathering the Covid-19 first wave relatively well compared to European counterparts, Germany’s second wave has been tough - and the vaccine rollout remains slow so far. Will this cast a cloud over Angela Merkel’s legacy?

With about seven months to go until the election to determine who will succeed Angela Merkel as Chancellor, Germany marks the grim milestone of more than 65,000 coronavirus deaths. The country has extended its “hard lockdown” and taken the unusual step of closing its borders to fellow EU countries like Austria and the Czech Republic.

For a country that handled the first wave relatively well compared to many of its European counterparts, Germany’s pandemic performance lately looks to be coming in below public expectations. After 15 years in near-constant crisis management mode as the world’s most powerful woman, what effect might Germany’s recent Covid-19 woes have on Merkel’s legacy?

READ ALSO: Life after Merkel - is Germany ready to think about what's next?

Merkel lauded for handling of the first wave

Merkel’s own personal approval rating still tops any other German politician, standing at around 69 percent. Yet, public opinion polls are starting to register German impatience. Just under 70 percent of Germans responding to one survey now say national vaccination is moving too slowly, up from 52 percent a month ago. And 56 percent now disapprove of the federal and state-level government’s combined crisis management.

The Chancellor herself recently admitted to the Bundestag that the government’s approach to a second lockdown in late summer and early autumn last year was “too hesitant.” She has sometimes struggled, paricularly during the second wave, to convince leaders in Germany’s 16 federal states to opt for the tougher measures she often favours.

It wasn’t always this way. As the first wave hit in March 2020, Merkel proved she could still surprise German residents even after 15 years in power. Her government gained wide parliamentary approval to suspend its constitutionally-enshrined debt brake and make unprecedented amounts of emergency money available to keep companies and the self-employed afloat. 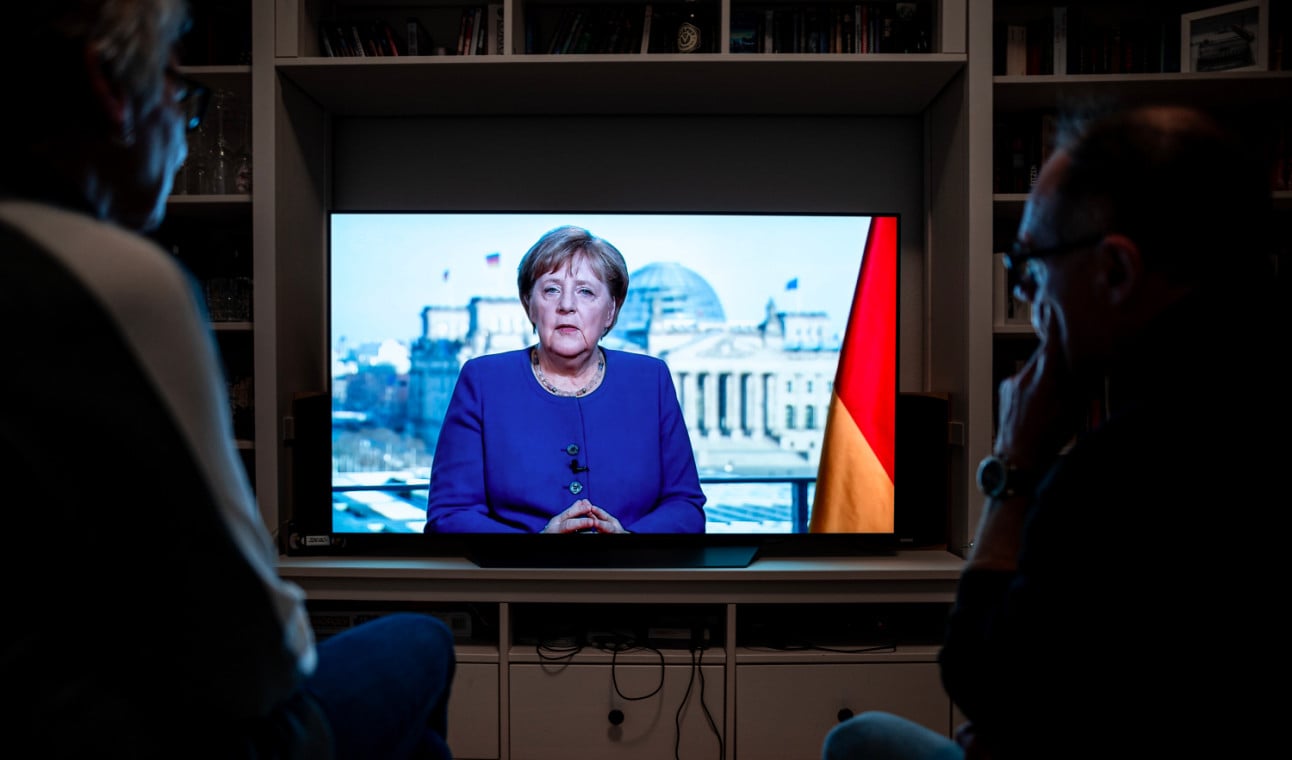 She was instrumental in negotiating a €750 billion deal to support EU countries in their economic recoveries. She spoke in uncharacteristically emotional language during the only televised address she’s ever given outside of her New Year messages. “[Case numbers] aren’t just abstract numbers or statistics,” she said at the time. “But rather about a father or grandfather; a mother or grandmother; a partner. This is about people.”

For Andrea Römmele, professor of Communication in Politics and Civil Society at Berlin’s Hertie School of Governance, it was a stark contrast to the cautious, unemotional, “lead-from-behind” leadership style Germans are used to from Merkel.

“During the first couple of weeks, she was definitely leading from the front,” Römmele says. “That was new. We haven’t seen that before to that extent.” After facing down some pressure to step down early in February 2020, Europe’s crisis managing Chancellor was in her element again, leaving many German residents to wonder what life would be like without her.

Then as the winter Covid-19 resurgence gripped the country, Europe’s vaccination drive descended into a disastrous debacle. European Commission President Ursula von der Leyen, who's a close ally and confidante of Merkel’s, got into an acrimonious dispute with both the UK and AstraZeneca over the company’s announcement that it was reducing its first quarter EU deliveries by 60 percent. 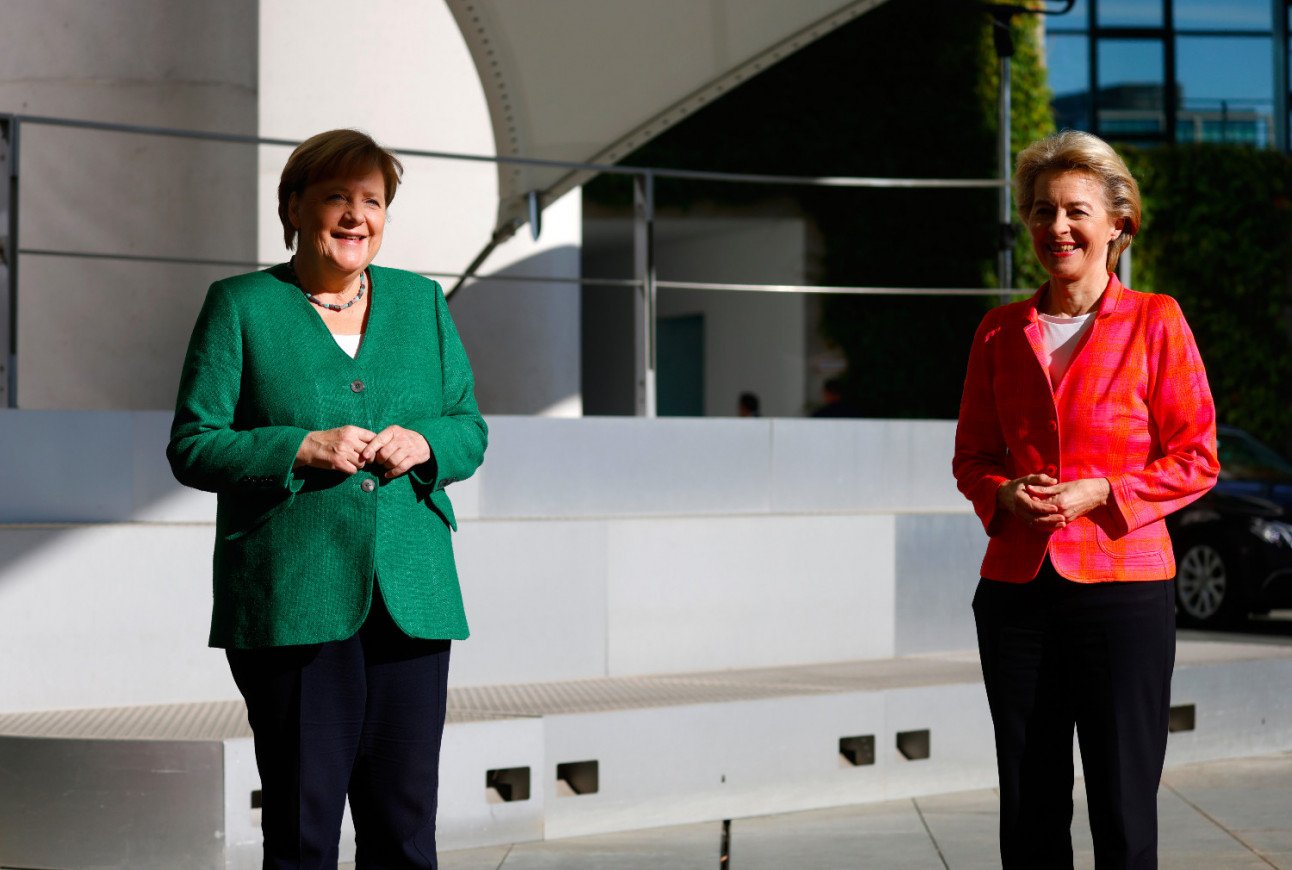 Europeans then found out the UK and US had negotiated their contracts with vaccine manufacturers months ahead of the EU. They had also spent seven times what the EU had per capita on developing and purchasing vaccines - suggesting the EU could have used a lot more of its considerable economic weight to help boost vaccine production capacity earlier.

What’s more, the EU reportedly rejected a BioNTech offer to supply an additional 100 million doses on top of its initial 200 million dose order.

As the EU’s most senior and influential national leader, how much of this is Merkel’s responsibility?

“When we talk about vaccination in Germany, the buck stops with Merkel,” says Hamburg-based political analyst Marcel Dirsus. “She can’t just point the finger at Brussels and say ‘this has got nothing to do with us,’ because Germany is one of the richest and most powerful countries on Earth.

"Its citizens should be able to expect to get vaccinated quickly. If it’s not possible to arrange for that at a European level, then either the German government needs to try to change policies in Brussels, or they need to find an alternative.” 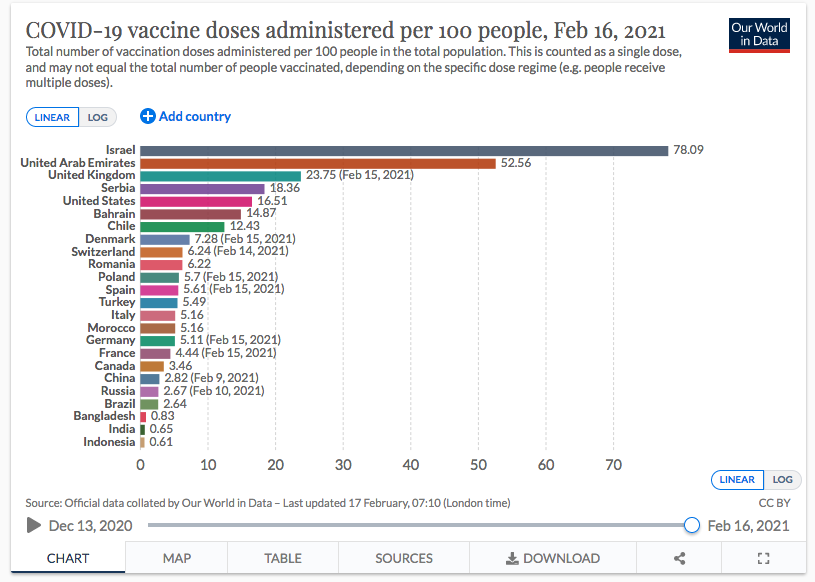 Source: Our World in Data.

While the European Commission is responsible for procuring EU vaccines, it’s difficult to imagine any Commission President not taking a call from Merkel - let alone Ursula von der Leyen - a close confidante, political ally, and a minister in all four of Merkel’s cabinets.

As the longest-serving member of the European Council, Merkel also enjoys tremendous amounts of political capital among the EU’s national leaders. There was hardly a better opportunity for her to push for faster action, backed by more money, had she wished to. 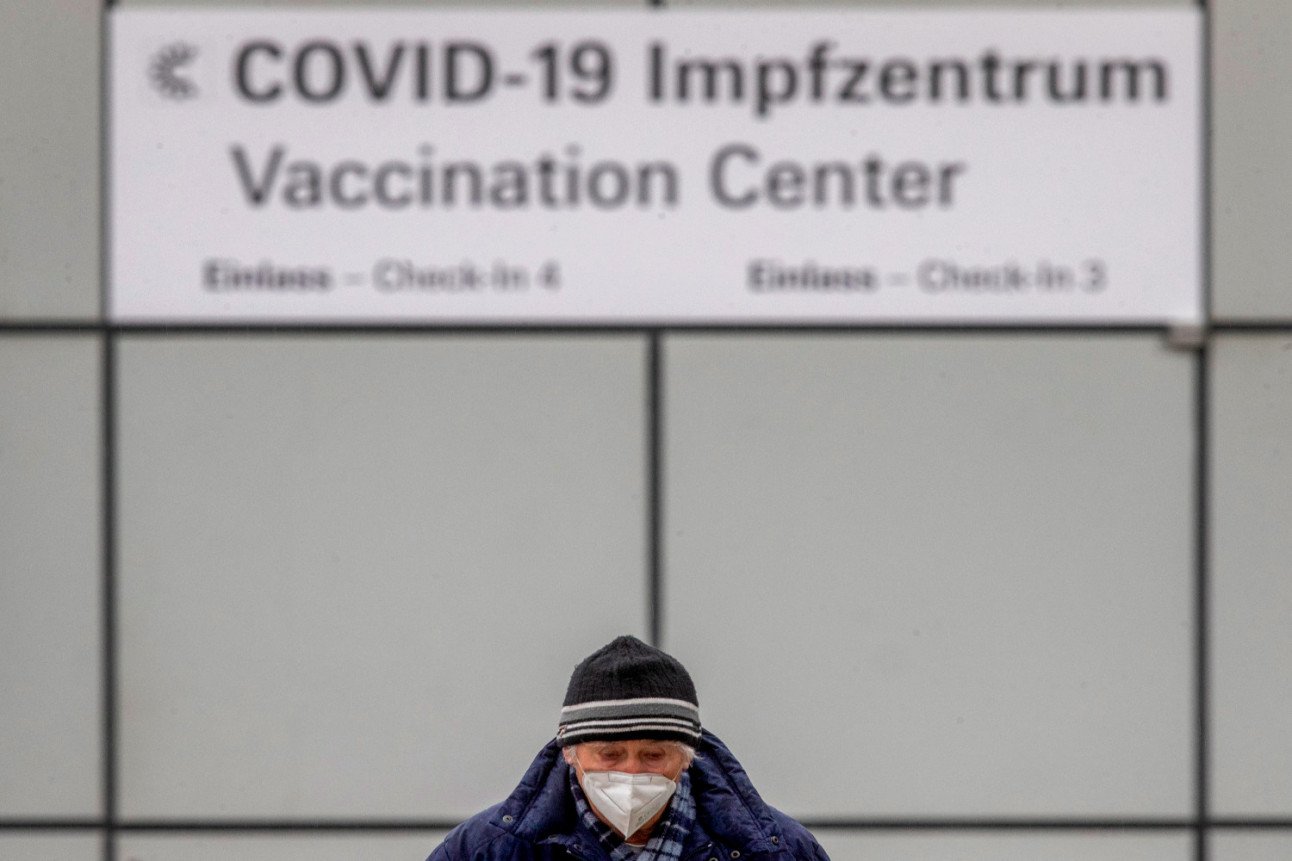 As criticism over Germany’s slow rollout intensified, Merkel convened a vaccine summit, where she maintained that the country would be able to offer all German residents a vaccine by the end of September - coinciding with the same timeframe as when German citizens will vote on who should take the reins of the country’s first post-Merkel government.

As Germany belatedly prepares to pony up more cash to help vaccine manufacturers increase their production capacity, whether Merkel’s legacy survives Covid-19 is still uncertain. A lot may well ride on whether she can keep that vaccination promise - and how the current difficult phase of the Covid-19 pandemic unfolds in Germany.