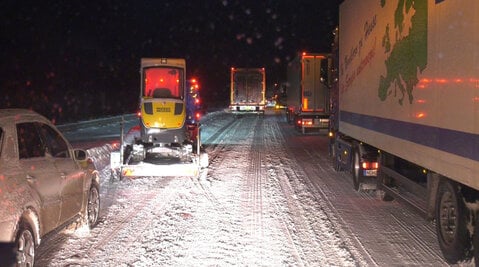 A traffic jam near Bielefeld on Monday evening. Photo: DPA

The worst log jam came on the A2 motorway outside Bielefeld, in North Rhine-Westphalia where an enormous 37 kilometre line of traffic built up on both sides of the road on Monday night. The queues stretched all the way into the state of Lower Saxony and had still not been cleared by Tuesday morning.

The A2 was blocked in both directions due to trucks coming to a standstill in the snow and not being able to get out. Police reported that hundreds of drivers had to spend the night in their cars.

Video footage showed shivering drivers huddled in their vehicles, complaining of going for hours without food as temperatures plunged to minus 12 degrees Celsius.

“The whole situation is tough, we are trying to work on a solution,” a police spokesman said on Tuesday morning.

In Bielefeld, a man was found dead on a snow-covered road on Monday, though emergency services said initial findings suggested he had suffered a medical emergency. 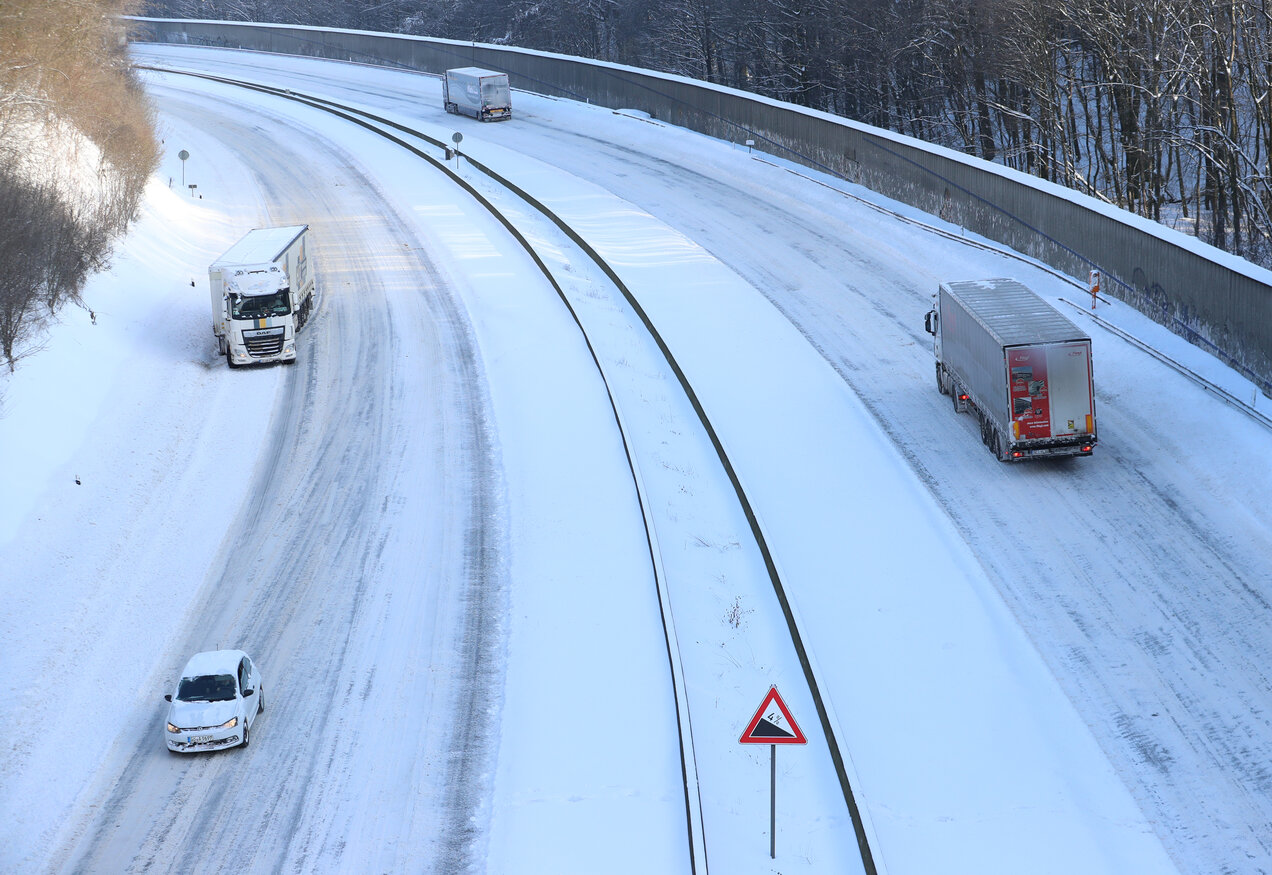 Another scene from the A2 near Bielefeld. Photo: DPA

Further down the A2 at Dortmund the motorway was also blocked after hundreds of haulage trucks broke the law banning them from driving after 10 pm and got stuck in the snow.

“The police registered 350 breaches of the law,” a spokesperson confirmed.

There was also traffic jams in Brandenburg, where two lorries slid across the slippery surface of the A10. Both lorries were jammed perpendicular to the road and could no longer move.

Good news came for drivers who had been stuck on a stretch of the A4 in north Hesse for 15 hours. Police reported that the road there had been cleared. But traffic was still moving slowly while police moved from truck to truck waking drivers who’d fallen asleep.

Intercity train travel meanwhile continues to be heavily restricted. There are no services from Hamburg to Munich, or Hamburg to Cologne.

In Mecklenburg-Western Pomerania, some 20 car accidents were reported during a day of heavy snowfall. Fortunately, only one injury was reported.

Transport Minister Andreas Scheuer appealed to people in northern and central Germany to stay at home until at least Wednesday.

“In such extreme conditions, even the best gritting vehicles will reach their limits,” the CSU politician said on Tuesday.

“We are working on all fronts to ensure that we get the north-south roads free – so that we can at least drive with restrictions,” he said.

“A new weather front is forming: a small one, but it's very fierce,” Scheuer said. “On Tuesday and Wednesday we will get a lot of snow on the Baltic Sea and near Rügen, along with stormy conditions.” 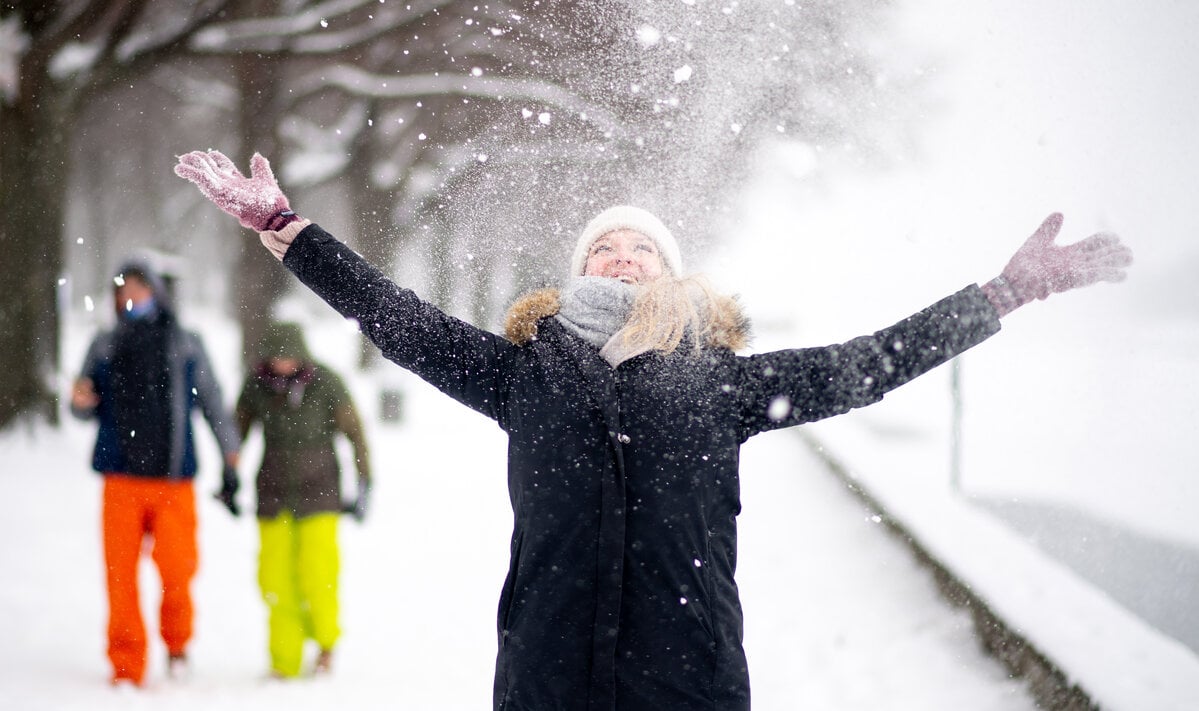 Enjoying the snow on the Maschsee in Hannover. Photo: DPA

In much of Germany though, snow will give way to frost in the coming days. In central and eastern Germany, night frost of -18C will not be uncommon, weather forecaster Martin Jonas predicts.

With the wind chill factor, temperatures could feel as low as minus 30 degrees at night, forecasters have said.