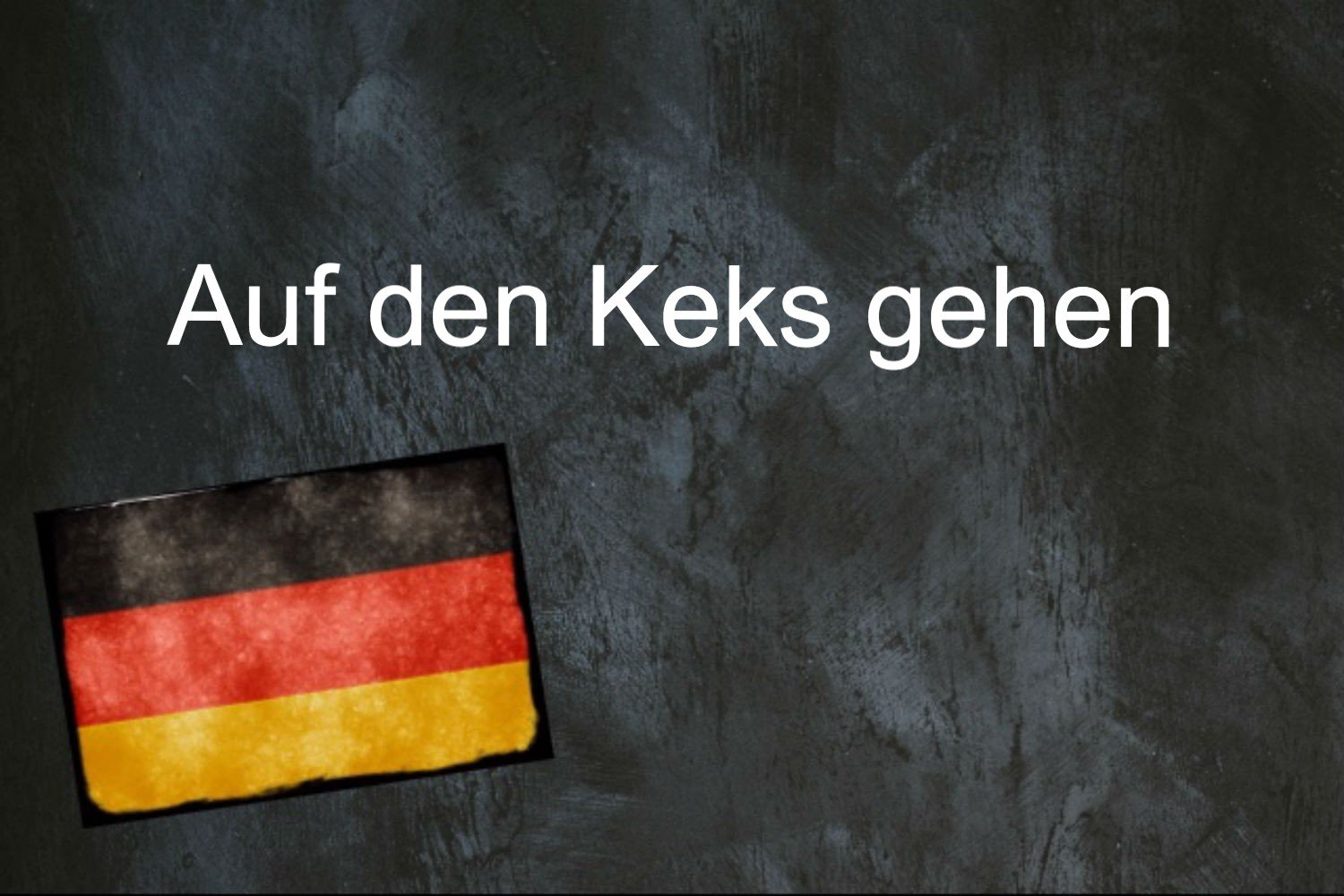 “Du gehst mir auf den Keks” literally translates to “You are getting on my biscuit (or cookie in American English)”.

You could use this phrase to express to someone that they are getting on your nerves. If you are trying to concentrate on a task, for example, and someone keeps interrupting you, you could counter back: “Du gehst mir auf den Keks” to let them know that they are causing you a great deal of irritation.

Another similar phrase is ‘‘Du hast einen weichen Keks’’ which means “You have a soft biscuit”, which is used to refer to someone who is believed to be foolish. The ‘‘biscuit’’ is meant to refer to one’s head.

Food is often used as an insult in languages. In English, someone who is considered silly is called a ‘nut’.

In Russian, calling someone a ‘gourd’ refers to someone who is brainless. In Spanish, the word castaña or ‘chestnut’ is also used negatively for something boring.

In German, there are several other instances in which food is used as an insult. Even the beloved cucumber (Gurke) is also used to describe a dimwitted person.

This saying is popular among German speakers all over Germany and Austria.

You're really getting on my nerves!

I hope I’m not annoying you.

Your loud chewing is irritating me.