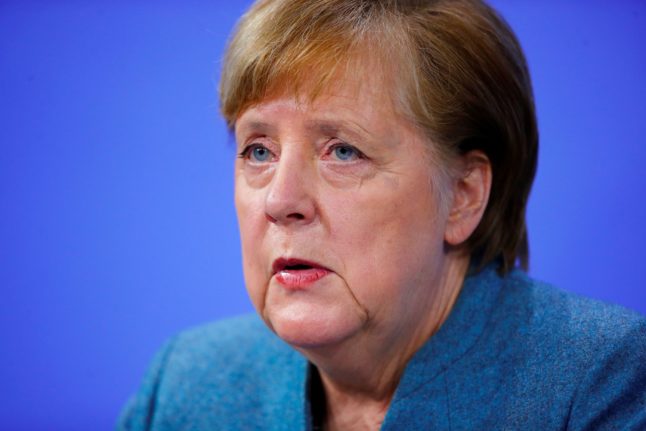 Merkel met with the country's 16 state leaders and pharmaceutical representatives on Monday to discuss how to improve the country's sluggish vaccination programme.

After the meeting, which lasted over five hours, Merkel announced that the federal and state governments were to launch a “national vaccination plan” in a bid to iron out issues.

The plan should better record and manage delivery dates of vaccine doses in order to come up with a schedule on when people in Germany can be offered a vaccination.

It will be developed by the Health Ministry with the federal states by the next planned government Covid-19 strategy meeting scheduled for February 10th.

The Health Ministry forecasts the delivery of about 320 million doses to Germany by the end of the year, although this is subject to change.

However, Germany will still continue to see vaccine shortages at the moment.

Europe has limited production capacities, and this will be noticeable until the end of March, Merkel, of the CDU, said.

In the second quarter, however, significantly more doses will be available for the population.

Merkel renewed Germany's promise of offering everyone in the country a vaccination by the end of summer.

The “statement that we will be able to offer every citizen a vaccination by the end of the third quarter” can still be maintained, she said.

Spahn issued this promise around a month ago but doubts had arisen because of the vaccine shortage.

Merkel said that despite delays to deliveries of vaccine stocks, the German government had received reassurances that all supplies will be received in each quarter.

And this applies even if there are no approvals or there are delays to the developing vaccines by Johnson & Johnson and CureVac. If those firms do receive approval, the supply will be boosted.

How will Germany ramp up vaccination campaign?

Merkel said there were several reasons for the slower pace in Germany compared to other countries.

She said there was limited production capacity and also referenced the EU's process of negotiating liability issues. Merkel also said the EU had not opted for emergency approval of vaccines. She said this was important so that people could trust in the process.

“It's similar to the flu vaccine, where you re-vaccinate against the new mutation of the virus every time,” she said.

So far, 18.5 million vaccine doses have been delivered and more than 12 million administered, Merkel said.

Merkel added that the EU is ready to help manufacturers quickly ramp up their production and delivery of vaccine.

The Chancellor also mentioned that vaccination in doctors' surgeries could be possible in Germany.

A Health Ministry paper says vaccinating in surgeries would make sense if “vaccines suitable for transport and storage in medical practices” were available in sufficient quantities for at least three million vaccinations per week.

According to the Federal Association of Statutory Health Insurance Physicians (KBV), the approximately 50,000 practices that could be considered for this could carry out more than five million vaccinations per week, the ministry wrote.

On the topic of issues with getting appointments in states, politicians said teething problems should be expected.

According to an analysis by the Health Ministry, there were up to 6.8 million calls to the nationwide vaccination hotline 116 117 between January 1st and January 20th alone.

At the beginning of the allocation of vaccine appointments, there were “massive bottlenecks in the utilisation” of the hotline in some states. In some places, the capacities were “not nearly sufficient to handle the volume of callers”.