A German neo-Nazi was sentenced on Thursday to life in prison for murdering pro-migration politician Walter Lübcke, a killing that shocked the country and highlighted the growing threat of right-wing extremism.

Stephan Ernst, 47, was found guilty of shooting dead the politician from Chancellor Angela Merkel's conservative CDU party on June 1, 2019, in what is believed to be Germany's first far-right political assassination since World War II.

The conservative politician was found lifeless on the terrace of his home near the central city of Kassel, with an autopsy showing he was shot in the head at close range.

Summing up its case in December, the prosecution said Ernst had been motivated by “racism and xenophobia”.

A co-defendant, Markus Hartmann, who had been accused of being an accessory in the killing and allegedly helping Ernst in weapons training, was cleared of the complicity charge. He was found guilty on weapons possession charges and received a suspended sentence of 1.5 years.

Lübcke, 65, headed the Kassel regional council in the western state of Hesse.

He supported Merkel's 2015 decision to open the country's borders to refugees and spoke in favour of hosting asylum seekers in a local town. 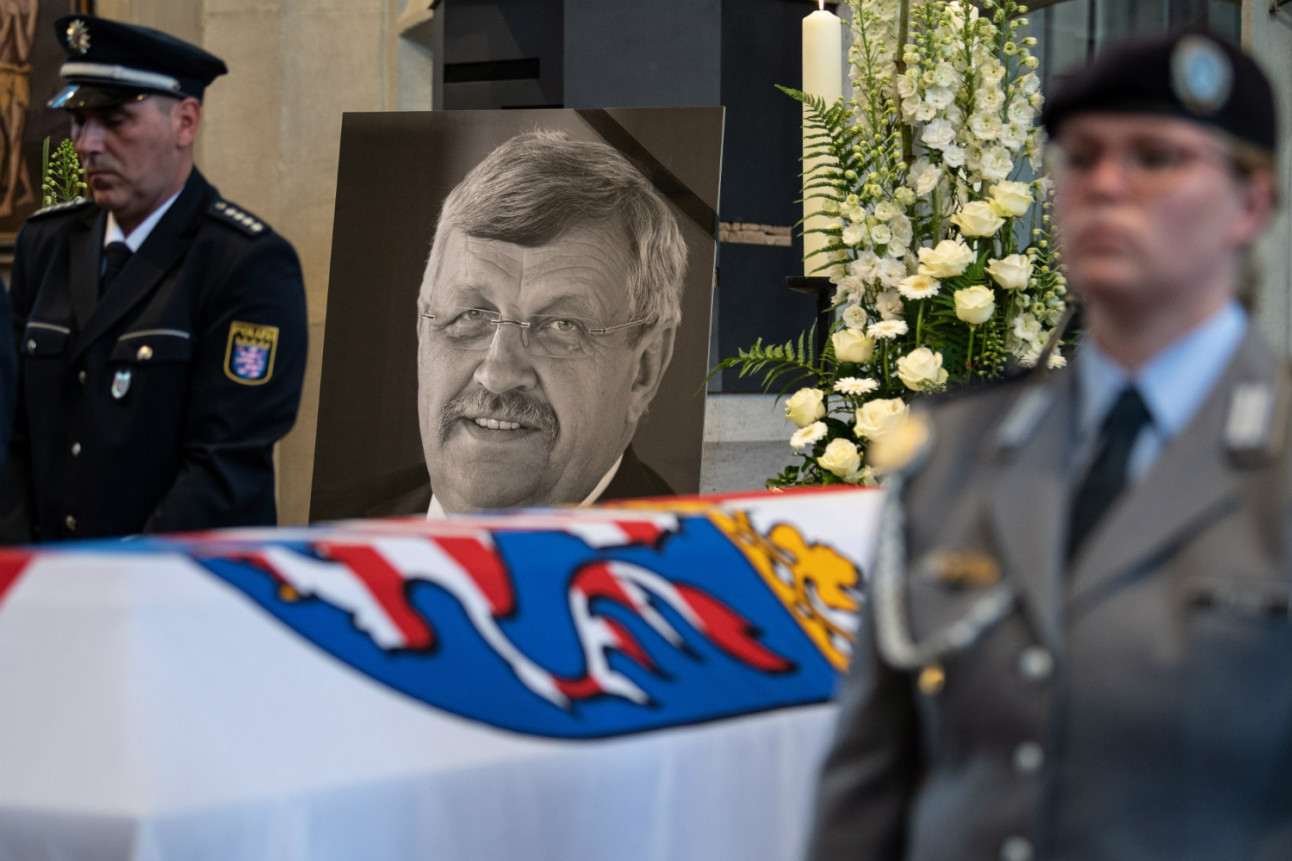 Prosecutors believe Ernst and his accomplice attended a speech by Lübcke in October 2015 when the politician defended helping refugees, adding that anyone who did not agree with those values was “free to leave the country”.

After the speech, Ernst “increasingly projected his hatred of foreigners” on to Lübcke, prosecutors said at the opening of the trial in June.

Following mass sexual assaults by migrants against women in Cologne on New Year's Eve 2015 and a 2016 Islamist attack in the French city of Nice, Ernst allegedly began tracking Lübcke's movements.

Between 2016 and 2018, prosecutors say he worked with Hartmann to improve his skill with firearms, and the two attended right-wing demonstrations together.

They also uncovered weapons and ammunition belonging to Ernst, including revolvers, pistols and a submachine gun.

Although Ernst initially admitted killing Lübcke, he later retracted his confession and said Hartmann had pulled the trigger.

But he then sacked his defence lawyer and reverted to his original confession, claiming he had been pushed into blaming Hartmann.

He was convicted of an attempted bomb attack on an asylum home in 1993. German media say he took part in neo-Nazi clashes targeting a union demonstration in 2009.

But Ernst then slipped off the security services' radar, fuelling criticism that the authorities were not taking the far-right threat seriously enough.

German police came under fire years earlier for overlooking racist crimes after it emerged that a neo-Nazi terror cell, the National Socialist Underground, had killed 10 people, mainly immigrants, between 2000 in 2007.

In October 2019, just months after Lübcke's death, Germany was rocked by a shooting at a synagogue in the eastern city of Halle that left two people dead.

Neo-Nazi Stephan Balliet, 28, was sentenced to life in prison in December for that attack, described as the country's worst anti-Semitic atrocity since World War II.

By Annalena DÖRNER with Femke COLBORNE in Berlin