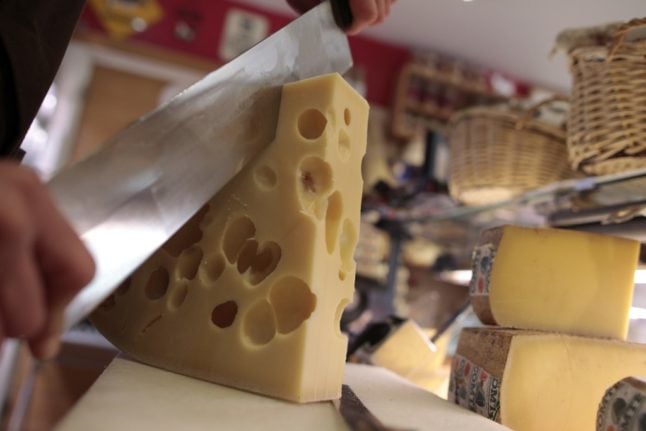 A cheese dairy from the St. Gallen Rhine Valley has submitted an application to the Federal Customs Administration for the permission to import three million litres of milk from Germany, according to a report by SRF public broadcaster.

The regional milk producers association is urging Customs authorities to reject the request, as approving it would have “disastrous consequences” for Swiss farmers.

Markus Berner, managing director of the United Dairy Farmers told SRF that if the practice of importing milk from abroad were to catch on, the price of Swiss milk would quickly fall to EU levels, making it difficult for Swiss milk producers to make ends meet.

“When milk is imported, the value of Swiss milk will fall and we can’t accept that”, said Urs Werder, who runs a dairy farm in Toggenburg (SG), where he produces organic milk for Appenzeller cheese.

Switzerland produces about 700 different varieties of cheese using only milk from Swiss cows.

Milk can only be imported if it is in short supply in Switzerland, which is not currently the case.

In order to protect local milk producers, high customs duties — 76 cents per litre —are levied on those who want to bring it from abroad for industrial use.

In the case of the St.Gallen dairy, the milk would be processed into cheese and then exported to Germany, so the producers are hoping customs duties will be eliminated.