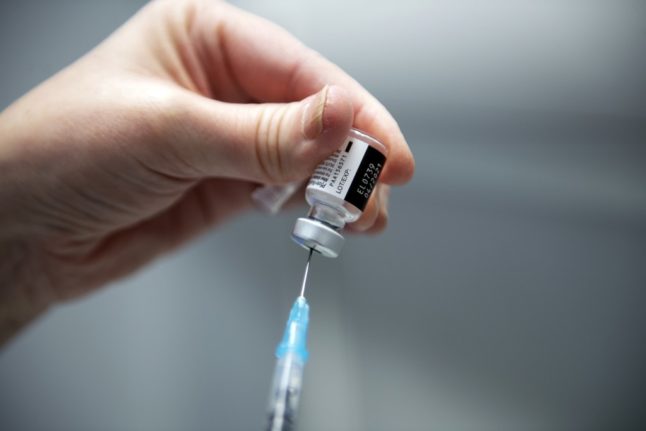 Health agencies stress however that the vast majority of post-vaccination fatalities were elderly, already vulnerable and often sick.

Here's a review of the situation:

Norway sparked alarm last week when it reported the deaths of 33 of some 20,000 retirement home residents who had received a first shot of the Pfizer/BioNTech vaccine.

At least 13 of the fatalities were not only very elderly but also considered frail with serious ailments, the Norwegian Institute of Public Health said.

While it noted that no analysis had yet been carried out on the causes of the deaths, it suggested that with the aged and vulnerable the normal side effects of vaccination such as fever or nausea could have contributed.

Outside Norway the news raised widespread concern and fed anti-vaccine scepticism, prompting the authorities to stress that no link had been established between the vaccine and post-jab deaths.

In France, of 800,000 people vaccinated, nine deaths of chronically ill residents of care and retirement homes were recorded by Friday.

The national medicines agency ANSM said that based on available evidence, “Nothing leads to the conclusion that the reported deaths were linked to vaccination.”

Other examples include 13 deaths of elderly people recorded in Sweden and seven in Iceland, all with no link established.

In Portugal, a care worker died two days after being inoculated but the justice ministry said a post-mortem found no direct link.

France's interior ministry on January 18 listed 71 “observations of death” in Europe of people who had the inoculation, but offered no further details.

The European Medicines Agency said that despite the deaths, “to date no specific concerns have been identified with Comirnaty”, the commercial name for the Pfizer shot.

The EMA noted that the authorities investigate fatalities to determine whether the vaccine was responsible.

National and European agencies check any problems with vaccinations reported by health professionals, pharmaceutical firms and patients themselves.

For the moment, the number and type of deaths among those vaccinated are not considered abnormal, with no cause-and-effect relationship identified.

In many countries — such as France, Norway, Britain and Spain — the frail and elderly are first in line for vaccinations.

“It is not unexpected that some of these people may naturally fall ill due to their age or underlying conditions shortly after being vaccinated, without the vaccine playing any role in that,” the UK medicines regulator MHRA said.

The deaths are a highly sensitive issue, and approaches to informing the public vary.

France and some Nordic countries have reported post-vaccination deaths and detailed the potential side effects of the jabs even if no link has been established.

But Britain's MHRA said it would make a statement at a later date, possibly seeking to avoid spreading alarm.

“We will publish details of all suspected reactions reported in association with approved Covid-19 vaccines, along with our assessment of the data on a regular basis in the future,” it said.

In any event, European health officials say the deaths do not call into question the safety of the vaccines.

Norway has not changed its vaccination rollout, even if it has recommended doctors consider the overall health of the most frail before giving them the jab, the policy of numerous other countries.

Globally, more than 60 million doses have been received in at least 64 countries or territories, according to an AFP tally on Saturday.