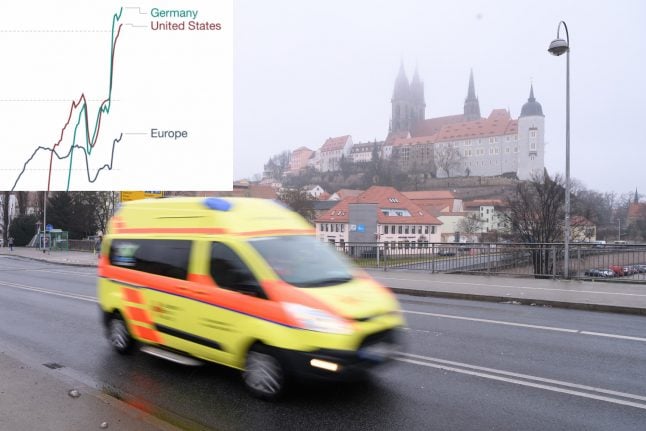 An ambulance in Meißen, Saxony, which has one of the highest coronavirus rates in all of Germany. Photo: DPA

In terms of sheer numbers, there is little doubt that the US has been harder hit by the coronavirus pandemic than Germany since its outbreak in the early months of 2020.

The US, with a population of 328.2 million people, has reported 23.1 million coronavirus cases, and 385,000 deaths from the virus. Germany, with around 83 million inhabitants, as of Thursday reported a total of 1.99 million cases and over 44,000 deaths.

READ ALSO: Opinion: What it feels like to be American in Germany during the coronavirus pandemic

Death rate in Germany vs. US

In terms of the death rate per capita, however, Germany began to overtake the US last week. An average of around 11 people per million in the population die from or with coronavirus every seven days, according the latest data from John Hopkins University published on Wednesday.

This is above the figure from the US, where there's slightly less than 10 deaths per million in the population per week.

This also places Germany far above the EU average of around 7.5 deaths per million inhabitants in the last week. 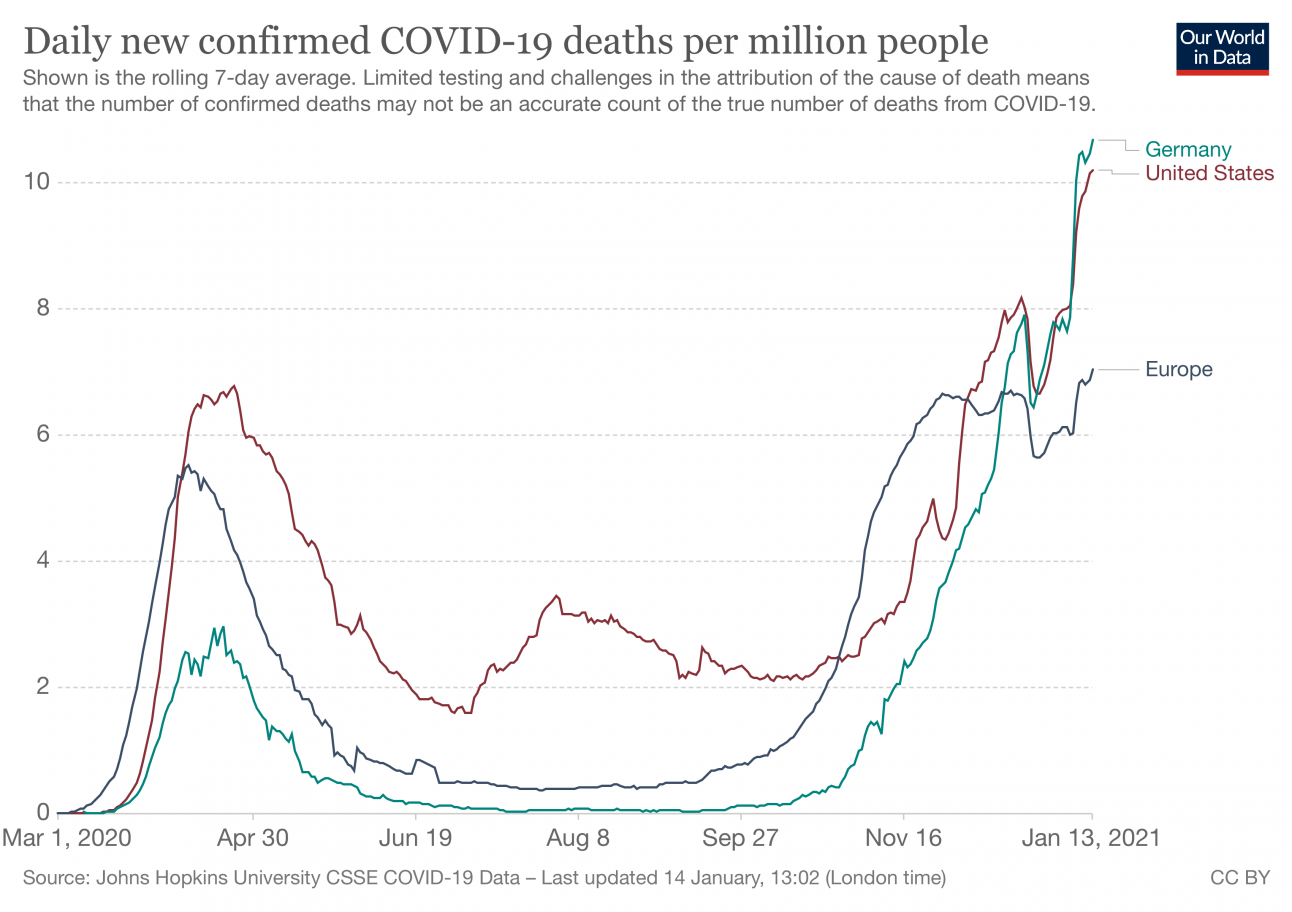 Only the UK and the four EU countries – Sweden, the Czech Republic, Lithuania and Portugal – are worse affected. The UK recorded the most deaths, or a seven day incidence of 23.1.

Germany currently has a fatality rate of 2.2 percent for all coronavirus cases, compared to 1.7 percent in the US, according to data published at the beginning of the week. 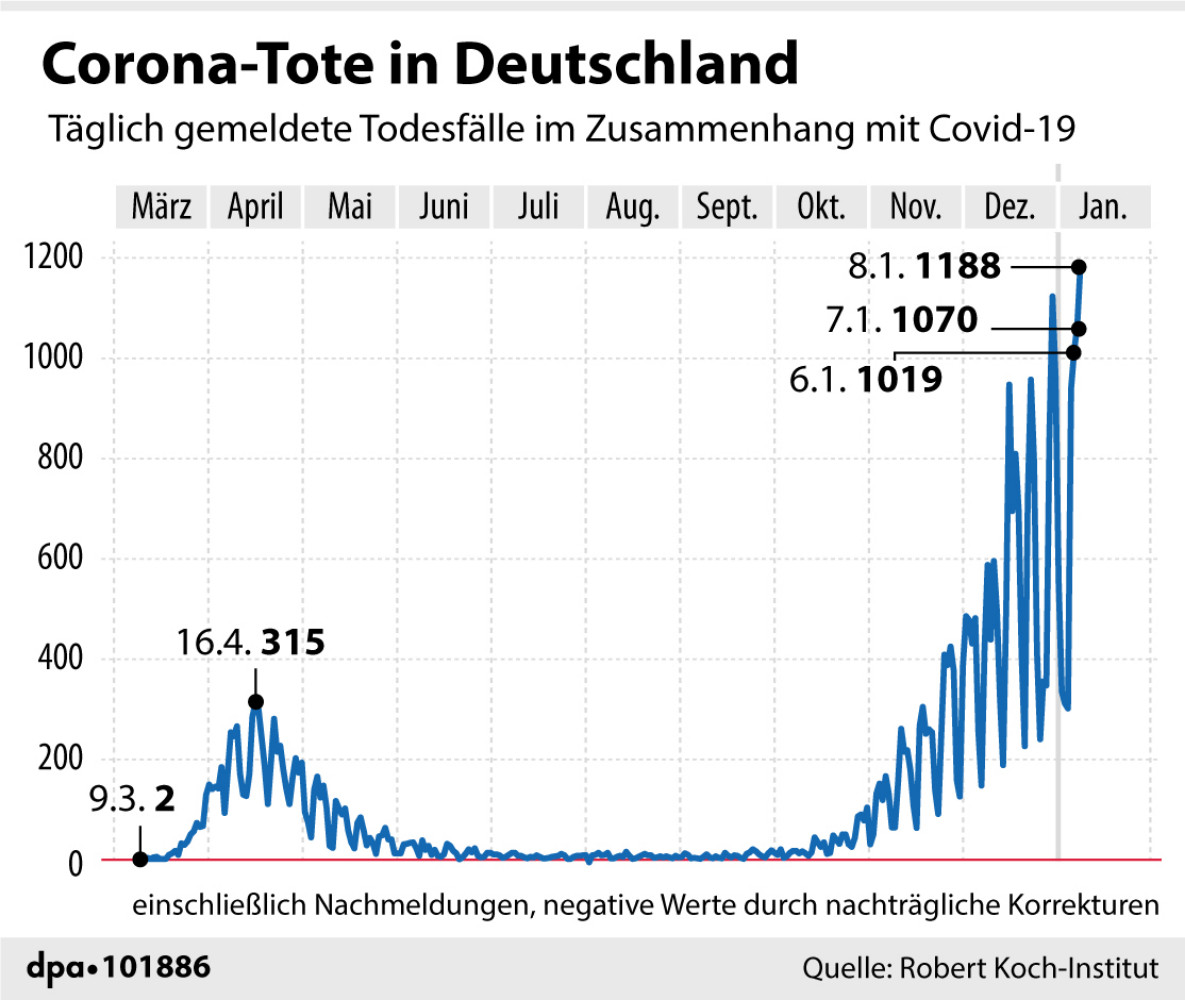 This graph shows the number of daily coronavirus deaths since the beginning of the pandemic. Graph: DPA

The high death rate could also be related to the age distribution. People in Germany who die from or with coronavirus are older than in the US, and age plays a significant role in how serious of a course the virus can take.

According to the Robert Koch Institute (RKI), 96 percent of those who die in Germany are older than 60, and just under 70 percent alone are older than 80.

The fact that the US has significantly more confirmed infections, but fewer deaths in comparison, can also be explained by the fact that there is currently more testing in the US. 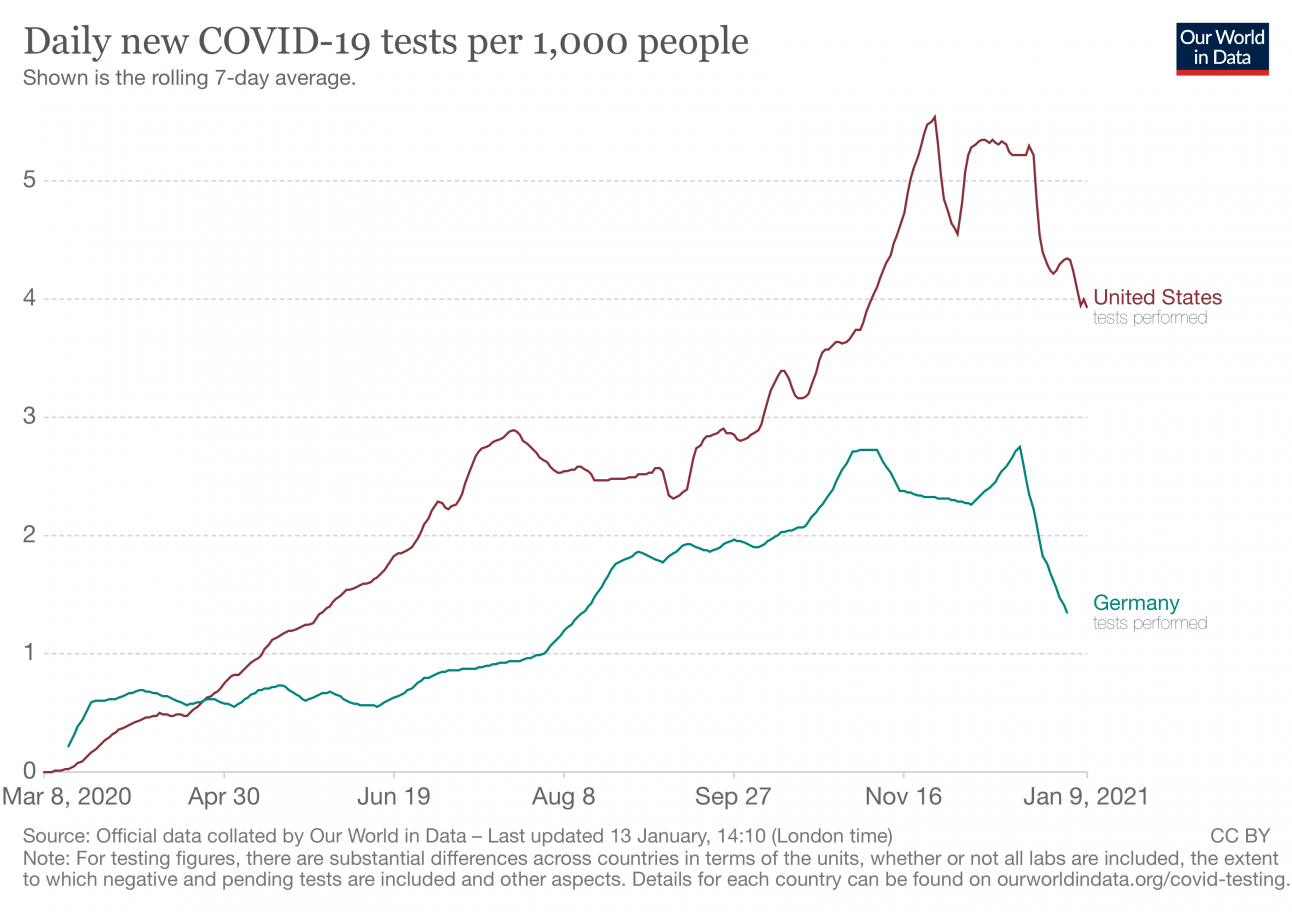 The proportion of positive tests in the total number therefore gives a better picture of the incidence of infection – and coincides with the death figures.

At the beginning of the year, the so-called positive rate in Germany was just above that in the US, as was the number of people who died from or in connection with the coronavirus: In Germany it stood 16.1 percent at the beginning of January, versus 15 percent in the US.

The positive rate in Germany had never been this high before; in the US it had been well over 20 percent before. According to data from the RKI, the rate in Germany fell back below 13 percent this week; there is no comparable figure from the US as of this week. The chart below shows the positivity rates but only up until January 3rd. 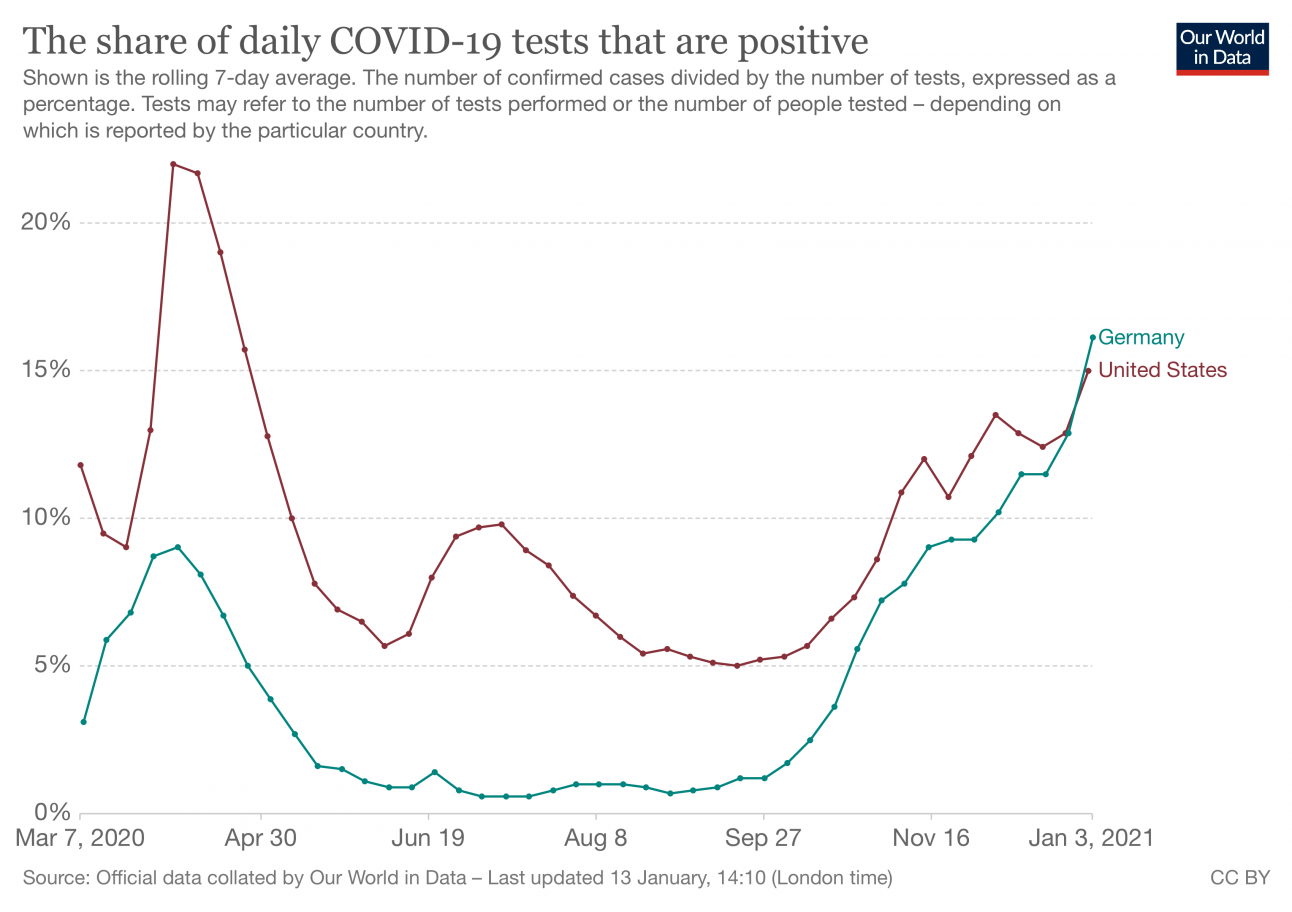 Because of their respective situations, both countries are trying to speed up their vaccination campaigns. The US, which as of Tuesday has vaccinated nine million of its inhabitants, is already moving towards gradually inoculating all people over 65 with a vaccine.

In Germany, where only about 690,000 people have been vaccinated, it will take a little longer – but millions more vaccine doses have recently been ordered.

It’s only since October that Germany, initially lauded for its coronavirus management, saw infection numbers spike amid a much more potent second wave.

The US, on the other hand, has struggled with an exponential growth in infections since the beginning of the pandemic, with various states hitting their peak at different times.

Initially Germany was also praised for its widespread testing strategy, whereas the US was criticised for falling behind and putting too many bureaucratic obstacles in the way of receiving a test.

Outgoing US President Donald Trump has been heavily criticised in recent months for his handling of the coronavirus pandemic, which he sometimes compared to a common flu.

After his election defeat in November, there was further criticism as he dealt with legal action to block the win of Democrat Joe Biden, rather than concentrating on the worsening pandemic.