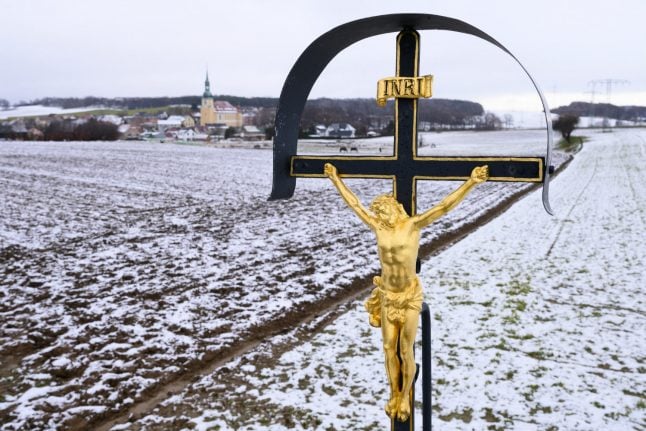 Bautzen in Saxony is one of the coronavirus hotspots in Germany. Photo: DPA

Chancellor Angela Merkel and state leaders decided last week on new tighter rules to try and stem the spread of Covid-19 to bring numbers down and ease the burden on hospitals.

As part of the new measures people living in districts with very high Covid infection rates will have their freedom of movement drastically restricted.

For districts with a 7-day incidence of more than 200 new infections per 100,000 residents, the radius of movement is to be restricted to a 15 km radius around the area you live, unless there is a valid reason to travel further.

Exceptions can include trips for work or medical appointments.

“Shopping, travelling and day-trips explicitly do not constitute a valid reason,” the government and states say.

Chancellor Merkel had been pushing for this order to come into force in regions with an incidence rate of 100 infections per 100,000 people in seven days. If Merkel had got her way, this rule would have applied to most of the country, effectively bringing travel to a complete standstill.

The travel restriction can be lifted if the infection levels are below 200 for a period of time (usually at least seven consecutive days). Note that not every state is enforcing the rule, and there can be differences in the way it is rolled out.

The map below gives an idea of the worst affected areas in Germany as of January 11th. The deep red and purple coloured areas have over 200 cases per 100,000 residents in seven days and may be affected by new restrictions. 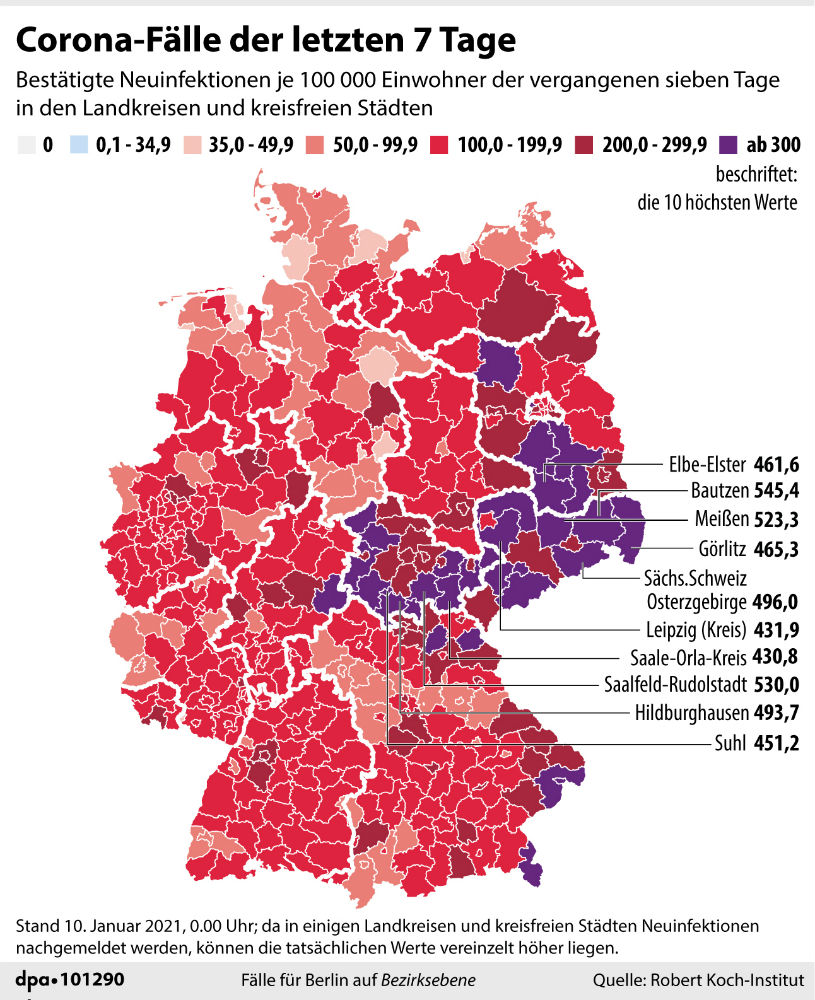 Lower Saxony does not force affected districts to apply the 15 km rule, but leaves it up to the municipalities.

No district above 200 incidence yet

In Thuringia, the radius of movement will not be restricted by decree. The cabinet agreed on a recommendation, not an obligation.

The new rule kicks in on Saturday January 16th. Read more in our story here.

Since Tuesday January 12th, the 15 km rule has also been in force in NRW.

The state government issued a regional ordinance with specifications on how and in which districts people's radius of movement will be restricted. The ordinance initially lists four districts: Höxter, Minden-Lübbecke, Recklinghausen and the Oberbergischer Kreis.

No areas of over 200 incidence reported so far.

The 15-kilometre rule does not apply in these federal states at the moment:

However, the situation can change quickly so keep an eye on your local rules (and the incidence number in your district). You'll find information on the Robert Koch Institute website.

How do you calculate a 15 km radius?

The aim is to stop people from going on day trips. The German government and states already say that in general everyone should refrain from non-essential travel, whether it's within the country or abroad.

So it's safe to say wherever you live, authorities would prefer if you didn't travel far.

If you need to calculate a 15 km radius there are a few sites where you can do that.

To work out the radius, you could try the CalcMaps calculator here.

You could also try this interactive calculator.