British citizens who live in Germany are being wrongfully barred from fights, despite having negative coronavirus tests and documents which prove their residency status.

Germany banned all flights from the UK on December 20th, along with more than 40 other countries, after a mutant strain of coronavirus led to a rapid rise in infections.

The move effectively left many residents – including myself – stranded in the UK unsure of whether we would be able to return home.

For many Brits who live in Germany it has been an expensive struggle to get back and we have had to navigate an obstacle course of testing and residency requirements, flight cancellations, “over-zealous” airline requirements, and issues at the German border.

READ ALSO: 'Everyone was panicking': Brits stranded in UK fear being unable to return to Germany

'I burst into tears'

Victoria Dobbie was due to fly from London Heathrow to Munich with British Airways (BA) on December 29th. Due to the restrictions her flight was initially “rebooked, cancelled, and rebooked again”.

In the days before her new flight on January 3rd, Dobbie didn't receive any information from the airline about boarding requirements, despite calling several times and even driving an hour to Heathrow to talk to someone in person. “It was just impossible to get anything straight out of anybody,” she says.

Then, on the long drive back from Heathrow, her flight was cancelled at the last minute. Under the new rules, airlines had to apply for clearance to fly into Germany and all BA flights were cancelled on December 31st. Dobbie spent the evening “desperately calling” different airlines and eventually booked a new flight with Lufthansa.

“I checked the requirements [given by the German authorities],” she says. “I had my Covid test. I had four forms of evidence proving I’m a German resident – I had my German health insurance card, my German rental contract, and my employment contract. I’m even an Austrian citizen and my Munich address is written in my Austrian passport.”

This is currently happening to Brits who live in Germany – barred from flights home after Brexit, despite having valid proof of residency?

They have already been stranded for weeks and have spent hundreds of pounds on tests and rebooked flights. @BritishInEurope https://t.co/P0U5cPlWz0

German Bundespolizei (federal police) have said that anyone who doesn’t yet have a residence document which many Britons in Germany do not yet have – or their Meldebescheinigung (Anmeldung registration document) can provide other documents as proof of residency, such as an employment or rental contract.

But when Dobbie was at the gate to board the plane she was turned away because she did not have her Anmeldung with her – despite having other valid documents. “I burst into tears,” she says.

“This whole past week has been an utter nightmare. I’ve spent £600 on flights hoping they wouldn’t get cancelled. Then my Lufthansa flight wasn’t cancelled but I got turned away at the gate. It’s the kind of story you couldn’t make up. It’s a running joke that we’re adding crisis management to our CV's.”

A spokesperson from Lufthansa said the airline is aware that in “some seldom cases” there have been difficulties but that the “vast majority of travel by air from and to the UK is still running smoothly”. The Local has also contacted the German Embassy for comment. 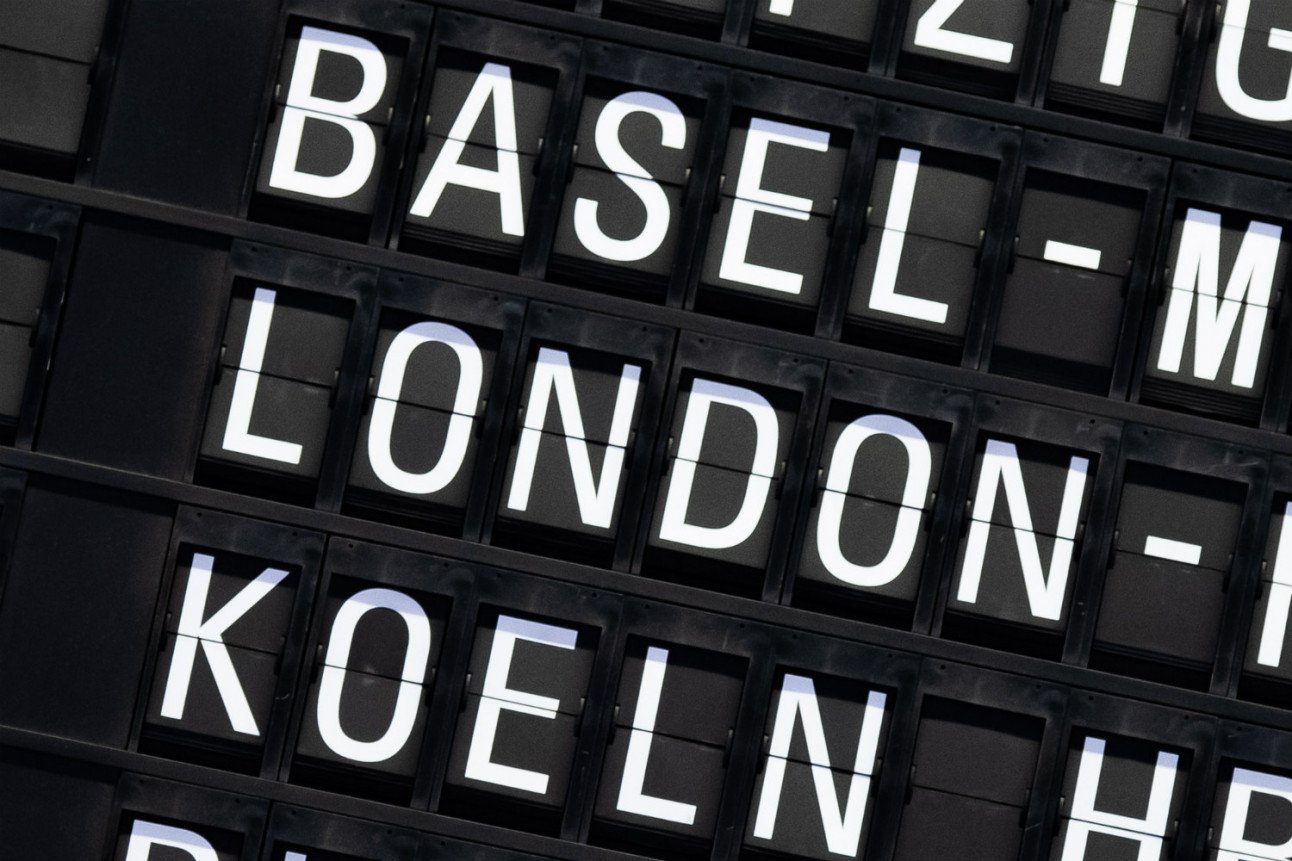 Turned away for not having a residence permit

Part of the problem is that airlines have been unclear about what they will ask for at the gate and many have asked for over and above what German authorities have said is required.

Joseph Broomfield, flying from London Gatwick to Berlin on January 1st, had his Anmeldung but was falsely told by EasyJet staff that he would be fined and turned away at the German border for not having a residence permit – despite the fact the majority of permits are only set to be issued in the coming months.

“The guy from EasyJet was certain that I wouldn’t be allowed through the gates when I landed,” he says. Broomfield knew the information was wrong and persuaded the staff to let him board, but still felt “uneasy”. “Loads of people were turned away and might not have known,” he says.

Elsewhere, people with Anmeldung documents have been taken aside and asked for German tax numbers, despite this not being asked for by Germany authorities.

Chloe Abrahams was asked for her German tax number. “I think [the Ryanair staff person] wasn't familiar with the Anmeldung. I overwhelmed the lady with paperwork, but the girl in front only had an Anmeldung and she was told she needed a tax number,” she says.

Abrahams was due to fly to Berlin on December 26th with BA. Her flight was also rebooked and then cancelled, so she booked a new flight from Stansted to Berlin with Ryanair on January 3rd.

“I feel traumatised, it's been such a weight on me,” she says. “The goalposts kept moving and that was the stressful thing.”

At airports many people have been left in tears after being turned away from flights for not having negative coronavirus tests, a requirement easily missed after Germany removed the option to take a test upon arrival at the end of December and many airlines failed to notify passengers about the change.

Matt Bristow, from British in Germany, says airlines have been over zealously applying the rules and turning away people due to residency concerns when countries themselves wouldn’t have.

He believes some rules could have been “lost in translation” and that people with valid residency documents should not be turned away. “I haven’t heard about people being turned away at the border. I think the issue is more at the UK end with airline staff not being clear on what is acceptable evidence or what that evidence means,” he says.

If you had your passport stamped – like me – your right to stay in Germany isn’t affected, Bristow says, but it could lead to questions when crossing the Schengen border in future. British in Germany are currently speaking to authorities and asking them to formally address this issue.

Dobbie has since made it home safely on a different flight. Broomfield was not turned away at the border, as he had the right documents. Abrahams has also made it home. But this may just be the start of problems for Brits as the UK takes its first steps out of the EU.

“Obviously it's a Covid situation, but I feel like we've all been chess pieces in some sort of Brexit strategy that governments are playing against each other and we're stuck in the middle of it,” says Abrahams.

“I think, sadly, this is just the first example of people running into administrative problems [because of Brexit],” Bristow says.