The rights of Brits living in Germany might be protected under the Brexit deal but that doesn't mean all local officials in Germany are to date and clued up about the rules. Many Britons will still face bureaucratic headaches so here's what to do about it.

When the German government passed the new law on UK citizens’ rights last November, there was widespread relief for those who had been worried about their right to stay in the country.

An amendment to the existing Freizügigkeitsgesetz (or EU Freedom of Movement Act), the law mandated that British residents in Germany would have the right to live, work and access benefits in the country in much the same way as EU citizens by December 31st 2020.

According to citizens’ rights campaign group British in Germany (BiG), however, there’s still widespread confusion among German officials at local Job Centres and Foreigner’s Registration Authorities about what rights UK citizens are entitled to after Brexit.

Over the past few months, the group has received several emails from concerned Brits who were given incorrect and misleading information by civil servants.

Some had been told that their unemployment benefits would be stopped in 2021 if they did not produce a valid residence permit. Others, meanwhile, were told by advisors that they were only entitled to a new residence document if they had been living in Germany for five years or more.

Part of the confusion is down to the fact that two sets of immigration rules now apply to British citizens. The first is the Aufenthaltsgesetz (the Residence Act for third-country nationals), which applies to new arrivals in the country from the January 1st 2021.  The second is the new law – the amendment to the Freizügigkeitsgesetz – which applies to Brits who move to Germany before the end of 2020.

In contrast to the Aufenthaltsgesetz, this law treats UK citizens as equivalent to EU citizens and allows them to stay in Germany under what’s known as a “declaratory” system.

In plain English, this simply means that rather than having to apply for a visa, those living here before the end of the transition are simply being asked to get in touch with their local Foreigner’s Registration Authority by June 30th 2021 to ‘declare’ their residence in Germany.

If they can prove that they were living here before the cut-off date (December 31st 2020), they’ll receive a residence document confirming their rights – although, unlike with a visa, those rights are not dependent on the document itself.

“The biggest worry is when local officials, whether in the Foreigner’s Office or other offices, do not understand the rights under the Withdrawal Agreement and say that the rules of the Aufenthaltsgesetz apply,” explained British in Germany’s Matt Bristow.

“This is incorrect as British citizens who are covered by Withdrawal Agreement fall under a different legal framework that broadly speaking gives them rights equivalent to EU citizens.” 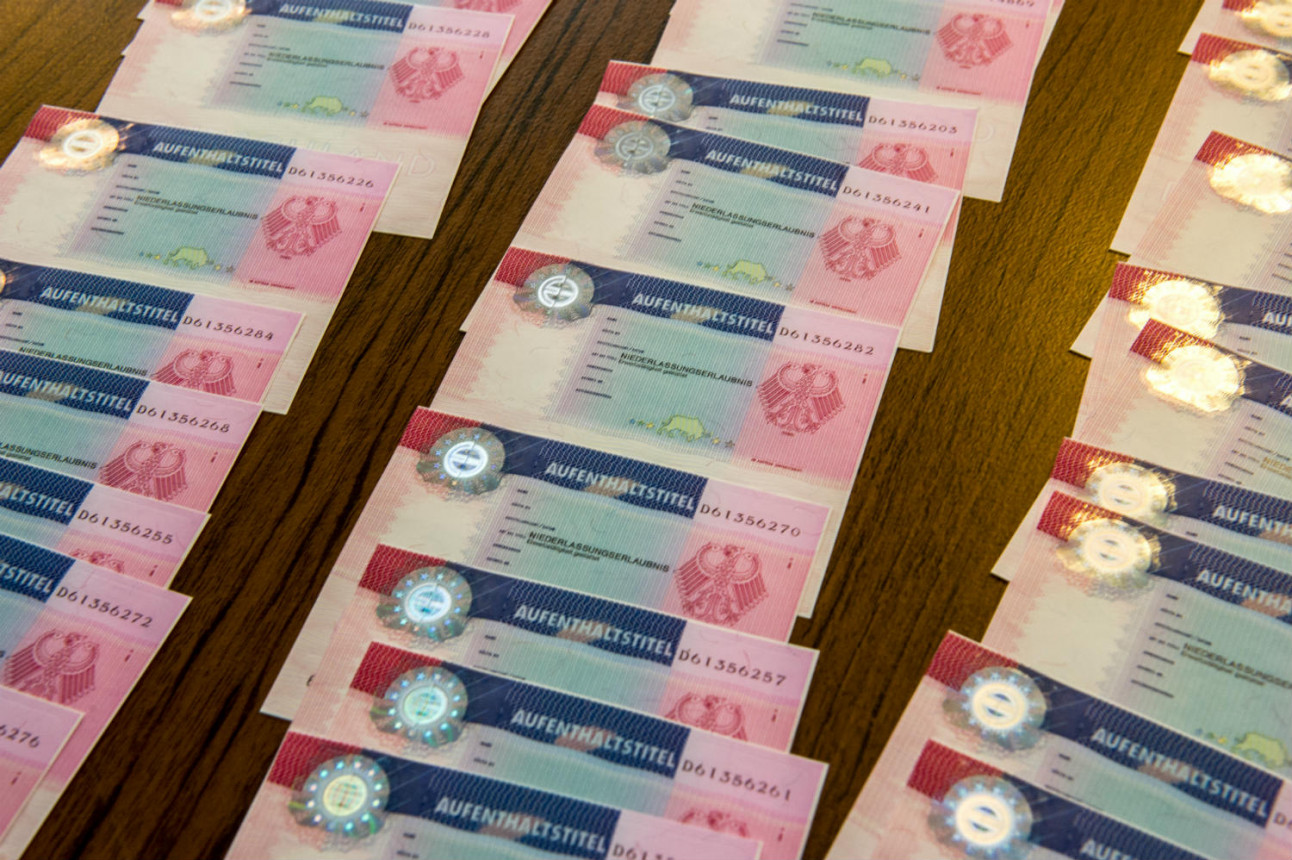 A lack of public awareness

According to BiG, Section 37 of the Withdrawal Agreement obliges EU Member States to publicise the latest information on the rights of UK citizens in the EU in local and national media and through targeted public-awareness campaigns.

So far, however, there has been no such campaign in Germany – meaning both Brits and the public officials responsible for helping them have often had to deal with piecemeal or incomplete information.

“To date, we have not seen an awareness-raising campaign through national and local media in Germany,” said Bristow.

“It is clear that there are currently issues in information reaching all local officials and being properly understood. There is of course also the concern that information is not reaching affected British citizens, particularly when many websites both at a local and a national level often are out of date or have limited or incorrect information.”

One such website happens to the website of the Bundesagentur für Arbeit – the Federal Employment Office – which currently offers bare-bones information on the transition period, but nothing on the rights of UK citizens beyond 2020.

British in Germany say they have requested that the information be updated, but so far nothing new has been added to aid both Brits and public officials in understanding the latest rules on citizens’ rights.

If you’re dealing with confused or misinformed officials at the Job Centre, the first step is to be clear about your rights – and know the right terminology to use with officials.

As Bristow points out, an Aufenthaltstitel (or ‘residence title’) is different from the document that will be issued to Brits, which is formally known as an Aufenthaltsdokument-GB (or ‘GB residence document’) and confers different rights.

READ ALSO: 'We warned you': Call for urgent action after Brits in EU denied entry

“The important thing to remember and point out to officials is that those covered by the WA have, by law, an automatic residence right in Germany,” he explained.

“They are being asked to notify their Foreigner’s Office by 30th June 2021 of their residence in Germany so they can be issued with a card that documents those rights. But the rights exist regardless of whether or not one has the card – which is different from a residency title or visa where the rights only exist at the point that they are granted said title.”

If officials are still confused about the new law, it may help to refer them to Section 16 of the Freizügigkeitsgesetz, which clarifies the rights of UK citizens after Brexit, including the right to conduct unlimited economic activity in Germany and the right to claim benefits under the same conditions as EU nationals.

The FAQs page on the website of the Bundesministirium für Arbeit und Soziales – the Ministry for Work and Social Security – may also be a helpful resource for any officials who are unclear on the latest rules.

If you are still facing barriers when trying to access benefits or work in Germany, then get in touch with the British Embassy for advice and assistance.

The Local contacted the Federal Foreign Office (Auswärtiges Amt) but they have not yet commented on the situation.

Though the fight for citizens’ rights may be at an end, the fight to have these recognised and applied is far from over.

That’s why British in Germany is encouraging anyone facing Brexit-related problems to share their experiences and personal stories with the campaign group.

So my local Ausländerbehörde have since just rejected my appointment to apply for the Aufenthaltsdokument-GB as they feel it isn't necessary, with no further explanation of what i need to do to apply for residency here!!! Extremely unhelpful und unsympathetic. @BritsinGermany pic.twitter.com/1bmC2lOBUA

“As a small volunteer organisation, we haven’t got the resources to support everyone individually with all the issues that may arise over the coming months,” said Bristow.

“That said, it is really helpful for us though to hear about everyone’s different experiences and this can make a real difference. It allows us to provide information online about the common issues people are facing, as well as lobbying relevant government bodies.”

At present, BiG is compiling information about the implementation of the new law on UK citizens’ rights and on any applications for Germany citizenship. Armed with this evidence, the group says it will work with the British Embassy and Federal and State governments to raise awareness of ongoing problems and highlight areas where officials need to do better.