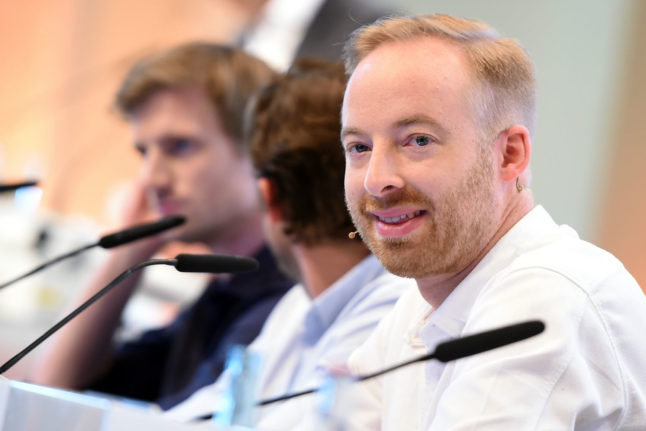 Archive photo shows Ritter (right) at a Zalando board meeting in 2016. Photo: DPA

Rubin Ritter said he would resign at the company's annual meeting in May next year “to devote time to my growing family”.

“My wife and I have agreed that for the coming years, her professional ambitions should take priority,” he said in a statement on Sunday.

Ritter, who was responsible for strategy and communication at the top of the company, said he was eager to “explore new interests beyond Zalando”. His contract was due to expire in November 2023.

There was no immediate information about what Ritter's wife would do next.

Ritter's move is unusual in Germany, where the gender pay gap remains one of the largest in Europe.

Women on average earned 20 percent less than men in 2019 according to federal statistics agency Destatis, partly because many women in Germany work part-time.

Berlin start-up Zalando was founded in 2008 and has been run by a three-member CEO team consisting of Ritter, Robert Gentz and David Schneider since 2010.

It posted revenues of €1.85 billion in the third quarter of 2020, up 22 percent year-on-year as the pandemic has boosted online shopping.

“When we started to ship the first shoes to our customers from the basement of our office, we did not know where the journey would lead us. It is impossible to overstate Rubin's impact on Zalando's success,” Gentz said.