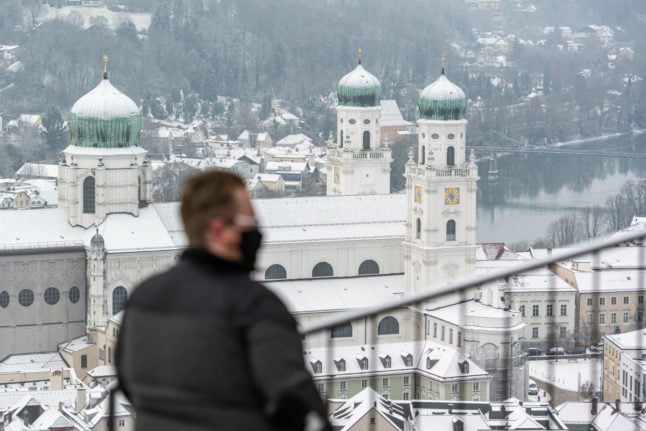 In a press briefing Thursday, the Robert Koch Institute (RKI) reported 22,046 new cases of infection within one day in Germany. The number of coronavirus-related deaths rose by 479 to 17,602, according to the data.

In the briefing in Berlin, the head of the institute, Lothar Wieler, said that the protective measures adopted by politicians had succeeded in stabilising the number of cases. This is undoubtedly a success, he said, because without the measures the current situation would be much worse.

Nevertheless, Wieler warned that the number of cases was still too high. Health authorities and hospitals have reached their limits. The number of serious cases and deaths was currently increasing from week to week. Since this development is delayed, “many more deaths” are to be expected in the near future, Wieler said.

“We are not helplessly at the mercy of this virus. Covid-19 is a preventable disease,” Wieler said, reminding people in Germany to observe the AHA rules: Abstand (keeping distance), pay attention to hygiene and – where space is tight – wearing an Alltagsmaske (everyday mask).

The special regulation has been extended until March 31st 2021, as decided by the Federal Joint Committee of doctors, health insurance companies and hospitals on Thursday. This should reduce contacts and the risk of infection, they said.

However, doctors would have to “conduct a detailed telephone interview” to personally check their patients' health status and see whether a physical examination might be necessary.

Sick leave over the phone can last up to seven days and can be extended by telephone for a further seven calendar days. The special arrangement had previously been limited until the end of the year. Police are investigating the mysterious disappearance of a wooden penis “monument” about two-metres high in the Allgäu region. But in the meantime, locals erected a new version on Thursday to withstand the chilly temperatures until the old artwork is found.

Adolf Hitler has been elected county administrator in Namibia – for a former anti-apartheid party. The Namibian politician Adolf Hitler Uunona, as he is known by his full name, achieved a full 84.88 percent of the votes in his constituency of Ompundja in the north of the country.

Namibia was part of the German colony of Deutsch-Südwestafrika from 1884 to 1915. Therefore German names and names are still widely used in Namibia today – including Adolf. However, combinations with the surname Hitler are quite unusual.

“My father named me after this man. He probably didn't even understand what Adolf Hitler stood for,” Uunona told Bild newspaper. As a child, the name seemed perfectly normal to him. “It was only when I was growing up that I understood: this man wanted to subdue the whole world.”

Unequal housework in the pandemic

During the pandemic, according to a survey, housework and family work weighs particularly heavily on women's shoulders. A survey commissioned by the Bertelsmann Foundation showed that in times with a large number of home offices and temporary homeschooling, the distribution of tasks at home follows mainly classic role models.

For the representative survey, market researcher Ipsos interviewed more than 1,000 people. “Domestic and care work has become the responsibility of women. The pandemic has shown how little has changed in the traditional distribution of roles,” criticised DGB deputy chair Elke Hannack.

According to the study, the consequences of restrictions in public and professional life and in child care services are a heavy burden especially on women.

Around 69 percent of the women stated that they mainly did the majority of general housework. Among men, only 11 percent said that they did so, according to the survey published on Thursday.