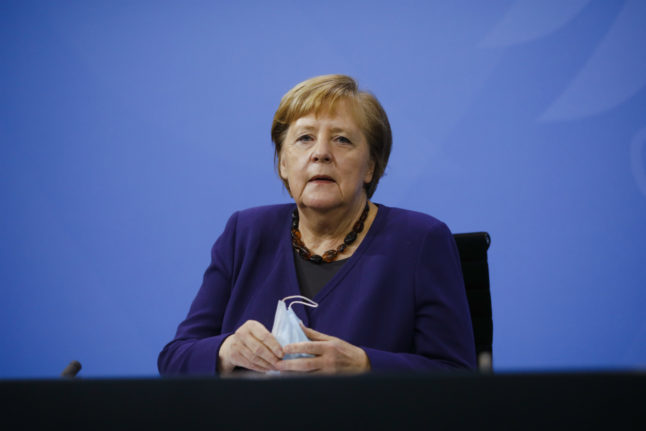 The shutdown, which has seen the closure of restaurants, hotels, cultural and leisure facilities, was initially set to be in place until at least December 20th, although Merkel had said it would likely be extended until January.

However, at a five-hour meeting on Wednesday Chancellor Merkel and the 16 German state leaders decided to formally extend it further – until January 10th.

“If the infection situation continues to develop as in the last days, we will meet again on January 4th and the states are extending the directive (for a shutdown) to January 10th,” Merkel said in Berlin following the meeting.

“In general, things will remain as they are now, with the exception, of course, of the Christmas arrangements, which were made especially for this purpose,” said Merkel, pointing to the loosened rules over the festive season to allow for more people to meet.

The Chancellor said the aim was to reduce the seven-day incidence (new infections per 100,000 inhabitants within seven days) to less than 50.

“We are a long way from achieving this,” said Merkel.

Berlin mayor Michael Müller said there had been positive signs but Germany was recording on average 170 Covid-19 cases per 100,000 residents in seven days.

The Chancellor also said the increasing numbers of Covid-19 deaths in Germany shows “the responsibility we have”.

Health authorities in Germany reported 487 coronavirus-related deaths to the Robert Koch Institute (RKI) within 24 hours on Wednesday – the highest number since the beginning of the pandemic. It brings the total number of deaths registered in Germany to 17,123.

Bavaria's state premier Markus Söder stressed that the shutdown extension had been a “clear” and “uniform” decision by the Chancellor and state leaders.

However, as agreed previously, states that manage to get their numbers down are allowed to loosen restrictions. Meanwhile, in areas where the situation is worsening, authorities have to tighten coronavirus rules.

Shutdown in Germany since November 2nd

Germany ordered the closure of restaurants, cafes, bars (except for takeaway food and drink) as well as hotels, cultural and leisure facilities in November.

Schools and shops have been allowed to remain open but with restrictions.

They also introduced tighter contact restrictions and rules, such as obligatory masks in more places.

The contact restrictions are to be eased over the festive season to allow for low-key Christmas and New Year celebrations.

On January 4th a meeting will be held to examine the situation and decide the next steps for Germany, Merkel said.