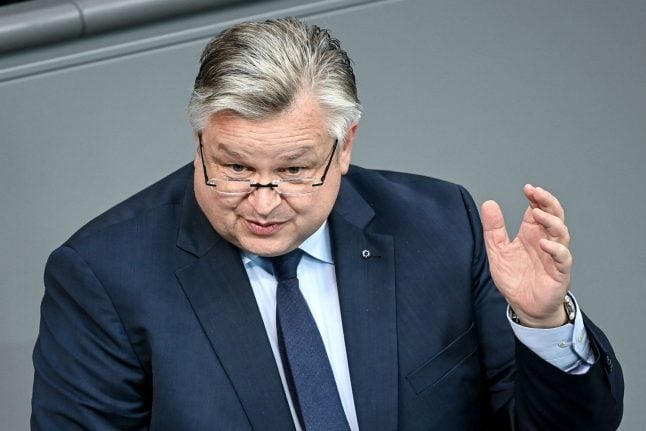 “The most disturbing thing was that with presidential fanfare of the White House, that is, with all the insignia of power, the American commander-in-chief called for an end to the count because of his purported victory,” Michael Link from the Organization for Security and Co-operation in Europe told the German daily Stuttgarter Zeitung.

“That was a gross abuse of office,” he said, adding that Trump's “claims of manipulation are baseless”.

Link warned that Trump's repeated false allegations of fraud could have far-reaching consequences.

“The major concern is that the US will not be able put back into the bottle the genie that Trump has let out.”

Link, of the Free Democrats (FDP), also serves as a member of Germany's Bundestag (parliament).

“Even if he were to admit defeat and hand over office properly, his supporters, incited by rhetoric, may see violence as a legitimate tool because they no longer feel democratically represented,” said Link.

And that is “a danger that goes far beyond election day,” added the mission chief of the OSCE, which monitors elections throughout Western nations and the former Soviet Union.

On Wednesday, the mission already released a statement saying that there was no basis to Trump's claims of cheating, and that Tuesday's vote was “competitive and well managed.”

Trump, 74, has claimed victory unilaterally before counting in key battleground states has concluded.

He has also made clear he would not accept the reported results, issuing unprecedented complaints — unsupported by any evidence — of fraud.