Driving on German roads can be fun, or terrifying, depending on your level of experience. But it is important to be aware that there are some subtle differences here to the rules in other countries. Here’s what you need to know.

Germany indisputably makes some of the best cars in the world. Even if you don’t own your own, driving a BMW or Mercedes down an Autobahn is surely on everyone’s German bucket list.

But before you hit the autobahn, or even the streets of your city, you should learn these rules.

Right before left is one of the most important rules of driving in Germany, especially in the cities. Getting used to a rule that relies on trust of other drivers can take time though.

To explain: there is a hierarchy of controls at German junctions. At the very top is the policeman: if he is on the street controlling traffic he overrides all other traffic signals. Then comes the traffic light, followed by give way, stop and Vorfahrt signs.

A Vorfahrt sign is a yellow diamond inside a white diamond and signals that your street has priority regardless of whether a car is approaching a junction from your left or right side. 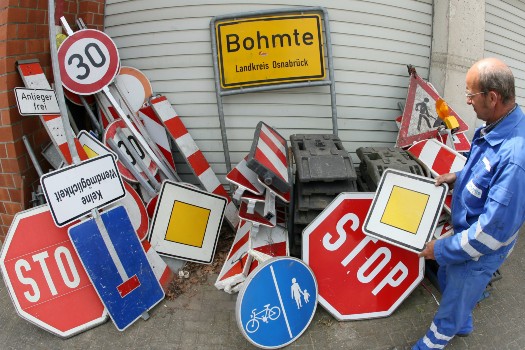 But, if there are no signs, then the principle of Rechts vor Links kicks in. This is very common in inner cities. Even if you think your road is bigger, if a car approaches from a smaller road on the right you need to give way to them.

This also applies to bicycles. If the car approaches from the left though, you have priority.

Even Germans don’t always get this rule right. Just sit for an hour at a busy junction where this rule applies and you are sure to see at least one argument.

To be fair, this isn’t so much a rule as a way of life. Freie Fahrt für freie Bürger means free travel for free citizens and is a slogan from the seventies referring to the joys of an autobahn without speed limits.

In case you haven’t noticed, people drive fast on the far left lane of the autobahn.

According to the law, the minimum speed for driving on the left lane is 60 km/h. In reality don’t even think about pulling over there on a three-lane motorway unless you're doing at least 120 km/h.

Literally meaning the “order to drive on the right”, the Rechtsfahrgebot applies on the autobahn and is there to stop slow drivers blocking the faster lanes.

Essentially it means that you should, whenever possible, drive on the right lane (which is the slow lane). Sticking to the middle or left lane is actually forbidden, even though many drivers do it anyway.

The rule has been relaxed in recent years though, as travel authorities have come to see that forcing people to change lanes all the time can actually make the roads more dangerous.

Now the law states that one is permitted to stay in the middle lane when there is slower traffic on the right lane “now and again.”

According to the German Automobile Club, if your next overtaking manoeuvre will happen in the next 20 seconds you are allowed to stay in the middle or left lane.

People who fail to adhere to the rule risk an €80 fine and one point on their licence. 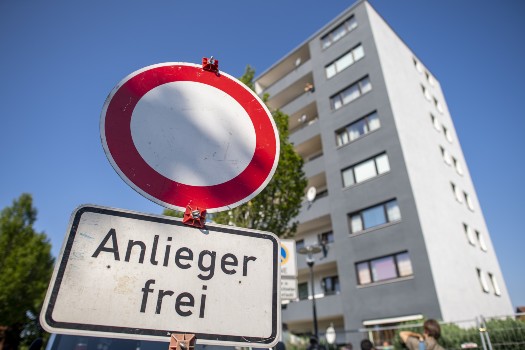 A sign that you will come across on a lot of small roads is a red circle with a white centre and the words “Anlieger frei” underneath it. This is such jargon, even people with good German might not understand it at first.

The word Anlieger doesn’t exist in German law, but it refers to someone with an “anliegendem Grundstück” (adjacent plot of land). So the sign literally means “free for adjacents.”

All you need to know is that you are not allowed to use the street unless you live on it or are visiting someone who lives there. Or, if you own a garden there you are also allowed to use it.

Fines of €50 will be slapped on transgressors. 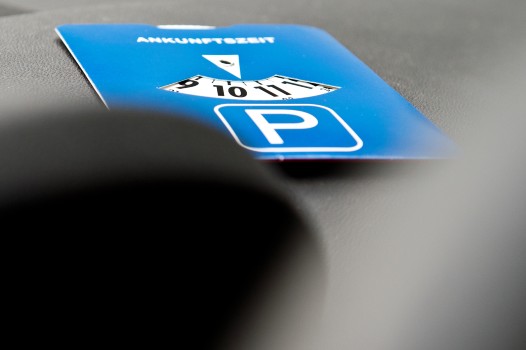 Many parking places in Germany allow you to park for free but only for a set amount of time. To allow traffic wardens to monitor this, every car has a Parkscheibe, which is a little blue and white disk that you put on your dashboard. You adjust the time on it to the closest half hour after you park.

Typically, you can park for an hour without payment. You are not allowed to just return to your car and move the time on the disk at the end of the hour.

If you’ve ever driven on a German autobahn then you've probably been stuck in traffic at some point. Crashes are fairly regular occurrences on the busy interstates.

So that ambulances can get to the site of the accident as quickly as possible, all the cars that come to a stop behind the crash need to build a Rettungsgasse (rescue lane).