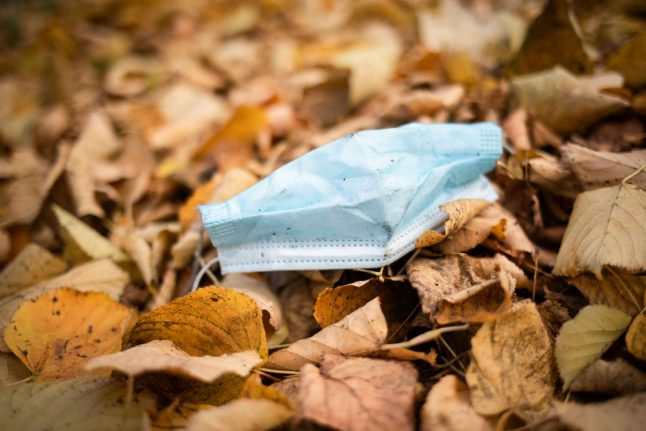 On Tuesday, Germans were preparing themselves for tough new measures to tame a surge in coronavirus infections, with media reporting that a concerned Chancellor Angela Merkel is pushing for a “lockdown light”.

Merkel is due to hold crisis talks on Wednesday with the leaders of Germany's 16 states, where she is expected to warn of a dire winter ahead as case numbers climb to record highs and hospital beds fill up.

Economy Minister Peter Altmaier warned that Germany was seeing “exponential growth” in case numbers and would probably reach “20,000 new infections per day” by the end of the week.

Two hard-hit districts in Bavaria have already gone back into lockdown, with schools, kindergartens and nurseries closed and people needing a valid reason to leave their homes.

Bavarian premier Markus Söder, whose popularity has soared during the pandemic, said time was running out to counter the upward trend and pleaded for tougher, nationally applicable rules.

“Better to do it now and do it right, than late and half-hearted,” he told his regional cabinet on Tuesday.

It came as Germany's best-selling Bild daily said Merkel is set to propose a “lockdown light” that would close restaurants and bars, put strict limits on private and public gatherings but keep shops, schools and daycare facilities open.

Under Germany's federal system, individual states have the final say on which restrictions to impose, and some less affected regions are likely to bristle at measures that will inflict more economic pain.

Germany coped relatively well with the first coronavirus wave earlier in the year but numbers have risen rapidly in recent weeks, as they have across the continent.

The number of new daily cases now regularly crosses the 10,000 mark, with more than 11,400 new infections reported on Tuesday, according to the Robert Koch Institute (RKI) for disease control.

That is still well below figures seen in neighbouring France, where daily cases have topped 50,000, or Belgium where hospitals are reaching capacity.

'We're not partying this time'

Several cities across Germany have already taken the drastic step of cancelling their Christmas markets this year, including the famous Nuremberg “Christkindlesmarkt” that usually attracts over two million visitors.

Cologne mayor Henriette Reker on Tuesday said alcohol consumption would be banned on the city's streets on November 11th, the day that normally kicks off its huge carnival celebrations.

“We're not partying this time,” she said.

Germany has recorded 449,275 coronavirus cases since the start of the pandemic. A total of 10,098 people have died so far, according to RKI figures.

The number of coronavirus patients in intensive care in Germany has surged from just under 400 in early October to 1,470 by Tuesday.

READ ALSO: 'There needs to be a complete lockdown again': How well is Germany handling the coronavirus second wave?