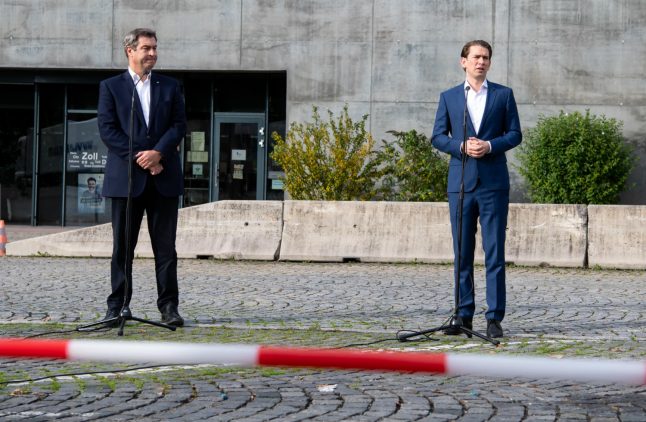 Anyone who enters the southern German federal state from a foreign risk area for professional or educational purposes at least once a week must regularly submit Covid-19 tests to the relevant health authority.

The tests cannot be older than 24 hours and must come from a testing laboratory. The result must be written in German or English.

Anyone showing Covid-19 symptoms must also inform the authorities.

This will particularly hit Austria and the Czech Republic, which both lie on the border with Bavaria, affecting thousands of cross-border workers.

As of Saturday, Germany will officially classify Austria, with the exception of Carinthia, as a risk area. European Affairs Minister Karoline Edtstadler (ÖVP) will visit Bavarian state premier Markus Söder in Munich on Tuesday to discuss these issues, among others.

The Czech Republic has one of the highest infection rates per 100,000 inhabitants in Europe and is considered a risk area

READ ALSO: UK, Switzerland and most of Austria placed on Germany's quarantine list

A country or region is declared a risk zone in Germany when the number of coronavirus cases hits 50 infections per 100,000 residents in seven days.

Authorities are desperate to avoid border closures which caused chaos in the first wave of the pandemic.

“Our aim is to keep the borders open,” Söder said on Wednesday, while announcing tougher measures for Bavaria. But added: “If you want to keep borders open, you must also ensure greater security.”

A fortnight ago, Chancellor Sebastian Kurz visited Söder to discuss the crisis.

“The most important thing is that the borders remain open, and we must do everything we can to ensure that this happens,” the two leaders said.