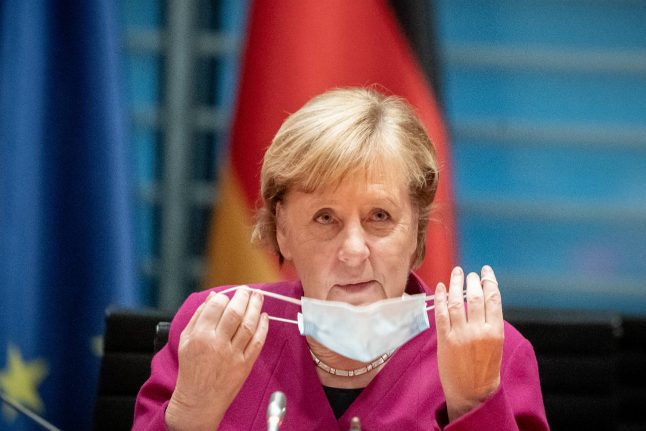 The proposals to be discussed with premiers from Germany's 16 states later Wednesday would see the restrictions kick in once an area records 35 new infections per 100,000 people over seven days.

Previously, Germany had used a yardstick of 50 new infections per 100,000 as the threshold when tougher restrictions would apply.

Merkel has in recent days repeatedly voiced alarm about contagion growing again and urged the country not to squander its early success in keeping numbers manageable.

She has cited as her priorities keeping schools open so that the country's youth would not lose more education time as well as ensuring that most of the economy can keep going.

But new infections continued their uptick on Wednesday, pushing past 5,000 cases in 24 hours — a level not seen since a lockdown imposed on Europe's biggest economy in the spring.

The draft document takes aim at private gatherings, which it notes can help propagate the virus and makes an appeal to citizens to “critically weigh up in each case, whether, how and in what extent private parties are necessary and justifiable given the virus situation”.

It also pledges to extend help for companies whose businesses have been hurt by the restrictions.

It also warned that yet further restrictions could be imposed if the upwards trajectory of new infections is maintained.

New rules on the controversial ban on accommodation are not included in the draft. Instead, German residents are “urgently” urged to avoid unnecessary travel out of risk areas, as well as into inner-German areas with high infection rates.

In many states travellers from areas with high infection rates already have to present negative coronavirus tests if they want to stay in hotels or pensions.

Overnight stays with friends and family, however, are allowed. The regulation had caused heated debates in many states in view of the autumn holidays.

“The thing is, unity is desirable but unity is not an end in itself,” he said.

“It is not certain that all participants will come to the same conclusions today.”

Merkel advocated for unified and clear decisions to be made at Wednesday's meeting.

“Do we want to take a bold step or meet again week after week like in spring?”, said the CDU politician according to participants.

Lothar Wieler, the head of Germany's disease control agency RKI, meanwhile urged vulnerable groups to get their seasonal flu shots this year to avoid overwhelming the health system with both flu and Covid-19 illnesses.

“We're in a situation where I think we can still flatten the exponential growth but for that we all need to make an effort,” he said.