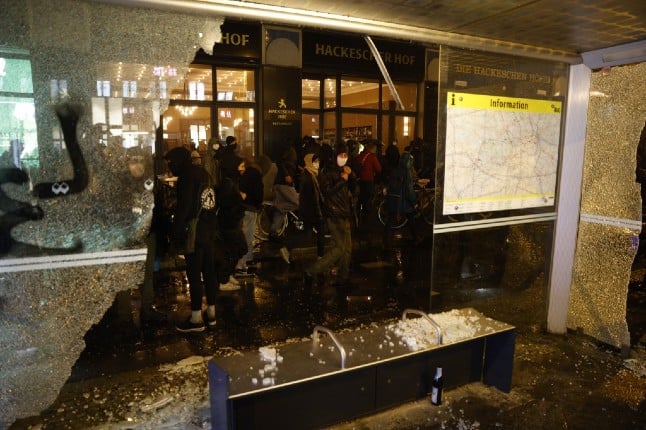 Masked protesters next to a smashed up bus stop in Berlin. Photo: Odd Andersen/AFP
Berlin mobilised hundreds of law enforcement officials to remove residents of the “Liebig34” site in Friedrichshain, a hip part of former East Berlin where property prices have risen sharply. It went off peacefully.
But in the evening, hundreds of masked and black-clad protesters marched in a driving rain from central Mitte shopping district with a banner: “Defend free spaces, remain on the offensive.”
Shop windows and cars were set ablaze, police said, adding officers had been pelted with bottles.
Fire crackers were also set off in the central streets, with a thick cloud of smoke rising. A bus stop was destroyed.
Berlin police said they deployed 1,900 anti-riot officers to contain the violence over the removal earlier of people from the squat, which was rife with symbolism.
After the fall of the Berlin Wall, blocks of abandoned houses in the east of the capital were taken over by students, young people, artists and activists. Some of the squats were subsequently legalised as housing projects.
The self-described “anarchist-queer-feminist” building on the corner of Liebigstrasse, with a facade covered with graffiti and banners, has been offering shelter to about 40 women, trans and intersex people since 1999.
A bar and a self-managed cultural centre helped the collective to raise part of the money needed to pay the rent.
But investor Gijora Padovicz, who owns the building, decided in 2018 not to renew the lease for Liebig34.
Faced with the residents' refusal to leave their homes, he filed a lawsuit, which he won, culminating in Friday's eviction.
READ ALSO:
Police removed residents one by one from the four-storey building, an emblem of Berlin's fading “poor but sexy” image, the marketing slogan of the city's former mayor Klaus Wowereit.
Protesting against the police action, Anna Mai, whistle in hand on the edge of the police cordon, said Liebig34 was “a symbol of the diversity of this city which shouldn't only belong to the rich. Berlin is dying”.
“It goes against human rights to throw people out on to the street in the middle of a pandemic, when they cannot pay their rent,” Moritz Heusinger, lawyer for the Liebig34 collective, told AFP. “They are becoming homeless.” 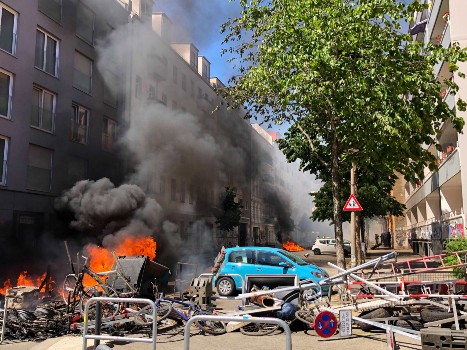 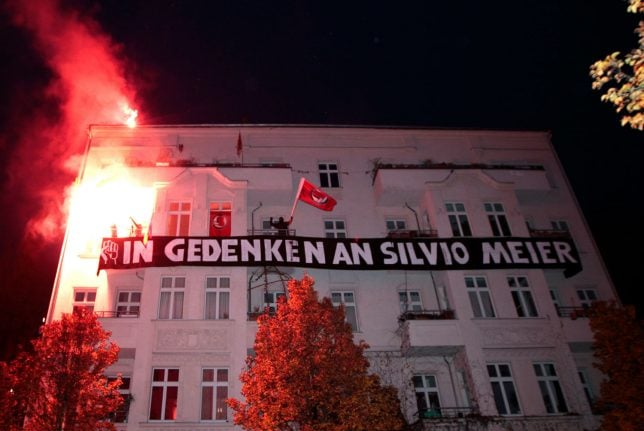 Its facade covered in murals and anti-capitalist graffiti, the occupied building at 94 Rigaer Strasse is among the squats that mushroomed across the city after the fall of the Berlin Wall.

Numerous attempts have been made in recent years to clear the squat, but each time they have ended in violence.

Ahead of Thursday’s planned fire protection inspection, police had declared the zone a restricted area and banned all demonstrations in the environs.

But as officers arrived on the scene to secure the area, they were met with a hail of stones flung from roofs and the street.

Firecrackers were also hurled from windows and barricades set up by far-left activists were set on fire.

Police said officers were attacked by “around 200 people from the street and from the roof with stones”.

“Material was brought on the street and set on fire,” they added on Twitter.

As water cannons were brought in to put out the fires, officers partially withdrew from the scene.

But they later returned, backed by climbing experts, who were helping them get on the roof of the building to remove stones placed there by residents, added police.

Officials have planned a heavy deployment lasting into Thursday.

Berlin’s interior minister Andreas Geisel vowed a tough crackdown on the militants, saying there can be no special treatment or a “law for Rigaer Strasse”.

Rigaer 94 has been branded by Germany’s domestic security service as the centre of Berlin’s anarchist scene.

While some want to see the counter-culture bastion wiped off the capital’s map, others have defended it as a vestige of an old Berlin rapidly disappearing as property prices and rents rise sharply. 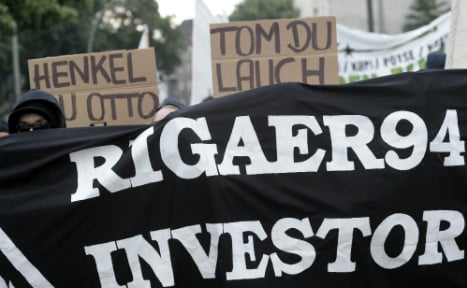