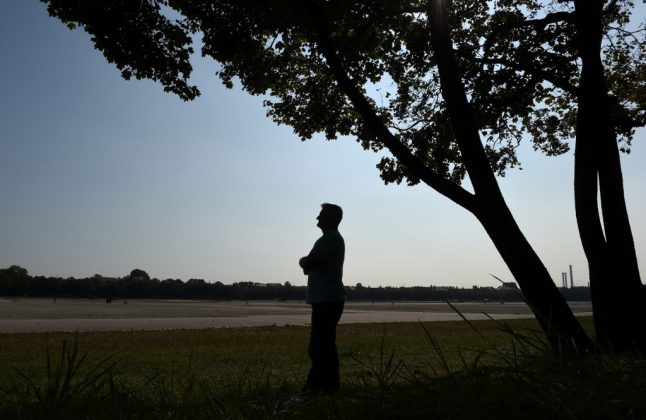 He was just at the exit of the popular beer festival with his parents and four siblings when he saw a man with his arms in the rubbish bin, towards which his family was headed.

But at that moment, the bomb went off.

“There was a huge flame, I was thrown back several metres,” Robert Hoeckmayr, who has since taken his wife’s family name, told AFP in an interview.

A bomb in the trashcan had exploded just steps away from the merry-go-round and the beer tents.

Thirteen people — including the bomber Gundolf Koehler — were killed and more than 200 injured.

Four decades on, prosecutors in July finally classed it a political attack — the deadliest far-right assault in post-war Germany. Investigators initially assumed the 21-year-old Koehler was a depressed geology student, who had acted because of relationship problems and exam stress, downplaying his known links to the extremist scene.

But further revelations about the extent of Koehler’s involvement with the far-right and speculation he may not have acted alone prompted prosecutors to reopen the investigation in 2014.

After interviewing over a thousand witnesses and combing through 300,000 documents, investigators believe Koehler aimed for the attack to be blamed on the far left.

His goal had been to influence that year’s general election and usher in a conservative candidate as chancellor.

The 40th anniversary of the attack on Saturday comes as far-right violence is once again on the rise in Germany, with a deadly attack targeting a synagogue in Halle in 2019 and another that left nine people of migrant origin dead in Hanau in February.

Hoeckmayr (pictured below) did not want to be drawn into discussing the political extremism that has sparked the violence. For him, more must be done to help survivors.

“I don’t care from which side the attack comes from, the survivors need to be better taken care of,” he said.

Hoeckmayr’s experience underlines how the devastation wrought goes on far beyond that fateful day. His eight-year-old sister Ilona was killed on the spot. His little brother, six, died on the way to the hospital in the ambulance. His parents were severely wounded.

His sister Elisabeth survived but died of a drug overdose at 24. His brother threw himself under a train in 2008, at age 42.

“They could not stand the pain. I am the sole survivor in this family,” said Hoeckmayr, now 52 and a Munich city official.

He has had 41 operations to remove metal shards lodged all over his body.

“They didn’t manage to remove all of them,” said the tall man with greying hair.

But what was even more difficult to heal was the feeling of being “abandoned” by the German state after the attack.

“We were never offered psychological help. Several months after the attack, the doctors declared that I was healthy, just because I could walk,” he said.

It was thanks to his wife and three children that he was able to pick up the pieces.

“They gave me the energy to live.”

Beyond the lack of psychological support, he is also angry about the low level of financial aid provided to people wounded in the attack.

But that may soon change, with the city of Munich, the Bavarian state and Chancellor Angela Merkel’s government to stump up 1.2 million euros ($1.4 million) for victims of the attack.

For Hoeckmayr, “40 years later is too late”.

“It’s not just about money but about helping people who have experienced terrible things to return to society,” said Hoeckmayr, who refuses to be labelled a victim, saying he is a survivor.

He will participate in a ceremony on Saturday when Munich inaugurates a new information site that tells the story of the attack.

Underlining its importance, he said: “Here too, many people know that something happened on September 26, 1980, but they don’t know what it is.”