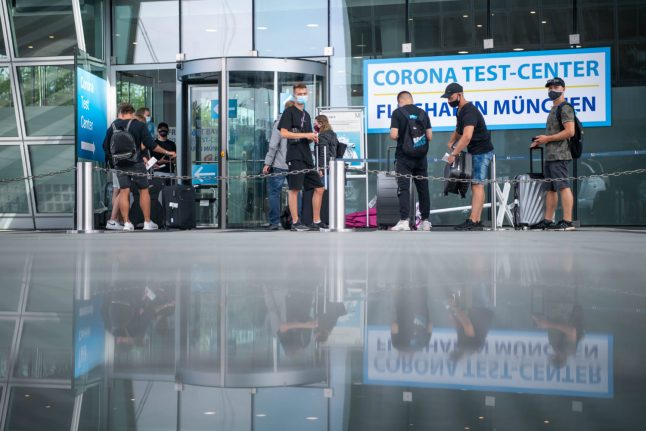 Earlier this week top virologist Christian Drosten, of the Charité in Berlin, suggested shortening the isolation period under certain conditions for people suspected of having Covid-19 on his NDR podcast, the Coronavirus Update.

Currently people have to isolate at home for 14 days if there's a risk they could have the infection. But Drosten said research shows that people are no longer infectious after five days.

“We know that the vast majority of people are no longer infectious five days after the onset of symptoms, even if the PCR test still shows a positive result,” he added.

Drosten also suggested that the five days should not be “wasted” on being tested. Instead, people should only be tested after the five days have elapsed to see whether they were infected, and are still infectious.

He said that authorities needed to consider how long quarantine periods should last so that they don't turn into lockdowns.

“What can you do in reality so that you don't have a de facto lockdown?” he said. “It's no use having all kinds of school classes, all kinds of workplaces under weeks of quarantine.”

Christine Aschenberg-Dugnus, health policy spokeswoman of the FDP parliamentary group, also spoke out in favor of a quarantine of only five days.

She told Die Welt that this would increase acceptance among the population and at the same time ease the situation when it comes to conspiracy theorists and coronavirus deniers.

The Green health politician Kordula Schulz-Asche said: “For most of the population, it can make sense to first go into a shortened quarantine if there is a suspicion of contact with an infected person and to conclude this with a negative test.”

However, Detlev Spangenberg, health policy spokesman of the Alternative for Germany (AfD) faction, sees Drosten's statement as confirmation of the AfD's opinion “that the measures taken so far were hastily and applied in an unbalanced way”.

Karin Maag, health policy spokeswoman of the centre-right Christian Democrats parliamentary group, said the idea was being looked into.

She said the federal and state governments had commissioned the Health Ministry and the Robert Koch Institute to “evaluate the existing situation on quarantine – and then present a report in exchange with European partners”.

On this basis, it would then be decided whether a shortened quarantine could be recommended.

Currently anyone returning to Germany from a risk zone has to enter a quarantine for five days before receiving a test. This is to ensure that infections picked up on the last days of travel are caught by the test.