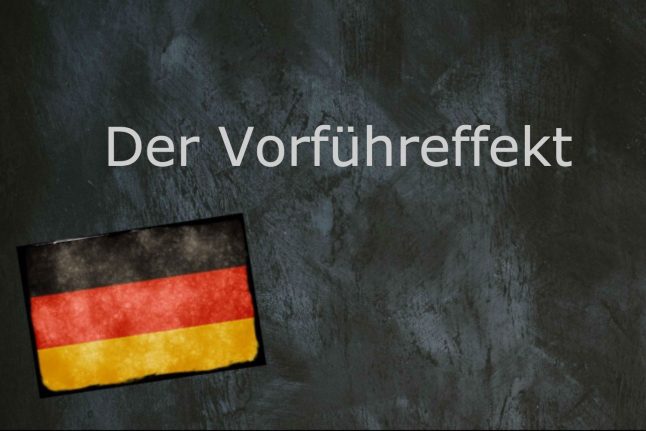 Have you ever been faced with a frozen computer screen, but then as soon as you explain the problem to somebody and ask for help, it magically comes back to life?

Or woken up to find all of the taps running stone cold, only for the hot water to return as soon as the plumber arrives?

Perhaps you’ve sat comfortably at your desk and happily flicked through your Powerpoint presentation, complete with state-of-the-art slide transitions and sophisticated embedded YouTube videos, but have then been faced with hundreds of blank stares as the whole thing freezes before your eyes as soon as you’re presenting to an audience?

READ ALSO: 21 phrases to help you get on in a German workplace

The word can be broken down into two parts, “Vorführ” taken from the verb “vorführen”, meaning to demonstrate or present, and “der Effekt”, the effect, and is loosely translatable as “when something suddenly behaves differently as soon as you try to show it to someone”.

And it seems not even those at the top of their field in engineering and design are immune, as evidenced at the grand unveiling of Tesla’s then latest model “Cybertruck” in November 2019, Allegedly “shatterproof” windows – well, shattered – during the vehicle’s debut, much to the amusement of the live audience. So the next time it happens to you, a simple reference to “der Vorführeffekt” is all that is needed to explain away the embarrassing ordeal.

I swear it was broken just a second ago… is this the demonstration effect?

It was so embarrassing – a real demonstration effect – the TV turned back on as soon as he arrived!