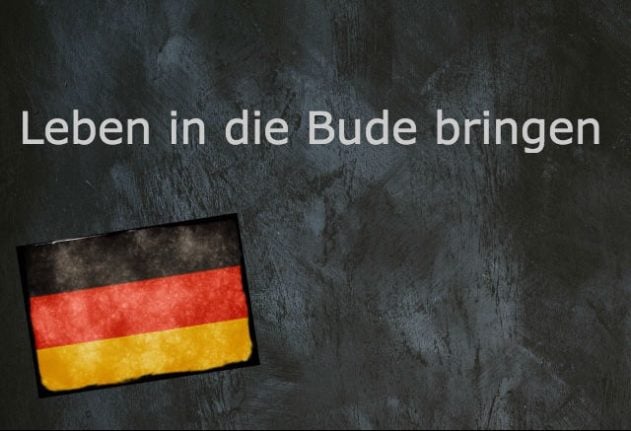 The expression 'Leben in die Bude bringen' is a fairly simple one to break down. 'Das Leben' is the German word for life, the verb 'bringen' simply means 'to bring', and the noun 'die Bude' can be used to refer to any room or enclosed space.

These words combined, the phrase describes the act of bringing some element of life into a space – to liven or shake things up.

So, if the colloquial German expressions you have at your disposal are getting a bit tired or overused, this simple phrase can quite literally spice things up.

Be it a new piece of furniture, a kick of chili that adds an extra something to a recipe or an impulsive decision, you now have the perfect phrase to describe its effect.

A party might be another good scenario in which to use the expression, where music, entertainment or the arrival of a social butterfly might all be said to bring 'Leben in die Bude'.

If a person is the cause of this new sense of life in the room, they may also be described with the term ‘der Spaßvogel’.

Although the world literally translates to 'fun bird', it has nothing to do with the animal kingdom, instead describing a person who is a constant source of entertainment and is constantly cracking jokes.

We always go out to eat at the same restaurants. Let’s shake things up!

If you painted the walls yellow, that would really liven things up.

When Eddie arrived at the party, he really livened things up. He’s a real jokester.